Home News Ahead of the Budget Posse 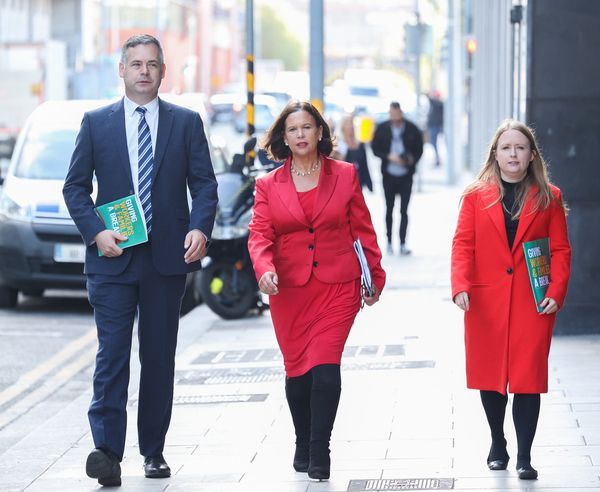 Pic of Day: Sinn Féin President Mary Lou McDonald, spokesperson on Finance Pearse Doherty, and spokesperson on Public Expenditure & Reform Mairéad Farrell about their business in Dublin today as the party launched its Alternative Budget 2023 in the Clayton Hotel. The government's budget will be unveiled next week. Photo by Sam Boal/RollingNews.ie.