Home Opinion ADAMS: 'We are not invisible' Say Springhill Families 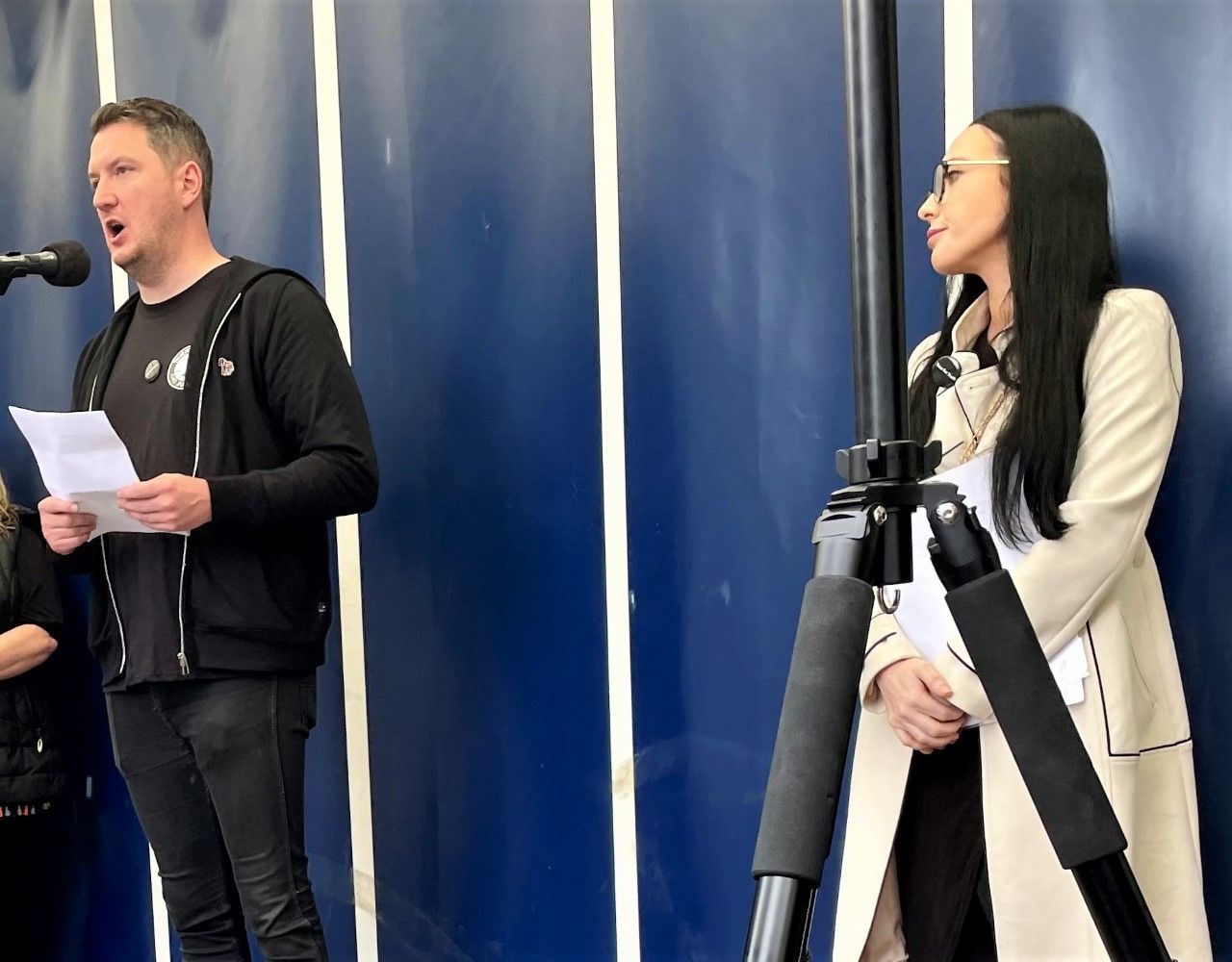 ADAMS: 'We are not invisible' Say Springhill Families

Last week, the family of Loughlin Maginn settled a case against the British Ministry of Defence and the PSNI over his murder by the UDA in August 1989.

While it had been widely accepted for the previous twenty years that collusion between the British Army, RUC and unionist paramilitaries was an integral part of Britain’s dirty war in Ireland it was the murder of Pat Finucane in February 1989, and then of Loughlin Maginn in August that year, which focused significant attention on this practice and confirmed that collusion was a matter of administrative practice.

The UDA produced photo montages from British Army and RUC files and a video all purporting to identify suspected republican activists, including Mr. Maginn. As a consequence, the British state was forced to establish an inquiry under John Stevens. It was to be the first of three investigations by Stevens.

One result of this investigation was the arrest of Brian Nelson, a British agent at the heart of the UDA, who was responsible for targeting victims with information provided by his handlers in the Force Research Unit of the British Army.

The extent of British Army and RUC collusion with unionist death squads was exposed by Stevens who in May 2011 told a Westminster Parliamentary Committee that of “the 210 people we arrested only three weren’t agents.”

Following their settlement with the British Ministry of Defence and PSNI the Maginn family expressed their determination to continue their demand for truth. To that end they are seeking a fresh inquest. They are not alone.

Two weeks ago hundreds of families of victims took part in a Time for Truth march and rally to Belfast City Hall against the Bill of Shame. John Finucane MP, whose father Pat was shot dead in front of him, called on the British government to “bin this flawed legislation without delay.”

Addressing the rally, Natasha Butler, whose grandfather, Patrick, was one of those killed in the Springhill/Westrock Massacre, described the Bill as a Tory government commitment to an amnesty “for British Armed Forces who had murdered and maimed Irish citizens like the Springhill/Westrock victims … this Bill will remove their basic human right to access any legal route to vindicate their loved ones.”

Natasha also spoke of the deep hurt and trauma for families who have campaigned for decades for truth, and of the exhausting experience all of this has been for her mother. In a powerful message to the British government and its new Prime Minister Natasha said: “From the people you choose not to listen to – We are not invisible: You are not invincible: You must bin the Legacy Bill of Shame.”

This too must be the objective of all those who support the families. Any approach to legacy matters must be human rights compliant, must protect the rights of victims and uphold the rule of law. The legal rights of families must be protected and the mechanisms agreed at Stormont House in 2014 should be implemented in full.

During one of the many excellent events at last month’s Féile An Phobail Kevin Gamble, Féile Director, committed the Féile to playing a role within the arts community to counter the official narrative from the Dublin establishment about the North. The event, chaired by Clíodhna NicBhranair of Áras Uí Chonghaile, was titled "Our Ireland Also."

Historians Liz Gillis, Lorcan Collins, Tom Hartley and Cormac Moore, all accomplished authors, explored the partitionist mindset of the southern state and its origins. It was a fascinating and well attended discussion. The panel was informed and entertaining and the speakers were very obviously pleased to have an engaged and interested audience.

Points made included the recent RTE coverage of the handover in 1922 of Dublin Castle to the Provisional Government by the British, and the repeated assertion by RTE commentators that this was the day the British Army left Ireland. This is clearly inaccurate. From the audience input it is also very offensive to many of us.

Concern and anger was also expressed about how the Republic of Ireland is often described as "Ireland' and the North is often presented as a distinct entity which is not part of the Irish nation. Instead, the term Ireland and Northern Ireland are the preferred narrative of elements of the Dublin political establishment and other vested interests. Some audience members felt that citizens in the Six Counties are presented by those of this mindset as less Irish than citizens in the 26 Counties.

RTE, "The National Broadcaster," mar dhea, came in for particular attention, including the exclusion of citizens in the North from RTE competitions and from Gaelic games coverage and some other programs. So too with weather forecasts or traffic updates. The North usually does not feature. Annoyance was expressed in particular about the infamous use of a map of the southern state as a map of Ireland in some RTE shows.

So what to do about this? I agree with Kevin Gamble that the arts community can help to bring attention to this false narrative. The Decade of Centenaries could provide platforms for this. RTE needs to be challenged over its coverage and lack of coverage, and in particular the tone of its "national" broadcasting.

I think It is up to every one of us with an interest in these matters to take our own wee initiatives. It was suggested at the Féile event that we should write to RTE Director General Dee Forbes; or to the Dublin newspaper editors. Readers of this column will know yourselves what you can do. And it should not be left to northerners. This partitionist newspeak may affect northerners more directly but it is symptomatic of a national malaise. It is a national issue. So readers of this column throughout Ireland, or the diaspora, should raise these issues wherever you can and wherever you are.

The battle to Save Moore Street – the historic last meeting place of the 1916 leaders and from where they were taken to be court-martialed and executed by the British – has taken many twists and turns over recent months and years.

Last week, Sinn Féin TD Aengus O’Snodaigh spoke in the Oireachtas on the crisis surrounding An Bord Pleanála, the body responsible for determining planning applications in the South, to raise concerns about the threat posed by the current developer plans for Moore Street.

Teachta Ó Snodaigh told the Oireachtas that government and council officials lined up “with the current owner of the site to offer a package for loss of earnings to the area's street traders. However, that €1.7 million was tied to three conditions, thus making it a bribe.”

These conditions would have obliged the traders on the ministerial Moore Street Advisory Group to endorse the developers plan, and a report to the Minister that also supported the developer’s plan, and to give a commitment not to submit any planning objections. Ó Snodaigh said: “That is a bribe - there are no two ways about it - because it is conditional.”

Several months ago An Bord Pleanála refused to allow oral hearings into the developer’s plans that will see much of the historic 1916 battlefield site demolished. This is despite the rules which allow for oral hearings in cases of applications involving national and significant issues, or when such hearings are requested. The national monument and the Moore Street development clearly fit this criteria and the Moore Street Preservation Trust was among many who asked for oral hearings to take place.

The campaign to save Moore Street is reaching a critical point. Campaigners seeking to save this historic site need your help. And with probable legal action looming – your financial support. For more information on all of this log onto https://www.facebook.com/MooreStreetTrust/