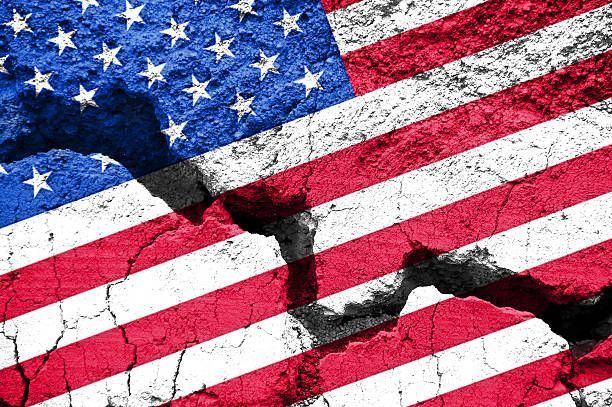 Is America broken? It’s a question that is posed with increasing frequency.

I used to dismiss it out of hand. This country has come through so much – escape from British colonialism, a civil war to prevent the Southern slave-owning states from seceding, a Civil Rights campaign allied with national protests against a disastrous war of choice in Vietnam.

Yet so much divides us nowadays, you might say. Indeed it does, but that’s the nature of a democracy. Unlike Putin’s Russia, we debate our differences publicly, that’s a strength, but also a burden.

In a healthy democracy there’s usually a center, often a majority to whom differing factions turn for validation of their arguments.

When that doesn’t work, elections are called, or regularly scheduled, where the people decide.

In a country of laws like the United States of America a vast majority of people accepts that elections are sacred and that the winners will form the next government.

But what happens when the leader of the losing group refuses to accept the verdict and contests the result?

The courts decide, as ultimately happened in the Bush v. Gore election of 2000.

We currently find ourselves in a situation where the defeated president in 2020 not only refuses to accept the result, but he even attempted to influence election officials in his favor.

You would imagine that his wiser colleagues would intervene for fear their party would suffer even a greater rejection in the coming elections.

Yet, it would appear, that Mr. Trump has convinced the party of Lincoln, Eisenhower, and Reagan that he won the election of 2020 despite all evidence to the contrary.

Does the Republican Party actually believe this “great lie?” On the face of it, this hardly seems likely, yet there are people who are utterly convinced that voting machines were tampered with and other forms of election chicanery perpetrated, without even a whit of evidence.

What happens now? Well, voters have a chance to send a strong message to both the Republican Party and its leader in the November midterms, and again in the 2024 presidential election.

Democracy, however, is nothing if not gloriously messy, for we are currently afflicted by a rate of inflation unequaled since 1981, and, of late, it’s “the economy, stupid,” that has driven most people to the polls.

It will take time and much massaging for our U.S. market economy to correct the surge in prices caused by a pandemic, rusty supply chains, and a war of aggression by Russia against Ukraine.

We should always bear in mind that part of the reason for the current soaring inflation rate is because workers are finally demanding and receiving higher wages.

However, as long as the Federal Reserve doesn’t cause a recession by randomly raising interest rates inflation will eventually return to a manageable level.

But if we succumb to economic alarmism we could throw the baby out with the bathwater, and that precious baby’s name is democracy.

We have a stark existential choice in the coming elections. Do we choose democracy or one man’s refusal to admit that he was beaten fairly and squarely in the 2020 presidential election?

Despite party labels, this is not a partisan issue; democracy, despite its flaws, is something to cherish, while Mr. Trump’s self-delusional dream of autocracy is not.

He’s already done grave damage to American democracy by causing many of his followers to doubt our election process.

We may differ on many issues, but in the end we can settle matters at the polls. Let’s vote rather than harangue each other on the platforms of an increasingly vicious and vacuous social media.

Had Mike Pence not done his job as Vice-President on January 6th and certified the election of Joe Biden who knows what the end result would have been. But, at the least, it seems likely more lives would have been lost while President Trump sat on his hands and allowed a mob of his followers to run amok in the Capitol Building.

We do have a very safe election system and should treasure it rather than allow one man to disparage it, and then hide behind inane conspiracy theories.

Is America broken? Far from it! But democracy is under attack and it’s our turn to defend it.