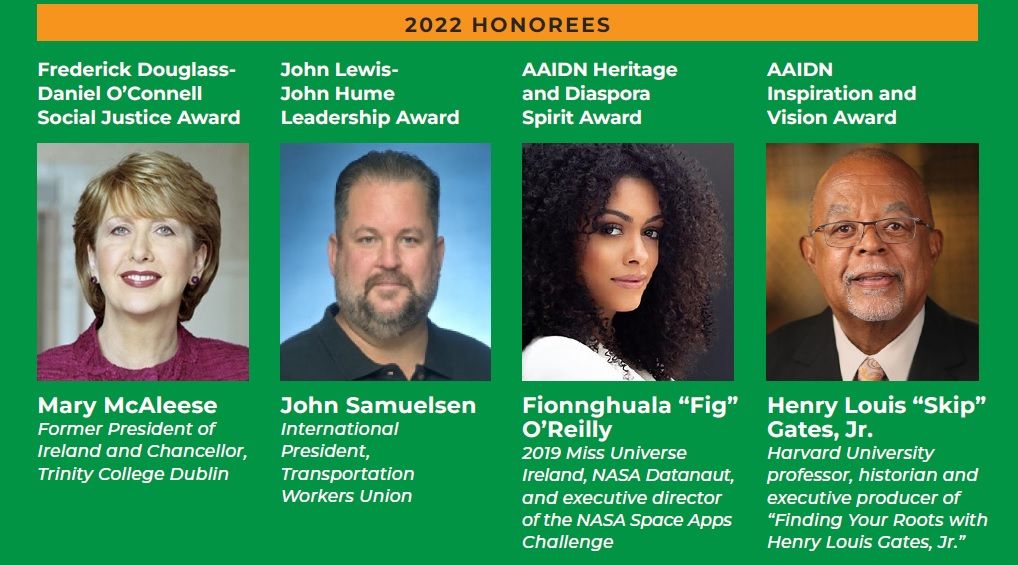 The event, according to a release, will honor four leaders of international stature in the spheres of social justice, scholarship, business leadership and advocacy.

Launched in 2020, the African American Irish Diaspora Network is a 501(c)(3) organization whose mission is to foster relationships between African Americans and Ireland based on shared heritage and culture.

Funds from AAIDN’s gala will support scholarships to Ireland and to historically black colleges and universities as well as supporting activities to amplify entrepreneurship development and artistic and cultural collaborations between Irish and African American artists.

AAIDN founder and board chair, Dennis Brownlee, said: “We are excited to have received such tremendous enthusiasm and support for our mission throughout the Irish and African American and American communities. Our gala will extend our impact and reach in meaningful ways at an important moment in world affairs.”

AAIDN’s board of directors is comprised of prominent scholars, activists and community leaders.

Stated the release: "In its short existence AAIDN has assembled a dynamic network of members and supporters in the United States and in Ireland. AAIDN is inspired by those for whom African American and Irish connections were important, such as Frederick Douglass and Daniel O’Connell, as well as John Hume and John Lewis. Embodied in the honorees of the inaugural AAIDN gala is the continued commitment and passion of these inspirational leaders of the past."

For information about the gala visit https://www.aaidnet.org/. For additional information or to make a reservation, contact Carla Capone at events@carlacapone.com.