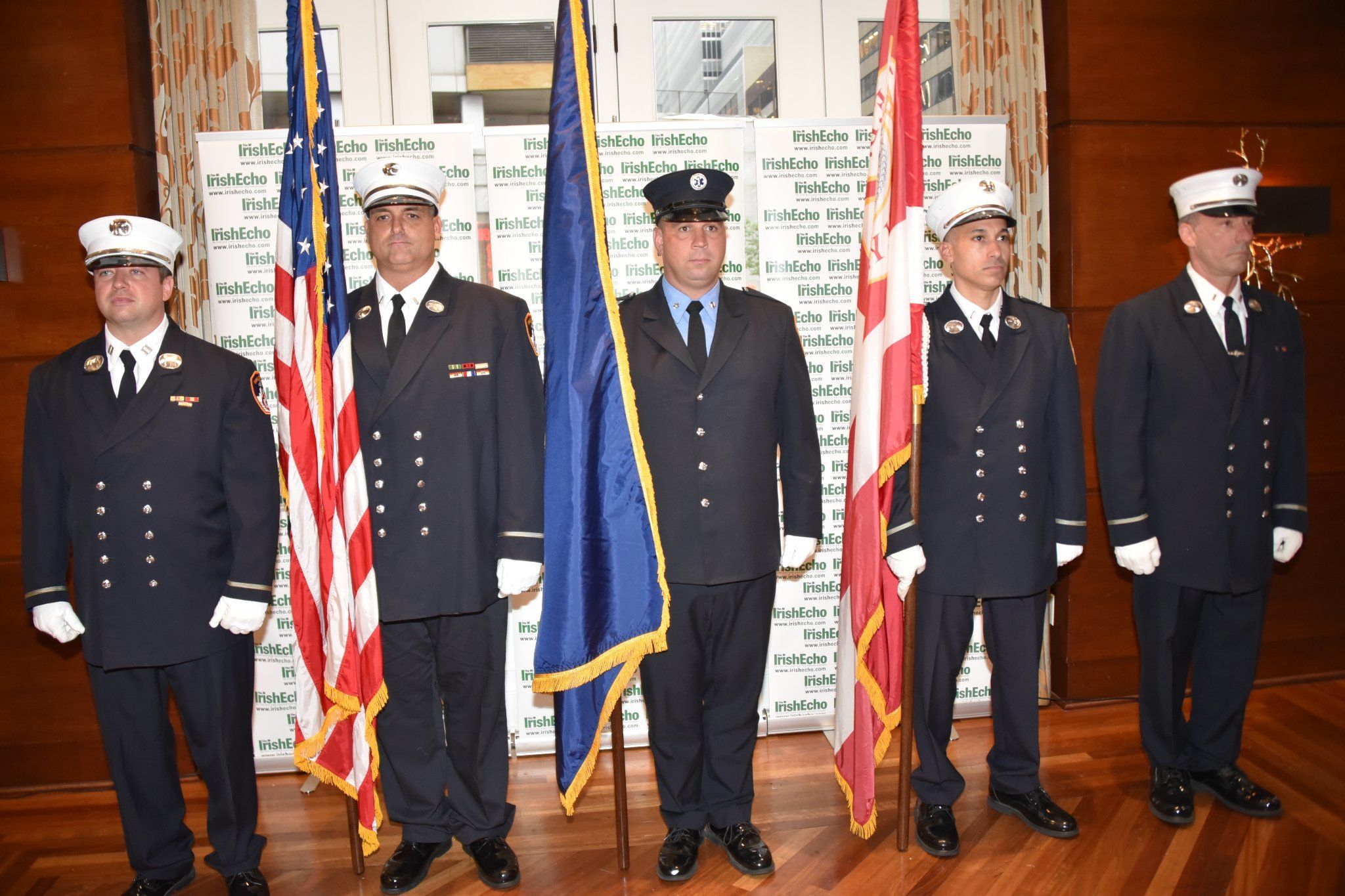 With nominations are set to close for the 2022 cohort in the prestigious Irish Echo First Responder Awards, the final call is going out to Irish America to nominate their firefighting and EMS heroes.

This year's event — the eighth annual gathering — will take place in the Manhattan Club, Rosie O'Grady's, Seventh Avenue, New York, NY on Friday 28 October before an audience of first responders from across the nation.

"The Irish Echo First Responders Awards are a highpoint in the Irish American calendar, in part because the shadow of the losses suffered by our fire departments on 9.11 continues to hang over New York but also because the men and women who serve as firefighters and EMS personnel hold a special place in the heart of all Americans," he said. "We're honored to have played our part over the past decade in shining a light on these first responder unsung heroes and have no doubt that this year's ceremony will give much cheer in what remain challenging times for many Americans. It would give us added cause for celebration to have more women nominees for this year's event in recognition of the frontline role now played by so many women first responders."

The Irish Cultural Center honors the first responders and all who lost their lives on 9/11. #September11 pic.twitter.com/UejYXifKS3

The annual Echo gathering pays tribute to the men and women who have, over the years, played such a vital role, not only in serving their communities, but in adding chapter after honorable chapter to the story of the Irish in America. The awards honor all who serve in the front line of Fire and EMS departments around America. Award winners are drawn from Firefighters and EMS personnel who work in every state, and who are nominated by Irish Echo readers.

Our past honorees were firefighters and paramedics from as far afield as Nebraska, Missouri, Illinois and Arizona – so this is truly a national event. These gatherings are a celebration of the great tradition of families, and succeeding generations in families, stepping up as our nation’s first responders.

The First Responder Awards were postponed in 2020 due to the pandemic but returned in September of 2021 when the honorees included Lt Peter Doran of Yonkers FD, Capt James Murphy of NYFD, Engine 4 and Lieutenant/Paramedic Stephen Post of the Dayton Ohio FD.