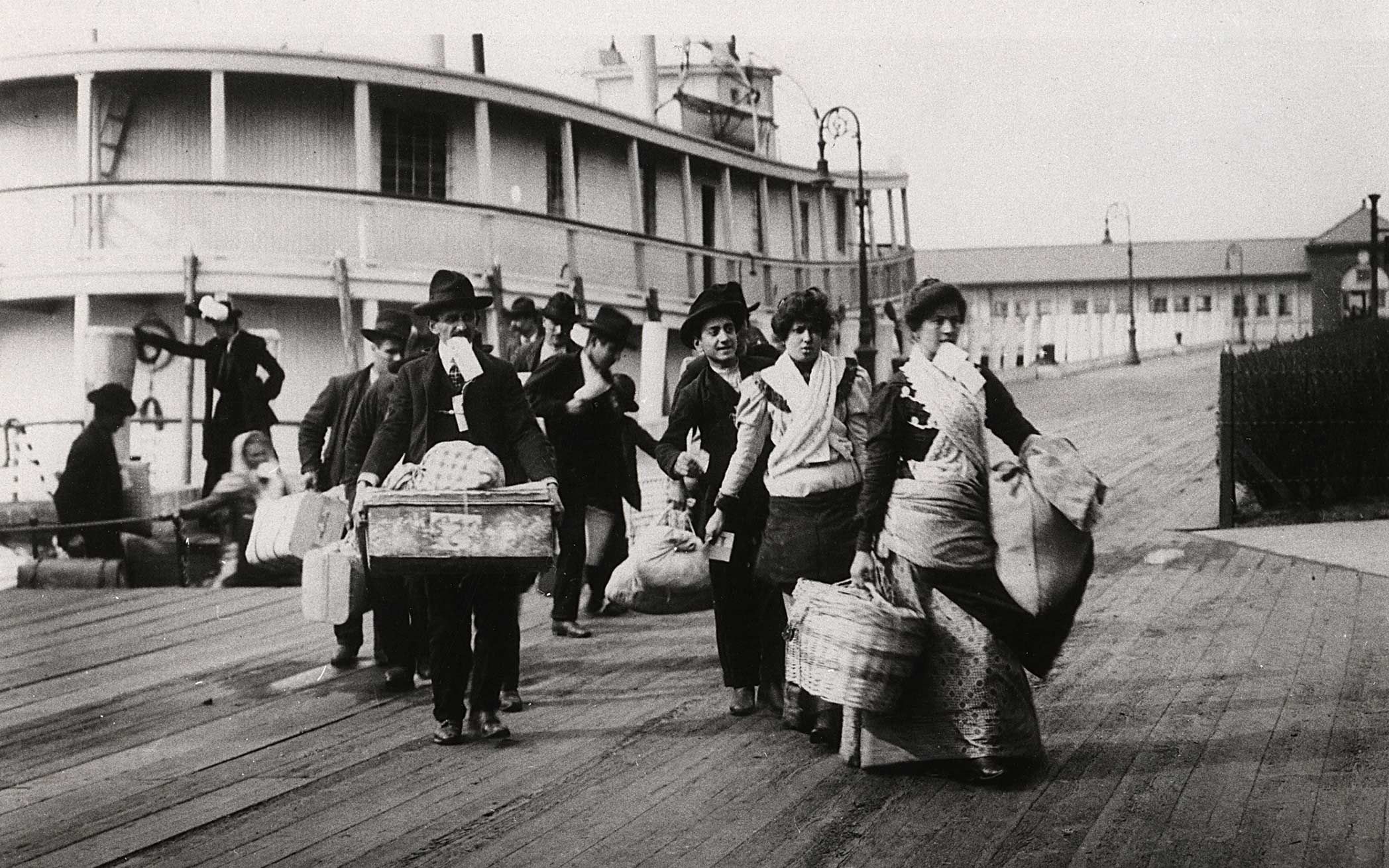 It has been recorded and studied in detail over the years.

Less studied, but certainly replete with its own detail, is the story of Irish people who have returned eastward to their place of origin.

This story is an old one. Even in a time when the journey to America was a one way ticket for the vast majority of Irish there were always some who went back

Transatlantic travel being a lot easier in the age of flying, that "some" has risen in numbers in recent decades.

In most recent years it has involved a not insignificant number of Irish people who have returned to Ireland and greater economic prosperity there, or who have given up on waiting for the kind of immigration reform out of Congress that would make legal Irish immigration possible again for more than just a handful.

The Ireland of today is itself a destination for immigrants, some of them American, many among them retirees.

This new eastward flow has raised hopes that a deal might be struck between Dublin and Washington with regard to two-way legal movement over the Atlantic waves.

An idea of this was carried in a report in the Irish Times, penned by the paper's Washington, D.C. correspondent Martin Wall, and which coincided with the recent convention gathering of the Ancient Order of Hibernians in Pittsburgh.

It made for interesting reading and stated in part: "Plans by the Government to offer US citizens the opportunity to retire in Ireland will boost attempts to get US immigration reforms that will benefit Irish people who want to live there, Tánaiste Leo Varadkar will say this weekend.

"In 2018, the Government announced the Ireland-USA Diaspora Retiring to Ireland programme that would have offered residency visas to Americans aged between 55 and 75.

"Then, it had been hoped that the offer would be a quid pro quo for the E3 Visa Bill that was before the US Congress, but both plans stalled when a congressional majority could not be secured.

"The Irish offer will 'help us to continue to make the case' for US immigration reform that could benefit 'young people who would like to work in United States and undocumented Irish already in the US. We know these talks are ongoing in the US Senate about a possible immigration package being unveiled before the end of the year,' Mr Varadkar is expected to say.

"US beneficiaries would, under the arrangements previously, be entitled to bring accompanying spouses, to work 20 hours per week, undertake voluntary work and study in Ireland, though full private health insurance would be required.

"Mr Varadkar recently met president of the Ancient Order of Hibernians Danny O’Connell in Dublin about the proposed programme.

“'Work is already progressing on how the details of the scheme will work,'” the Tánaiste will tell the Pittsburgh gathering of the Ancient Order of Hibernians.

"Emphasising the importance of the ties between the US and Ireland, especially set against a backdrop of the United Kingdom’s exit from the European Union, Mr Varadkar will say: 'This vital relationship needs to remain strong. Our friends and allies in Washington have stood behind us and have not faltered when it comes to protecting the Northern Ireland protocol and the Good Friday agreement.'

"Meanwhile, Mr O’Connell told The Irish Times that his organisation had originally proposed the retire-in-Ireland measures 'because they make economic sense' and would 'keep ties vibrant.'

“Irish people know how vital support from Irish American politicians has been on issues like the NI protocol and the Good Friday Agreement. Implementing these measures helps us keep those support levels high in Washington,” he said.

Indeed. Immigration has always made economic sense, for those emigrating, and for the host countries when they looked at immigration sensibly.

The United States has had a hard time being sensible for quite some time now with regard to the Irish and other nationalities.

But it is the case that today's Ireland has a good deal more to offer than in times past, to those born on the island and to others elsewhere in the world who see Ireland as a potential new home.

These others include not a few Americans.

It's time now for the Irish and U.S. government to work out a new deal for the future, a deal that would, as Mr. O'Connell succinctly put it, "keep ties vibrant."