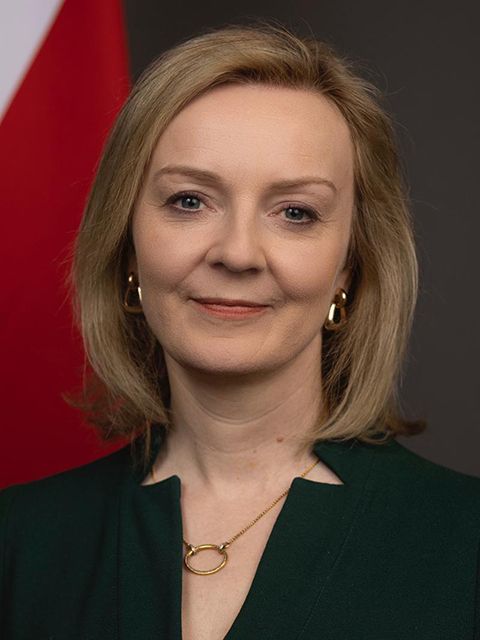 EDITORIAL: A Rough Road Ahead

If some of her recent statements are anything to go by there will be little change in London's approach to Northern Ireland and the current debate over the Protocol should British Foreign Secretary Liz Truss become the next prime minister.

Indeed, all indications are that Truss will continue to view the world through the "Little England" lens as has been the case with Boris Johnson.

Certainly, she has been sounding like a prime minister in waiting with little in the way of sensitivity towards the other parts of the United Kingdom, most notably Scotland and Wales.

In recent days she has delivered broadsides against the first ministers of Scotland and Wales, Nicola Sturgeon and Mark Drakeford respectively.

As RTE reported: "Scotland's ruling nationalists have called British Conservative frontrunner Liz Truss 'obnoxious' after she accused their leader Nicola Sturgeon of being an 'attention seeker' for demanding independence.

Continued the report: "I think the best thing to do with Nicola Sturgeon is ignore her," Ms Truss said at a Tory hustings event in southwest England, drawing applause and cheers from party members present.

According to the report, John Swinney, Sturgeon's deputy as first minister of Scotland, called the foreign secretary's remarks "completely and utterly unacceptable."

He said: "I think Liz Truss has, with one, silly, intemperate intervention, fundamentally undermined the argument she tries to put forward: that Scotland, somehow, can be fairly and well treated at the heart of the United Kingdom."

Truss was reminded by the moderator of the political gathering that the Scottish National Party had a democratic mandate to govern Scotland but the response was Truss dismissing Sturgeon as an "attention seeker."

She stated: "What we need to do is show the people of Scotland, Northern Ireland and Wales what we're delivering for them and making sure that all of our government policies apply right across the United Kingdom."

Presumably the idea if the people of Scotland, Wales and Northern Ireland delivering for themselves is something of a second thought; or perhaps third.

And when it comes to actual delivery, what the people of Scotland and Northern Ireland in particular have received in recent times is Brexit, this despite the clear preference of voters in Scotland and the North for a continued existence within the European Union.

What the people of Northern Ireland have received as a result of Brexit is the Irish Sea Protocol, a boon or bust depending on political point of view, but either way a political football that could threaten the integrity of the Good Friday Agreement if not properly handled.

Suffice it to say it looks like Truss will ultimately win the leadership of her Conservative Party and walk through the front door of Number 10 as Boris Johnson exits and heads for the back benches of the House of Commons where he will likely get up to all sorts of mischief.

In a look at the current political situation in London and under the heading "After Boris," the Irish satirical and investigative magazine, The Phoenix, noted that Irish politicians were "Gong on about the 'opportunity' to reset British politics now that Boris Johnson has gone.

"Simon Coveney was at it when he visited Stormont last week. He emphasised he didn't care who became British prime minister, but he hoped it would mean a change in Britain' relations with Brussels and Dublin. It won't. It will get worse."

Underneath this grim assessment was a photo of a suitably grim Boris Johnson and a smiling Liz Truss.

Perhaps Coveney doesn't express care because he doesn't think there is any point. Perhaps he agrees with the Phoenix assessment even as he publicly expresses the hopes that things will get better.

His private thoughts on the matter would be most interesting indeed.

In the meantime, though, Coveney is probably right to say that what is coming down the road is an opportunity.

Liz Truss is certainly doing that, but we're not talking about opportunity as Simon Coveney sees it. The coming months could turn out to be rough, very rough indeed.