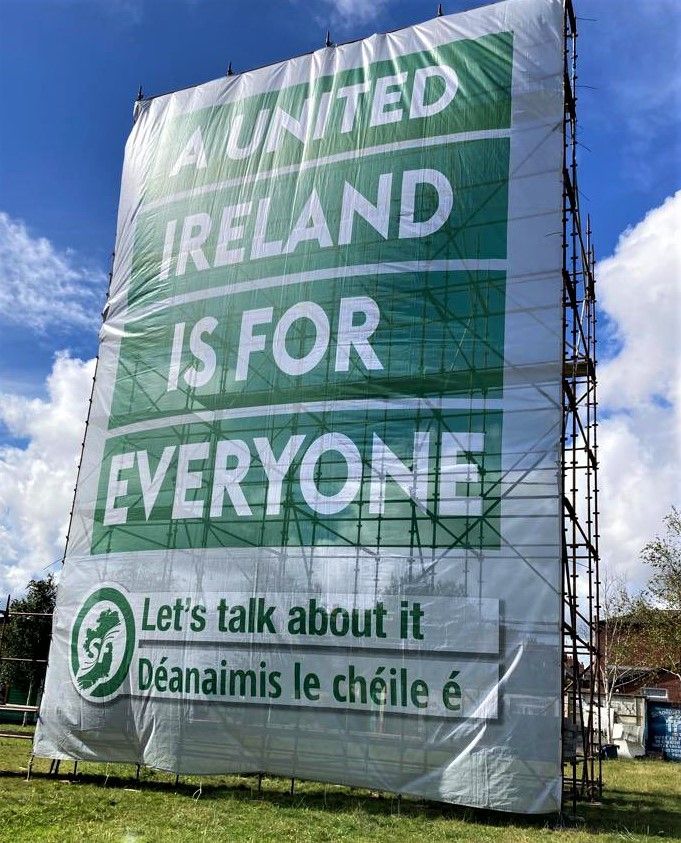 Directed by Conan McIvor, this emotive and often funny film hears from those who experienced and were involved in the beginning of the LGBT movement. They delve deeply into how their pride and fearlessness helped them overcome the shame and harassment leveled at them by elements of society.

With contributions from activists such as Jeffrey Dudgeon, Doug Sobey, Paula Keenan and more, "The Troubles I’ve Seen" explores the start of the Gay Liberation movement and the establishment of Cara-Friend. It looks into the deep sense of community and support that was forged by campaigning in the face of AIDS, legal restrictions, and the repressive political situation.

The LGBT NI Heritage Project is a collaboration between the three main LGBT Sector Groups: Here NI, The Rainbow Project and Cara-Friend. They are funded by the Heritage Lottery as well as Belfast City Council. The project looks at a snapshot of local LGBT History between the years of decriminalization and the introduction of section 75. (1980 -1997)

The LGBT NI Heritage Project employs a coordinator, but it is very much a volunteer led project, with 15 active volunteers. It has a monthly LGBT History Club online in conjunction with the Linen Hall Library, captures stories, articles, photos and items for its online archive and exhibitions. It runs an LGBT Heritage walking tour called Places of Pride and has also worked with PRONI on some of their projects.

Last May, with some 20,000 others, I attended the Lá Dearg rally in Belfast. This event was organized by An Dream Dearg in response to the continuous delay in implementing the long-promised Acht Gaeilge. It was a great day out. Despite the understandable frustration and anger among the Irish language community the atmosphere of the day was one of celebration, of positivity, and inspiration.

There was a singing, chanting sea of red draped gaelgeoirí all along the Falls and into the city center. Oul lads, old ladies, family groups, teenagers, middle aged couples. And children. Tons and tons and tons of bright eyed excited paistí chanting "Dearg le Fearg." Gaels galore. All determined and cheerfully facing the future.

It was also obvious from the platform speeches that the organizers were already planning their next initiatives.

Féile an Phobail saw the first manifestation of this. The campaign group hosted the launch of their lámhleabhar chearta teanga (language rights handbook). The handbook examines the challenges and opportunities posed by the incoming Acht Gaeilge. It gives an overview of the most significant changes that a community whose rights have been denied for so long, should expect and be entitled to.

The launch was complimented by an all-female panel discussion with five activists giving fascinating accounts of the trials and tribulations that they have faced on their respective journeys. All of them are former pupils of Gaelscoileanna, who have used their experience of fighting for their basic rights in actively demanding better for future generations. Ábhar mór dóchais. I was delighted to be in the audience and to be uplifted by the passion, clarity of thinking and strategizing of these leaders.

Earlier that day, I was told that the same group had launched their new website. Fittingly named dearg.ie, the site centralizes community voices and connects local people with decision makers. It informs them of their council’s current bilingual street signage policy, policies which often place unjustifiable obstacles in the way of those who wish to see their native language on signage. The site informs and encourages users to apply, or to challenge or to demand better, based on their council’s current provision.

The work of language rights activists right across the North is proving transformational in solidifying the message that Pobal na Gaeilge are no longer willing to be treated as second class citizens in the North and that the days of hear no Irish, see no Irish, speak no Irish are a thing of the past.

Over the next number of months, Irish language legislation will progress through the British House of Commons on its legislative journey. However, after listening to those women on the panel, there is no doubt that this is only the beginning for them. What has been achieved so far has been achieved without an Acht. So the future is bright. I have great confidence in those who are helping to shape it. There is still plenty to do for cearta teanga here in the North and indeed across the island. But it is clear that Dream Dearg's campaign will continue until the long awaited promise of rights, recognition and respect are fulfilled. Maith sibh!

The Lámhleabhar sets out some of the actions that can be taken now to advance language rights. These include: Apply for a bilingual street sign in your area; challenge local councils to ensure that they are providing services to Irish speakers; Use the power of social media; support language campaigns; don’t sit around and wait. It provides clear instructions on how each of these can be used. The Lámhleabhar Chearta Teanga can be accessed on the Dream Dearg website in Irish and English on the new Dream Dearg website www.dearg.ie. Act now!

Comhgairdheas to all of those who organized and participated in Sunday’s Belfast march to remember the hunger strikers of this and previous phases of struggle. Thousands came from all over Ireland to take part. I met comrades from Meath and Mayo and Dublin and Derry. The families of the hunger strikers had pride of place and many former Blanketmen – wearing their grey blankets – and Armagh Women POWs helped lead the event.

And his answer: “The Orange state has gone. Unionist domination has gone. Sinn Féin is the biggest party in the North and on the island of Ireland.

"Criminalization was defeated and the injustice of partition and the British state in Ireland was exposed to international scrutiny as never before. By their heroism and sacrifice, the hunger strikers ensured that the cause of Irish freedom was renewed and that now in 2022 we are closer than ever to undoing the injustice of partition and reuniting our country. Their bravery set in train a series of events that makes the momentum for political and social change unstoppable and irreversible.

"That momentum will carry us forward to the realization of an Irish national democracy, a republic where the rights and identity of all our people, of whatever persuasion or background, will be accommodated and cherished.”