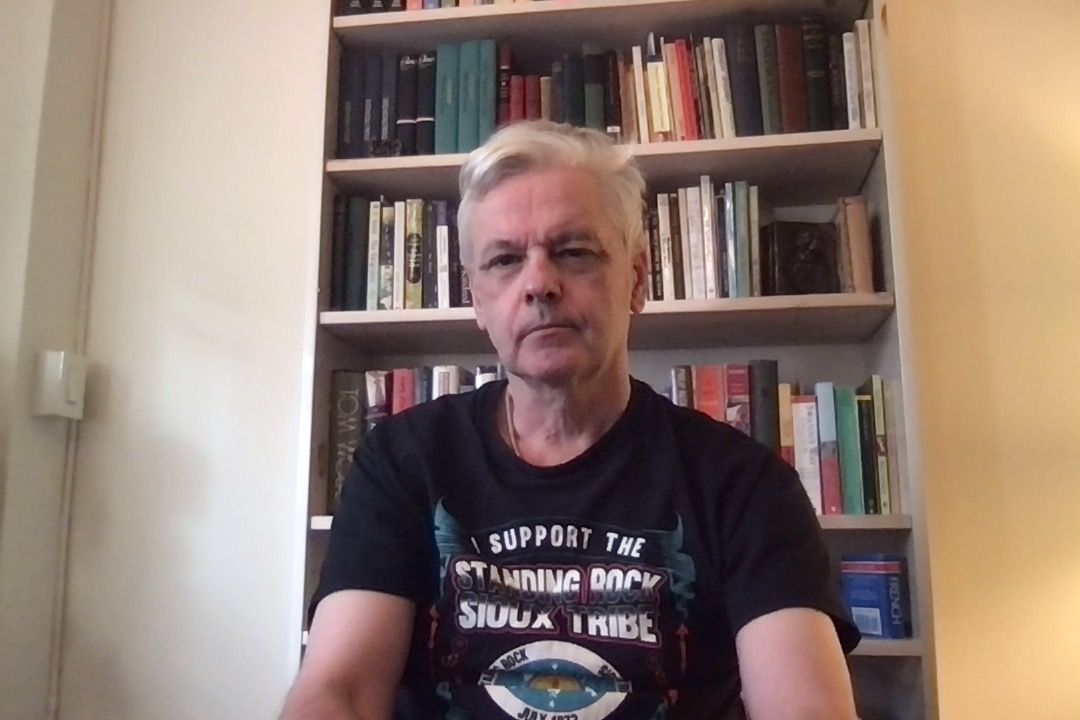 Galway City native Seamus Scanlon confessed to having strayed from the true path of flash fiction in recent years, and said it's good to be back.

Seamus Scanlon's latest anthology inclusion is the flash fiction piece “Beauty Curse” in the 2022 Fish Anthology. The anthology started in 1995 as an integral part of the West Cork Literary Festival, which this year ran July 8 to July 15. (www.westcorkmusic.ie/literary-festival)

The festival included workshops, readings, panel discussions, the anthology launch and a group swim! The events lineup was strong and continued the high regard this festival has Irish and International literary circles.

Clem Cairns set up Fish Publishing in 1995 (https://www.fishpublishing.com/) and developed the annual anthology and the competitions that underpin it.

“My aim is to give encouragement and hopefully opportunity to writers,” Cairns said. “Our [Fish] online courses, mentoring and editing are all aimed in a similar direction.” The anthology is based on the results of an open competition for flash fiction, memoir, poetry and the short story. As Roddy Doyle has noted “Fish is an open door that’s inviting writers to walk through”.

Cairns’s enthusiasm for the writers and the anthology and West Cork are evident. He recalled one year when they waited very patiently for the delivery of the anthology with no sign of it by the launch date. Apparently the courier (probably a Dub, locals said) could not find the delivery address and so decided to abandon the books on a roadside in the “vicinity” of Bantry and hoped for the best. Cairns got a call from someone who had found the cartons of the anthology on the roadside and thought he might know who they belonged to. So the books were recovered just in time for the launch. The show always goes on, especially in West Cork.

Scanlon, an educator at the Center for Worker Education at City College’s Downtown Campus, won the flash fiction category back in 2011 with “The Long Wet Grass,” which later became a play, produced by the Cell Theater Company, debuting at the 1st Irish Theatre Festival in New York. The Japanese version played July 2018 in Tokyo. The film version premiered in NYC at Irish Screen America. The Spanish language version of the play will be published in 2023 by Artepoetica Press.

“I was delighted to be included in this year's anthology. I strayed from the true path [of flash fiction] for a while so it is good to be back.  Clem Cairns is a great mentor for writers and the most genuine person I have met in the literary world,” Scanlon said.

Scanlon in interested in the ambiguity of the Irish towards violence. He is currently working on the extra judicial killing by the Provisional Government of prisoners of war during the Irish Civil War. “I think it will be hard to sell tickets for that one,” he said. Not all his work is on the grim end of the spectrum, however.  “The Butterfly Love Song” story is more light-hearted. The short film version is on the festival circuit and can be seen here.