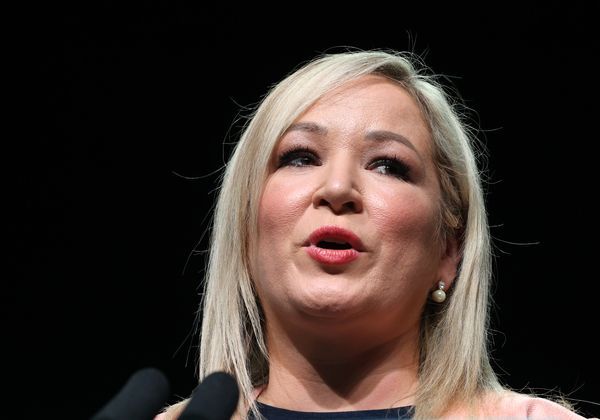 While in Washington, D.C. on a visit this week she urged the Biden administration to appoint a special envoy to Northern Ireland.

O’Neill, according to an Irish Times report, said that as the year of the 25th anniversary of the Belfast Agreement approached, having an “honest broker” from the United States at the table would be “a good addition”.

O'Neill was in Washington to meet with political leaders, including Senate Majority Leader Charles Schumer, and officials from the State Department.

There has been a prevailing view that the State Department is cool on the idea of an envoy while not entirely ruling one out. The White House has indicated a willingness to consider an envoy but has not moved to appoint one.

O'Neill, according to the Times report, said her message in Washington was the Tories in London were “sabotaging the Good Friday agreement."

She said she was confident support for the accord in the United States remained “resolute and steadfast” and that politicians there would continue to make their voices heard.

O'Neill added: “It is particularly important as we move into the 25th anniversary of the Good Friday agreement. In the past we have benefited from special envoy, and I would like to see that in place again.

“An honest broker from the United States at the table — via a special envoy — would be a good addition.”