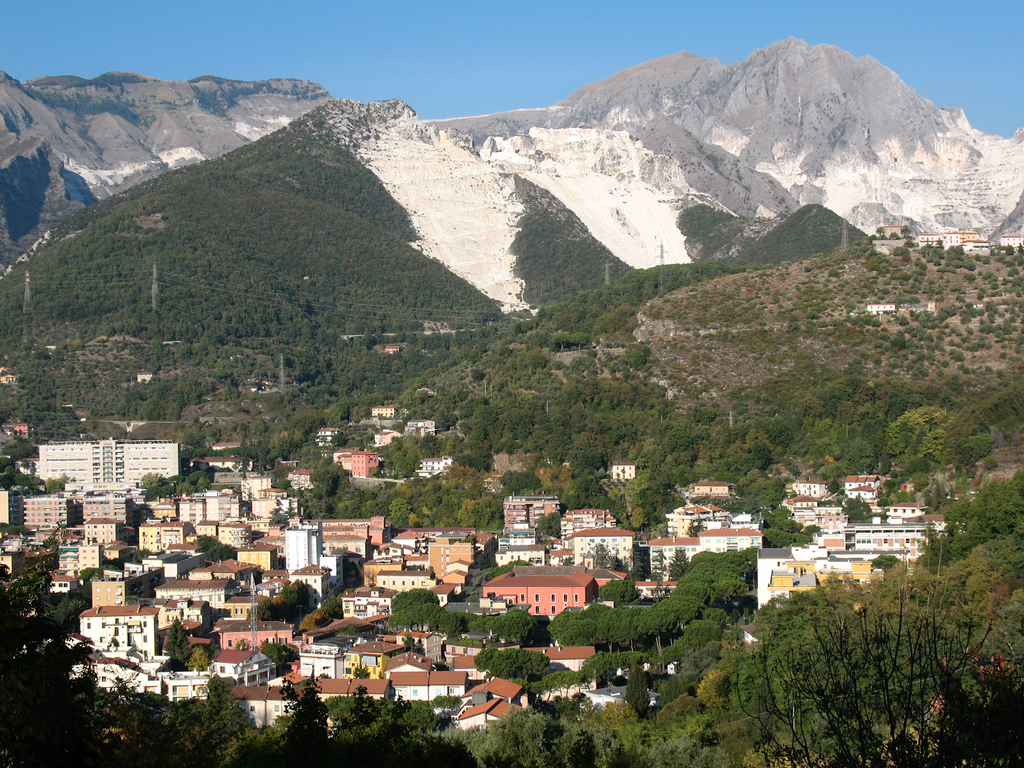 The hills in the background have been quarried.

KIRWAN: Gardens of Earth and Stone

I was digging in the garden recently. It's not an activity I’m particularly fond of, but there’s something about a June afternoon that entices you to slice a shovel through earth.

The sun was high, a fresh breeze sighing through the new leaves of the old maple, and a finch of some denomination was chirping when I struck something hard and unforgiving.

It was granite in perfectly shaped bricks that at one time must have constituted a wall, or perhaps a small kiln.

Small seedlings of quartz still sparkled from the red stone, though it had been buried beneath the soil for many years.

I rested on my shovel, and in an instant was transported back to a graveyard in County Wexford on another June day.

I had just turned 17 and was, as usual, working summers for my grandfather in his headstone business.

It was dusty work, cutting, chiseling, and slicing the stone while fashioning it into monuments and kerbing, all with the roar of pneumatic drills pulsing through his premises near Wexford Quay.

It was always a relief to escape into the quiet countryside and erect a finished monument in a local graveyard.

It never felt morbid, for death was democratic, and there was a sense of achievement when we gazed on a new headstone gleaming in the soft evening light where there had been none that morning.

We worked in three types of stone: limestone, the commonest (and least expensive), rugged granite, and aristocratic white marble.

The latter was my grandfather’s favorite, so much so that in the 1950s he had traveled a number of times to Carrara in far off Italy to visit the quarries owned by his friend and supplier, Signor Bordese.

This hospitable and erudite gentleman had escorted Thomas Hughes to Florence and Rome, so he might gaze upon the majestic churches and statues carved from his favorite stone.

My grandfather had left school at 13 to be apprenticed to his own headstone-making father, but he had the soul of an artist and would spend hours studying exotic statues, longing for the chance to carve his own images onto white marble.

Alas, Wexford people were of a practical nature, and preferred their memorials to be inexpensive and to the point.

The traveling people were my grandfather’s allies in art, they alone, he confided, “appreciate the majesty of death and the hereafter” and encouraged him to transpose marble into images that captured their sorrow and loss.

For hours on end, in his dusty little office, they would pore over pictures of ornate sculptures before deciding on a suitable memorial for a revered elder or a lost child.

To top it all, they paid cash up front, unusual in those times, for it was considered poor form to ask a grieving family to pay anything but a token deposit until well after the headstone had been erected.

The world was simpler back then. There was a trust between people. Did that come from the fact that most Irish families got by on so little?

Did the Famine still impinge upon folk memories? On the rare occasion when a bill was written off as a bad debt, Thomas Hughes and my mother would share a doleful look, and one of them would quietly mutter, “what can you expect - the best left.”

Still, the business prospered, and every summer we erected headstones all over County Wexford, remembering to pay our respects to the parish priest and occasionally taking tea in the kitchen with his housekeeper, the most important person in the locality.

Everyone had his and her place in that world. Everyone knew everyone else and, to some degree or other, fit in.

My grandfather is long gone now and I’m not far from being the same age he was when I worked with him in those long ago summer months. How the years fly!

Then the wind suddenly gusted in the new leaves of the old maple, the finch ceased its song mid-verse, and I found myself back in my own garden in a different century.

I had three heavy bricks of granite to deal with, and I wondered what use that man of stone, Thomas Hughes, would have put them to.