Home Kerry forwards to step up in final 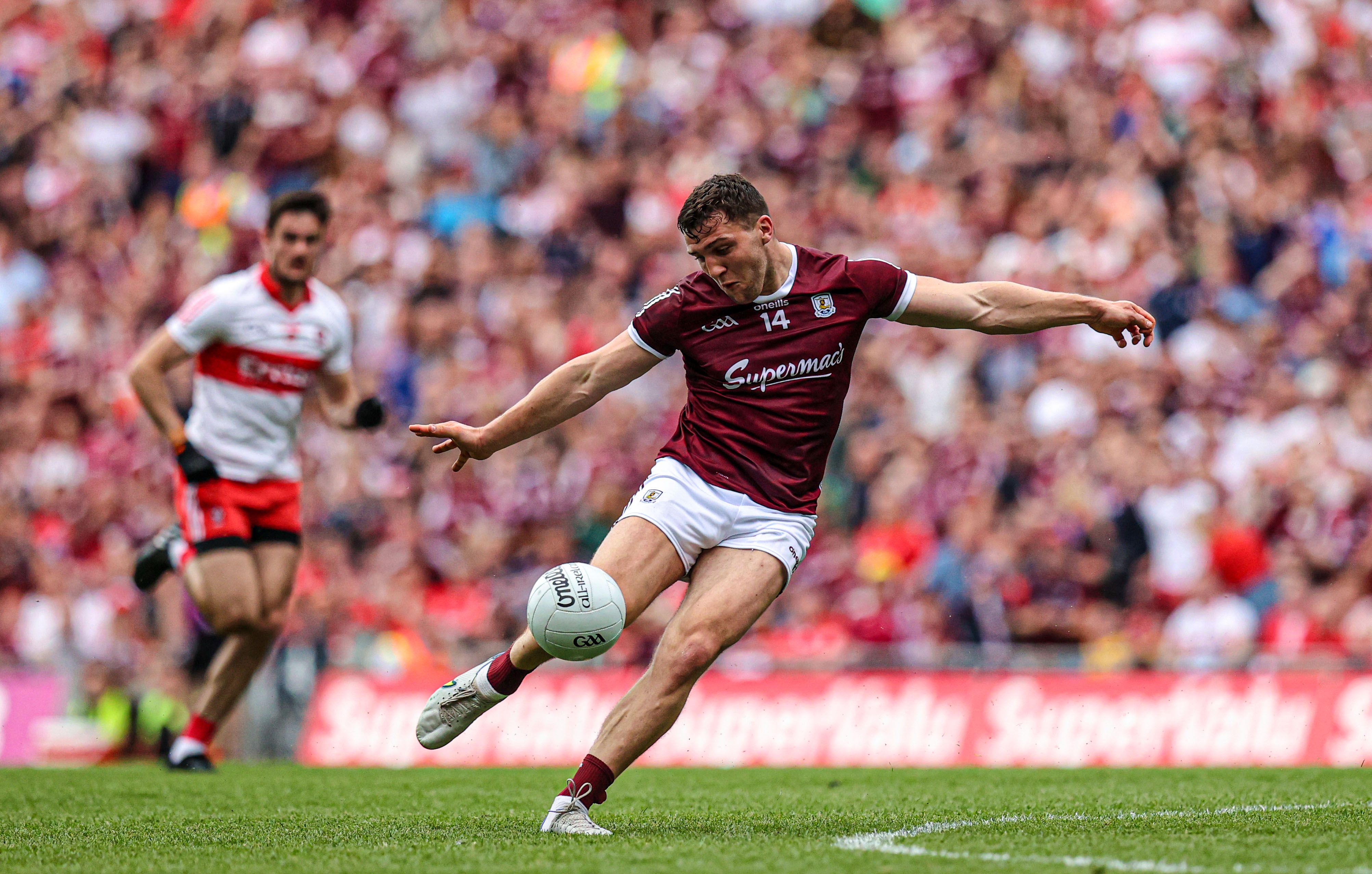 Kerry forwards to step up in final

After their dramatic win over Dublin in the All-Ireland semi-final Kerry will go into Sunday’s final against Galway as favorites to win their 38th senior All-Ireland title. Kerry’s last All-Ireland win was in 2014, while it’s 21 years since Galway won Sam. Back in 2001 Galway became the first “back-door” champions when current manager Padraig Joyce scored eight points in a row as they beat Meath by nine points in the final. That year Galway were knocked out of the Connacht Championship by Roscommon, but they came through the scenic route where they beat Armagh, Cork, Roscommon and, like this year, Derry in the semi-final. Kerry, playing with the wind, were very impressive in the first half against Dublin and if full-forward David Clifford wins good possession he is unstoppable. Galway bounced back from a poor first-half against Derry and two second-half goals from their full forward Damien Comer secured them a place in Sunday’s final.

Jack O’Connor is in his third term as Kerry manager; he won the Sam Maguire Cup twice, in 2004 and 2006, in his first term in charge and again in 2009, in his second term in charge. This time round O’Connor has brought in Tyrone-born coach Paddy Tally, who is regarded as an expert defense coach and the way the Kerry defenders won several turn-overs against Dublin showed that Tally has really improved Kerry’s defensive system. Tally has previously coached Galway teams prior to Padraic Joyce’s appointment and Joyce now has former Kildare manager Cian O’Neill in his backroom team. O’Neill also spent a few years working with various Kerry teams, so he would be well aware of the Kerry style.

Joyce was appointed Galway manager in October 2019 and this will be his first final as manager of the Tribesmen. Hopefully it will be a fast open game and I think Kerry should be too strong for Galway. If David Clifford is held then some of the other five forwards always step up. Over the past 60 years I have seen some great Kerry players, but Clifford is the most exciting ever. The young man from Fossa,  just west of Killarney, scored 4-4 for the Kerry minors in the 2017 All-Ireland final. Watch out for him on TV on Sunday.

The referee on Sunday will be Tyrone’s Seán Hurson. He has previously taken charge of minor and under 20 finals, but this will be his first senior final.

Meanwhile, Sunday’s final will be former Kerry great Pat Spillane’s last game as a pundit on RTE’s “Sunday Game” program. The eight-time All-Ireland winner has been a pundit on the program since 1992, having started off as a co-commentator for the national broadcaster.

La Rochelle coach Ronan O’Gara reckons that recent signing from Connacht Ultan Dillane needs to rediscover his love for rugby. Dillane, who had emerged to become one of Connacht’s leaders in recent seasons, found playing time harder to come by after announcing his departure plans at the end of last year. O’Gara said  ‘‘Ultan  is a player I have admired for some time. I know from talking to him that he is mad keen for a new rugby challenge. Things went a little sour in his last season with Connacht, he didn’t play a lot so we need, first off, to get him back in love with the game. His attitude is really good, of that I am sure. He can play at number 4, 5 or 6 and our job starting with pre-season training on July 18 is to set him up to succeed in La Rochelle and in the Top 14.’’ Dillane was born in Paris to an Irish mother and a father from the Ivory Coast. At the age of seven, the family moved to Ireland, settling in Tralee. Dillane began playing rugby in Tralee and after brief spell with Munster, he made his debut for Connacht in December 2014. The 28 year-old has won 19 Irish caps.

There are always rumors in the GAA regarding inter-county managers and the latest is that former Donegal manager Jim McGuinness is going to be the next Mayo manager, replacing James Horan. McGuinness works as a GAA analyst with Sky Sports but a few months back he said that he wanted to concentrate on soccer. At that time he was manager of the successful Derry City under 19 team. Officially the Mayo County Board say that the closing date for applications for the job is July 29. So we will wait and see what happens.

One story definitely true is that Andy McEntee, who was recently forced out in Meath partly by the “keyboard warriors” is the new Antrim senior football manager, replacing Enda McGinley. McEntee, who has got a three-year contract said: ‘‘This will be surprise a lot of people, but it probably surprises me as much as anybody else.’’

As expected John Maughan has brought the curtain down on his four-year term as Offaly senior football manager. The Mayo man’s departure was widely expected after a disappointing season with County Board Chairman Michael Duignan suggesting that former Kerry star Tomás O Sé would definitely be interested.

St James’s Gate soccer club, one of the founding members of the League of Ireland, announced last week that it was going out of business. Established in 1902 for the workers of Guinness’ St James’s Gate Brewery, the Dublin club were one of the founding members of the Free State League in 1921-22. They competed at senior level until 1944. In 1990, they returned  to the First Division and competed there until 1996. A statement issued by the club on July 12 said: “The day has come where we have no choice but to close the doors on 120 years of history. Many circumstances had led to our decision, but effective immediately St James Gate FC will not be submitting a team for the upcoming Leinster Senior League season and will no longer be competing moving forward. The club has enjoyed many successes over the years including becoming the first winners of the League of Ireland and FAI Cups, meaning our names will forever be etched in Irish football’s history books.”