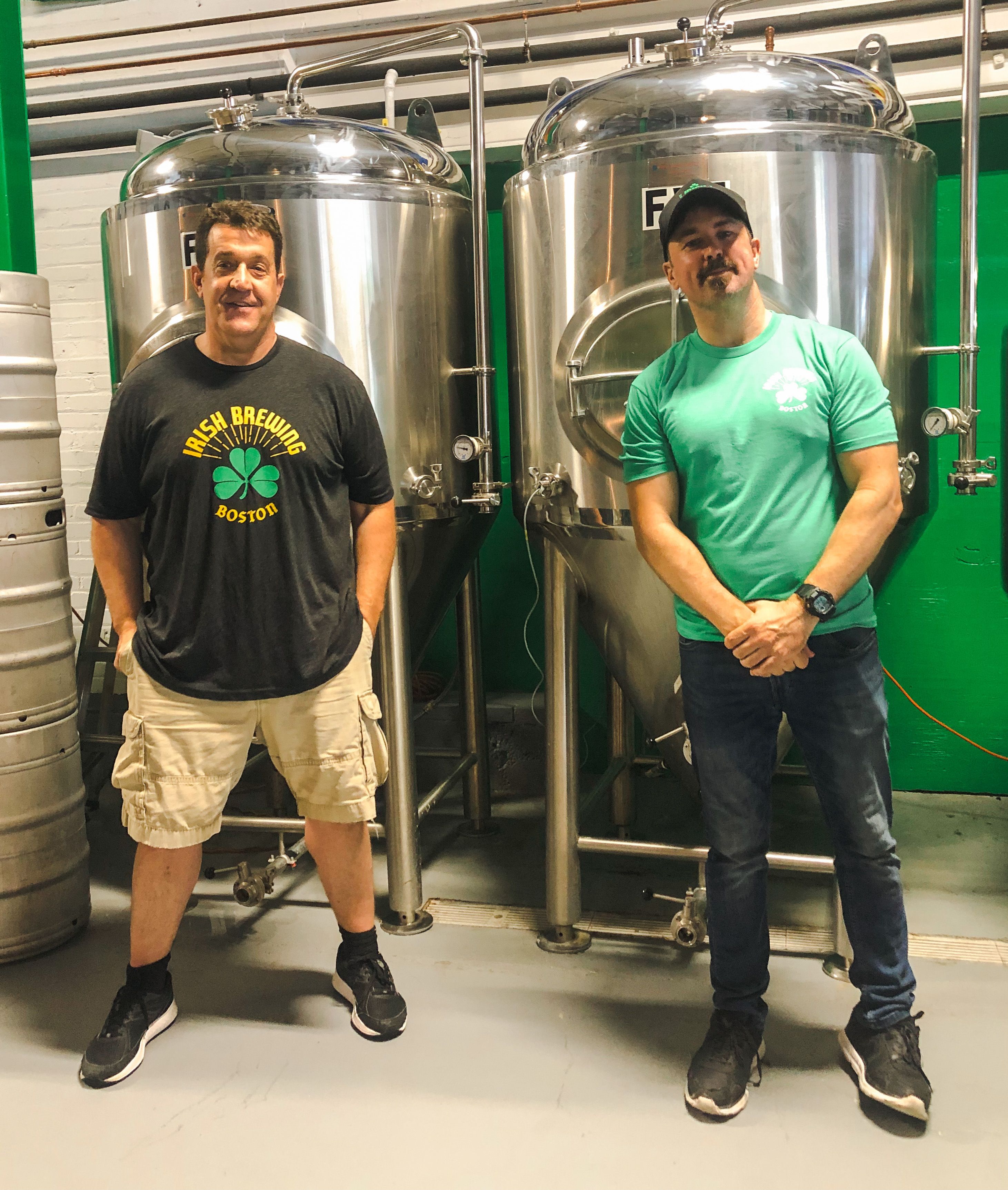 BOSTON --- There are over 9,000 independent craft breweries in America, none of them Irish. Until now.

Enter Carl Sharpley of Ballinamore, County Leitrim, who, along with his associate Paul Ahern, is changing the brewery landscape with an Irish-themed and Irish-sourced brewery in a town southwest of Boston.

The 5,000 square foot establishment in Norwood has seating for about 140 in the tap room and is drawing large crowds seeking to sample a variety of tasty brews amid a friendly and cozy atmosphere.

"It's the first of its kind in the USA, a totally new concept," Sharpley told the Irish Echo.

Ahern said that patrons frequently offer advice about enhancing the operation of the facility and the  Irish atmosphere of the room, often asking rhetorically "ya know what you should do?" before offering ideas, some of which are fermenting along with the brew.

Sharpley is a Sligo College graduate who, at age 25, was the general manager of that famous pub in Dublin, the Stag's Head.

With years of experience in the hospitality and brewery fields, he was a co-founder of Santa Monica Brew Works in California, in which he is still involved. His family roots in Ballinamore go back hundreds of years, and he returns there every few years.

"Southie Lite," named in honor of South Boston, is currently the most popular selection in the tap room. Others include "Irish Riviera Red,' "Druid Gruit,"  "Chancer Oatmeal Stout," "The Eejit," and "Irish Soda Seltzer."

Sharpley and Ahern will also soon be offering an Irish dry stout, which might remind some of Guinness.

"We want people to  enjoy themselves, put away the cell phones, and talk to one other in this unique and friendly Irish atmosphere that we are hoping to create here," Sharpley said.