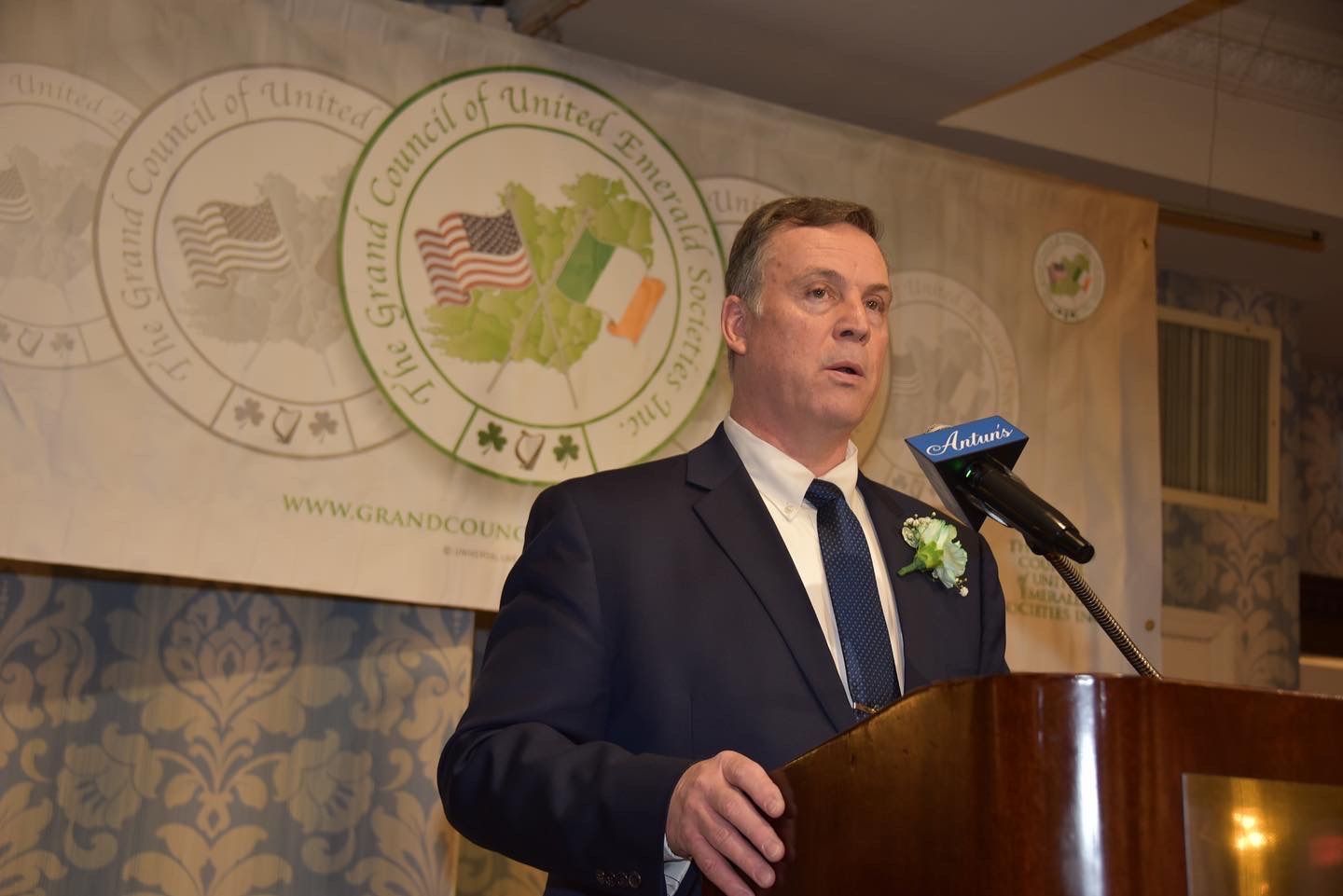 Emerald Societies represent best of Irish wherever green is worn

The movement led to the formation of Emerald Societies in New York City and across the country.

The founders of the respective Emerald Societies, mindful of the fact that the average Irish organization is composed of Irish people from every walk of life, decided that the idea of occupational groups under the name of "Emerald Society" would provide a means of enabling Irish people by birth or ancestry, to meet their "Brother and Sister Emeralds" in the same agency, trade, or profession.

More importantly, it would be a new approach for people of Irish heritage to continue perpetuating their history, customs, traditions, and accomplishments.

History of the Grand Council

It’s often been said that the Irish stand together only during the Gospel in Church. That rule applied to Emerald Societies too. At one point, three Grand Councils existed, and an Emerald Society would leave one Grand Council and switch to another at the slightest notice.

The Grand Council of Irish Societies Inc was founded on June 29, 1956, in New York City, and William J. McGowan (NYPD ES) was elected as the first President. By 1958 the Council had 65,000 members in all Emerald Societies and Irish American societies in Federal, State, and City civil service.

It’s often been said that the Irish stand together only during the Gospel in Church. That rule applied to Emerald Societies too. At one point, three Grand Councils existed, and an Emerald Society would leave one Grand Council and switch to another at the slightest notice.

In the Spring of 1974, Frank Cull, legendary Irish Echo columnist “Round the Emerald Green,” was approached to mediate a merger and was named Pro-Temp. Attorney Thomas McCarthy set out to settle differences in constitutions, by-laws, treasuries, and other legal matters. Thomas Reilly of the PAPD ES suggested the delegate body overwhelmingly accepted the name, Grand Council of United Emerald Societies (emphasizing “United”), and Paul Cinder of the MABSTOA ES designed the logo.

5 Rules to Live By: 1. Always do the right thing, 2. Be respectful of yourself & others, 3. Work hard, 4. Don't forget where you came from, & 5. Have faith. Well said Eddie Boles honoring R fellow Grand Council of United Emerald Societies Member. Well done @FDNYEmerald #Emeralds pic.twitter.com/KC3ZCwhCbe

A constitution-formation committee was named, and the group consisted of Pat Heslin (PAPD ES), Ed Hazel (DSNY ES), Jack Clark (NYCD ES), and Matt Walsh (NYC TAPD ES). In December of 1974, the first elections were held at the Irish Institute in Manhattan, and Jack Clark (NYCD ES) was elected the first President with his term of office to commence on January 1, 1975. The Grand Council of United Emerald Societies (GCUES) became a reality.

The Emerald Society of the Federal Law Enforcement Agencies (ESFLEA) was organized in New York City in 1995 by USINS Inspectors with common interests, heritage, and desire to improve their professional agency.

Rebuffed by their agency, the ESFLEA founders decided to expand the scope of their fraternal and social organization nationally by including all federal law enforcement agencies. Federal law enforcement officers such as Special Agents, Police Officers, and Customs and Border Protection officers of Irish/Gaelic descent are eligible to join.

Fifteen of the GCUES-affiliated organizations are members of the NCLEES.

Reorganized in 1975, the Grand Council has over 20,000 members, serves as the political umbrella group of 25 Affiliated Emerald Societies, and is the governing body selecting the Aide to Grand Marshal representing the Emerald Societies in the New York Saint Patrick’s Day Parade.

The Grand Council of United Emerald Societies is a partner in the 2022 Big Irish Campfire which takes place in Iona University, New Rochelle, NY, on 19 August.