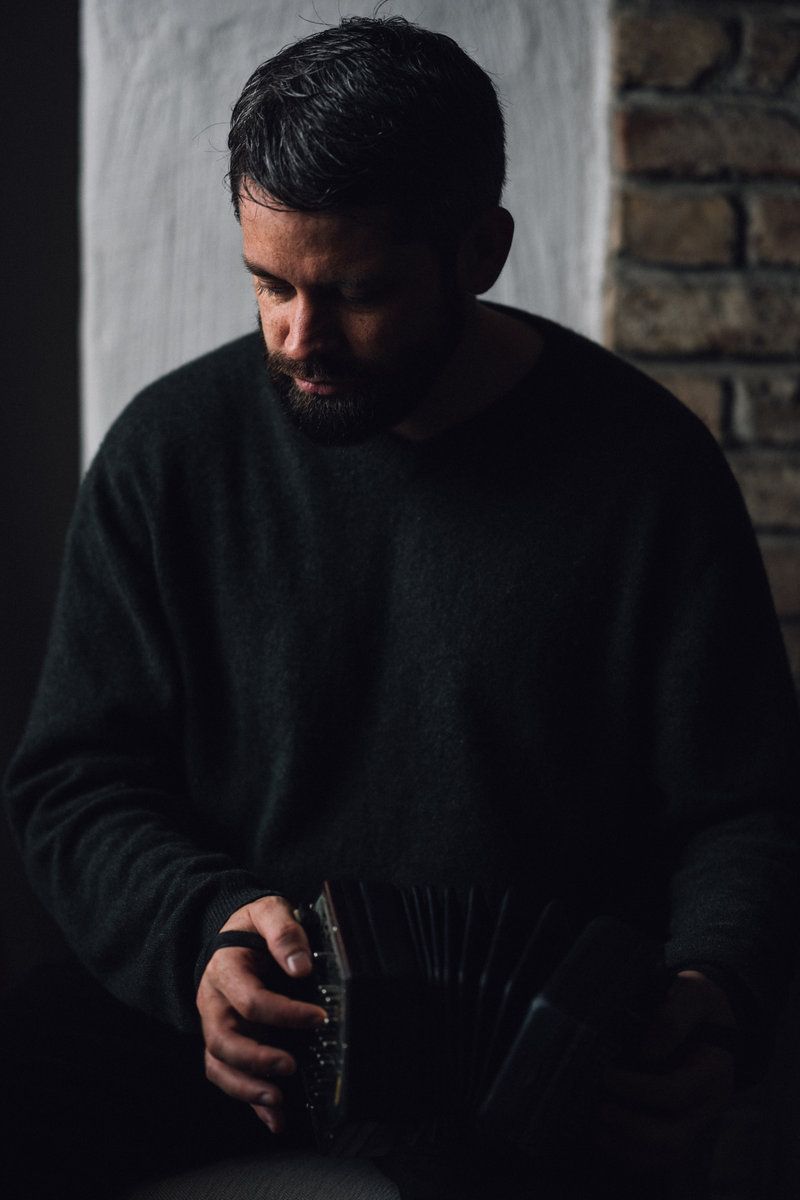 Egan's 'musical journey' is a delight

Ah, what lovely music!  I’m here listening to “Tobar Gan Trá,” the debut solo album from concertina player Pádraig Mac Aodhgáin, or more familiarly, Paddy Egan, and I think it’s just delightful.  Full of great tunes and great playing, if you’re a fan of crisp, refined traditional music delivered in a straightforward manner, read on – this should be an album for you.

Originally from Parkbridge, Co. Wicklow and now a resident of Cork, Egan comes from a family with music in it (notably, his brother Larry is a well-known button accordion player) and he started young.  He was a longtime student of Larry Kinsella and as he matured he moved between opportunities fairly widely, not just as a musician but also in the world of academia.  These days, in addition to playing, he’s a lecturer at University College Cork specializing in digital humanities, ethnomusicology and archival metadata.  As we will see, both endeavors informed the music that’s gone into this album.

In his liner notes, Egan calls “Tobar Gan Trá” a “musical journey,” in that the sources for the tunes here reflect the various steps along his musical way: the lessons he took as a youngster, things he learned at and for Fleadh competition, the groups he was involved with, and – perhaps most compellingly – his archival research.

I find this last source particularly interesting simply because the depth and scope of his research is fairly unusual.  Egan has not only spent time working in Irish archives, but in U.S. archives as well.  Indeed, a Fulbright Tech Impact Award and a Kluge Fellowship in Digital Studies enabled him unprecedented access to and time with an unusually wide array of rare and hard-to-access collections at the Library of Congress.  In speaking with him about this work in the past, I came away astonished at the ground he was able to cover.

As a concertina player, Egan is outstanding.  His approach is very relaxed and he can move between a relatively unadorned approach to one that’s more sophisticated with ease and assurance.  For example, there is a great contrast to how Egan approaches playing “Master Shanley’s / …” and “The Iron Man / …,” a pair of tracks that appear here.  Both are superb, but while the former is played in fairly unadorned fashion (it’s perhaps a bit reminiscent of Father Charlie Coen’s work?), the latter has a bit more flash.  “I'm Waiting for You / …” is played with a similarly dynamic approach and it stands out to my ear as well.

The album also contains a pair of beautiful slow airs, “Caherciveen” and “An Buachallin Bán,” both of which are played with an admirable ease and fabulous expression.  In addition, Egan plays (with Conor O’Sullivan, guitar & Paul O’Driscoll, bass) a French musette called “Le Petit Accordéon,” which is stylistically distinct from the rest of the tunes here but is nonetheless charming.  He plays it with great panache.

Egan includes a dozen guest musicians on the album, with each holding up her or his end of things well.  Conor O’Sullivan (guitar), Macdara Ó Faoláin (bouzouki) and Johnny “Ringo” McDonagh (bodhrán) appear with the most frequency and should be singled out for their extended contributions.  However, there are also some great accompanied one-off tracks with guests that stand out to me, like “The Chapel Bell / …” with fiddle player Rory Healy and “The Humours of Ballyconnell / …” with uilleann piper Nicola Uí Aodgháin.  Both of these have great life to them and feature top notch contributions.

If you’re a fan of the concertina, you’re going to want to get ahold of “Tobar Gan Trá.”  Egan is a sophisticated musician who plays with a light, flowing touch and the tunes that he’s brought together here, that in one sense tell a story about his life in the music, are a varied, interesting lot that offer a lot to an engaged listener.  This is beautiful music and something lovers of the pure drop will surely find themselves drawn to – check it out!  For more information, visit www.tobargantra.com.