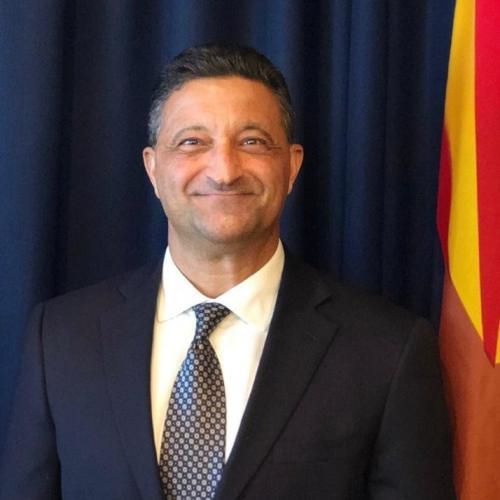 A government watchdog has accused the U.S. Secret Service of erasing texts from Jan. 5 and 6, 2021, after his office requested them as part of an inquiry into the U.S. Capitol attack, according to a letter sent to lawmakers this week.

So was the opening paragraph in a report in the Washington Post. And if it be a true reflection of the matter, a murky day in the history of the United States just got murkier still.

Stated the report: "Joseph V. Cuffari, head of the Department of Homeland Security’s Office of Inspector General, wrote to the leaders of the House and Senate Homeland Security committees indicating that the text messages have vanished and that efforts to investigate the Jan. 6, 2021, attack were being hindered.
'The Department notified us that many U.S. Secret Service (USSS) text messages, from January 5 and 6, 2021 were erased as part of a device-replacement program,' he wrote in a letter dated Wednesday and obtained by The Washington Post. The letter was earlier reported on by the Intercept and CNN.

"Cuffari emphasized that the erasures came 'after” the Office of Inspector General requested copies of the text messages for its own investigation, and signaled that they were part of a pattern of DHS resistance to his inquiries."

Institutional resistance to outside scrutiny is nothing new. And it's not confined to the Secret Service or its controlling agency, the Department of Homeland Security.

Interestingly, the Post report offered up this instance from the past. It stated: "The Secret Service has had a history of important records disappearing under cover of night and agency staff members refusing to cooperate when investigators came calling seeking information.

"When a congressional committee was investigating assassinations and assassination attempts, it sought boxes of records that reportedly showed the Secret Service received ample advance warnings and threats before President John F. Kennedy’s death that white supremacists and other organizations were plotting to kill Kennedy using high-powered rifles from tall buildings. The Secret Service told investigators the records had been destroyed as part of a normal culling of old archives — days after investigators had requested them."

Well there you go.

The Echo, together with the Ancient Order of Hibernians, have experienced the kind of wall of silence that can surround agencies like DHS. And this stems from the case of Malachy McAllister.

On a number of occasions since McAllister was deported from the U.S. in June, 2020, the Hibernians and the Echo have separately sought clarification on the precise circumstances surrounding the Belfast man's removal from the U.S. - this despite significant political support on Capitol Hill and the clear preference of the Irish American community that he be allowed stay in the U.S.

Indeed, there were indications that then President Trump had no problem with McAllister continuing to live in New Jersey.

As the Echo reported around that time, the Hibernians expressed frustration in a letter to GOP Senator Ron Johnson.

The report stated that questions continued to swirl around the precise role that DHS Acting Secretary Chad Wolf had in McAllister's removal from the U.S., the Belfast native's home for more than two decades. The Hibernians saw the hand of Mr. Wolf in McAllister's deportation.

In the letter, penned by Neil Cosgrove, AOH National Political Chair, the Hibernians stated that they had "serious questions regarding this nomination, questions that Mr. Wolf, as acting Secretary, has not answered."

Added the AOH letter in part: "On June 9, 2020, one of our members, Malachy McAllister, a law-abiding, tax-paying resident of the United States for over two decades, was deported by Homeland Security at Acting Secretary Wolf’s direction.

"Mr. McAllister fled to the United States with his family, seeking the traditional promise of safety and new beginnings that America has offered generations of political refugees. No less a personage than President Trump’s sister, Judge Maryanne Trump Barry, wrote in an opinion that current law did not anticipate the circumstances of the McAllister family. Senior Senate and Congressional leaders wrote to DHS to exercise discretion in the McAllister case until legislative redress could be made. Mr. Wolf chose to ignore the petitions of the people’s elected representatives.

"Such was Mr. Wolf’s hurry to get Mr. McAllister out of the country, that when informed that Mr. McAllister had recently broken his collar bone and that Doctor’s had advised that he should not travel, DHS chartered, at considerable taxpayer expense, an Air Ambulance and crew to deport Mr. McAllister rather than letting this man who had lived here for two decades the necessary time to heal so he could use a scheduled commercial flight.

"The only logical conclusion we can draw from this rash act is that Acting Secretary Wolf feared appeals on Mr. McAllister’s behalf would be successful. Mr. Wolf, therefore, took it upon himself to violate the rules of compassion, common sense, and the fiscal responsibilities of his department to get Mr. McAllister out of the country as quickly as possible to avoid this possibility for his own reasons.

"The Hibernians currently have an FOIA request, 2020-ICFO-56457, with DHS that is already fifty days overdue from DHS’s target response date."