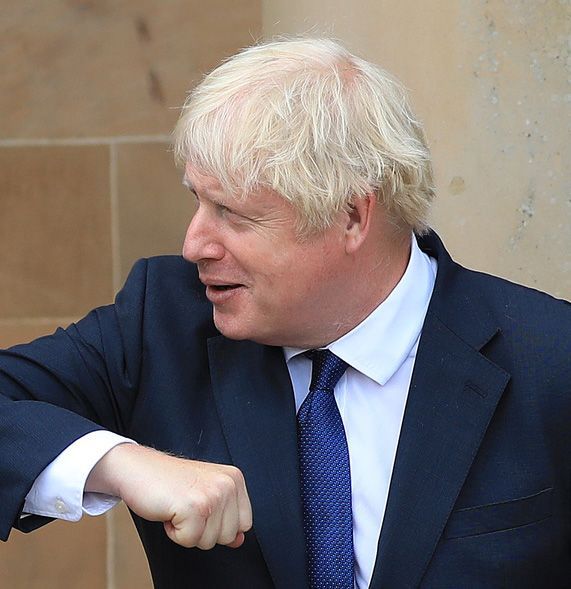 Boris Johnson is stepping off the stage. But don't for a minute think that British government messing in the future of Northern Ireland, ergo all of Ireland, is somehow going to fade into the background with him.

As per this report in the Belfast-published Irish News: "A number of Tory leadership candidates have signalled their intention to press ahead with Boris Johnson's controversial legislation to unilaterally disapply aspects of the protocol.

"Jeremy Hunt, Suella Braverman and Tom Tugendhat are among those who have said they will support the Northern Ireland Protocol bill, despite warnings it will break international law.

"As the budding Tory leaders began outlining their policy proposals over the weekend, none signalled their intention to abandon the controversial protocol bill.

"Mr Hunt, runner-up to Mr Johnson in 2019, said he would press on with plans to overwrite parts of the post-Brexit treaty. However, he said he hoped with Mr Johnson out of No 10 the 'mood music' of Britain's relations with the EU might change, and "we could legally negotiate some proper changes to the protocol".

"Attorney General Suella Braverman, writing in the Daily Express, said there must be 'no backsliding' as the bill proceeds going through Westminster. On a campaign video, she spoke of delivering 'all of the great opportunities' of Brexit."

It's hardly encouraging for the people of Northern Ireland to be subjected to this kind of delusional drivel. And that is exactly what it is. Six years after the Brexit referendum and three years after formal British departure from the European Union, we are still hearing talk about "great opportunities" as a result of Brexit.

It's worth reading these lines from veteran and London-based American journalist Stryker Maguire, a former editor at Newsweek and Bloomberg.

In reference to all the factors leading to the downfall of Boris Johnson Maguire opined in part: "In historical terms, however, those transgressions will end up being little more than footnotes. Viewed from afar, Johnson’s greatest failing is liable to be what he hoped would be his glorious legacy: Brexit. Johnson was for years Brexit’s biggest cheerleader. In December 2019, his Conservative Party won a landslide election under the battle cry of 'Get Brexit Done.' And he did: Less than two months later, Britain left the European Union. The problem for Johnson is that Brexit is doing serious and lasting damage to the British economy.

"With the effects of the pandemic fading, the scarring caused directly by Brexit is increasingly plain to see. At the Port of Dover, the busiest roll-on, roll-off ferry crossing in Europe, truck drivers subject to controls that haven’t existed for nearly 50 years sometimes wait half a day to continue their journeys. Modeling by the Centre for European Reform found that solely because of Brexit, British trade in goods was down during the first half of last year, ranging between 11 and 16 percent. “There is evidence that businesses face new and significant real-world challenges in trading with the EU that cannot be attributed to the pandemic,” the House of Lords European Affairs Committee reported in December.

"By ending the free movement of labor between Britain and the continent, Brexit is hollowing out the workforce. According to the Office for National Statistics, the number of job vacancies in the first half of this year rose to a record 1.3 million, up from about 504,000 before Brexit and covid-19 set in. The shortages afflict businesses large and small, from cafes and pubs to farms and manufacturing plants. Within the National Health Service, the shortfall early last year amounted to 6 percent of 1.5 million employees.

"If there’s an economic silver lining to Brexit, researchers scouring the data have yet to find it. “A less-open UK will mean a poorer and less productive one by the end of the decade, with real wages expected to fall by 1.8 per cent, a loss of £470 [$564] per worker a year, and labour productivity by 1.3 per cent,” according to a June report by the London School of Economics Centre for Economic Performance and the Resolution Foundation.

Inflation hit 9.1 percent in May, a 40-year high, and is expected to reach 11 percent before the end of the year; some experts cite Brexit as a major contributing factor. The overall tax burden is rising to its highest level since the postwar era, as is government spending. Citing these factors, the Organization for Economic Cooperation and Development last month predicted that British economic growth will grind to a halt next year, likely making it the worst-performing economy in the Group of 20 — aside from Russia."

And now we can expect more of the same. Plus Ca Change indeed.