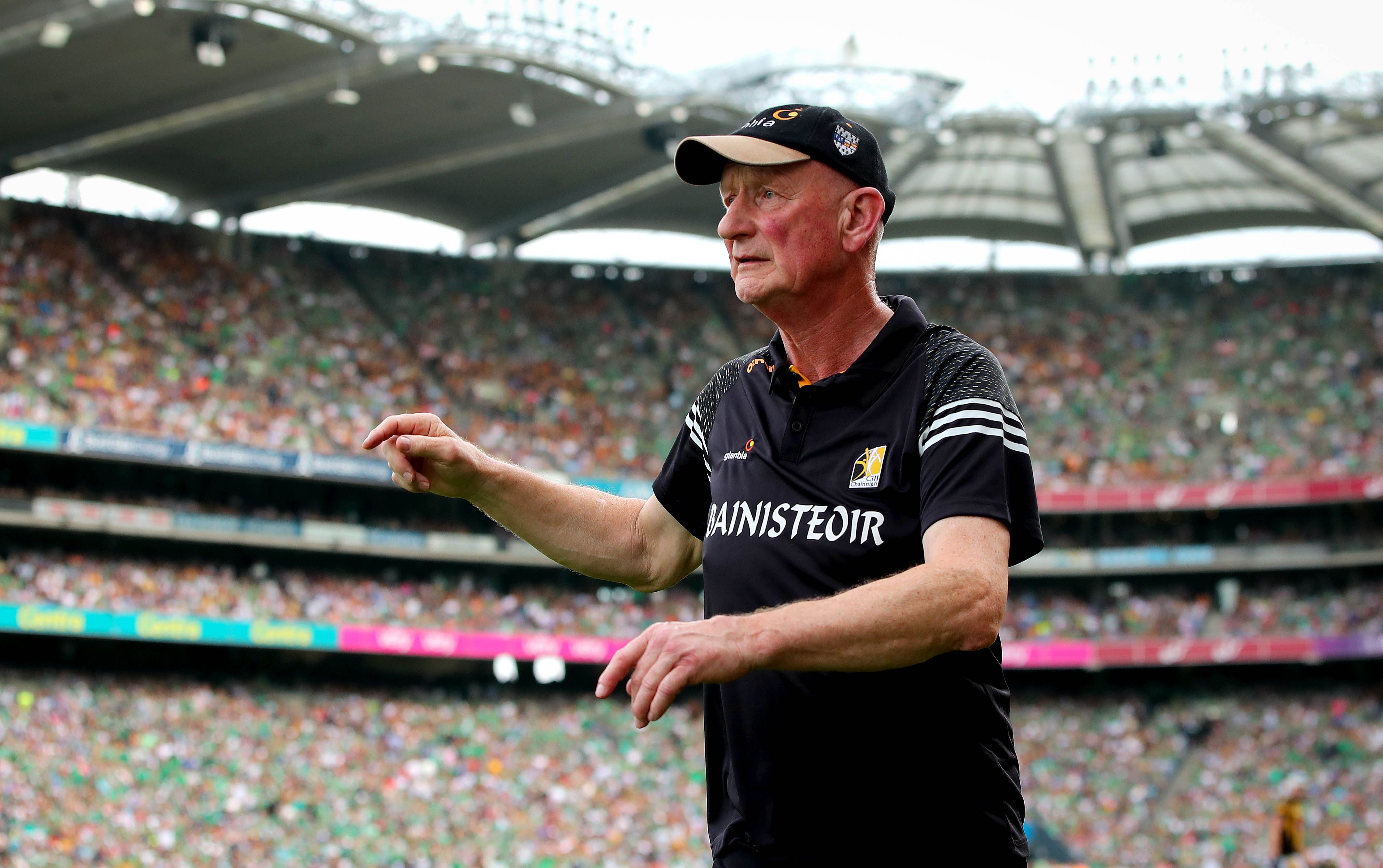 Brian Cody at the end of this month's All Ireland hurling final, which his Kilkenny side lost by a 2-point margin to holders Limerick in Croke Park. INPHO/RYAN BYRNE

In the pantheon of great GAA managers, Brian Cody stands alone at the helm as the best there ever was.

Better than Mick O’Dwyer, better than Dr Eamon O’Sullivan, better than Kevin Heffernan, better even than Jim Gavin, the Dublin man who has the unique distinction of being the only five-in-a-rower among them all.

Yet he hadn’t Cody’s longevity at the top and in his 24-year reign, the now 68-year-old collected no less than 11 Liam MacCarthy titles as well as 18 Leinsters and 10 National League titles.

Cody, who won a couple of playing All Irelands in his own heyday, was a man apart in how he reinvented his Kilkenny teams and also in how he brought a spirit and doggedness to every game that proved too much for Cork, when themselves going for a three-in-a-row or Tipperary who seemed like they were building a dynasty when winning senior and U-21 in 2009 only to see Kilkenny come back and ruled supreme once more.

The biggest criticism levelled at the former school principal is that he showed no feeling in discarding even the most celebrated of player such as Henry Shefflin when he felt the end was nigh.

It was the handshake with his once prized prince this summer when Galway beat Kilkenny in the round-robin Leinster series that will be remembered by many as Cody’s way of expressing disapproval of  his former star’s decision to manage the Tribesmen.

Ironically, he is now the favourite to take over at the helm in black and amber land, though there is also a feeling that he has a better crop of players in Galway and also his principles of not walking out on a team.

In a statement announcing the news, Kilkenny GAA on Saturday described Cody as the  “greatest manager in the history of hurling and a man who had formed an unbreakable spirit within Kilkenny hurling.”

It went on: “|Appointed in November 1998, Brian has led the Kilkenny team to unprecedented provincial and national success and is regarded as the greatest manager in the history of hurling.

“As manager, his teams have won eleven All Ireland Hurling Championships (including a record-equalling four in a row between 2006 and 2009), eighteen Leinster Championships, ten National Hurling League titles, seven Walsh Cup titles and an Oireachtas Tournament title.”