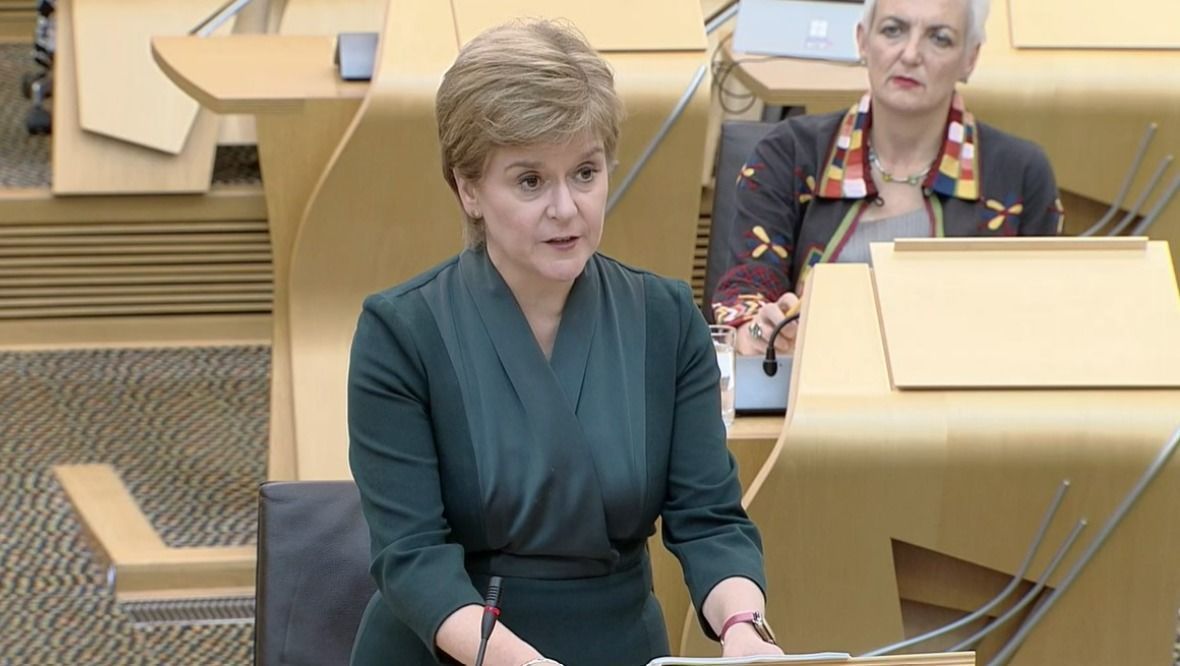 The government of Scotland has moved decisively by setting the date for a referendum on sovereignty and independence. 19 October 2023 is that date.

The decision has already won support among Scottish voters. A poll published recently in the Times showed that those for and against independence are neck and neck. 48% of those surveyed were in favor of independence while 47% were against.

In June the Scottish government began publishing a series of detailed documents spelling out the advantages of ending the Union. A crucial part of this is reversing the Brexit disaster by rejoining the European Union.

On 28 June, in a coordinated series of initiatives intended to politically and legally challenge the Tory government, Scottish First Minister Nicola Sturgeon announced that she had written to Boris Johnson seeking formal consent for the referendum vote to take place. If Johnson (or his successor) refuses, she said the Scottish government would press on regardless.

On the same day, Scotland's top law officer, the Lord Advocate, served papers on the Supreme Court in London seeking clarity on the legality of Scotland going ahead with a referendum. And as the First Minister spoke to the media the Scottish government published a Referendum Bill.

Scotland’s First Minister made it clear that if the Westminster government obstructs a referendum then the Scottish government would fight the next general election on a single issue platform – a de facto referendum on independence.

According to media reports, An Taoiseach Micheál Martin “appeared to signal soft backing for the holding of a second Scottish Independence referendum next year.”  Martin said: "Scotland sees its future economic trajectory as being one which will benefit from remaining within the European Union."

The battle lines have been drawn. The people of Scotland have the right to decide their own future. Just as we have a right under the Good Friday Agreement to a referendum on unity. Why isn’t the Irish government prepared to take the same preparatory measures that the Scottish government is?

No one, despite the frequent hysterical and inaccurate attacks claiming Sinn Féin wants the referendum immediately, believes that a referendum should be held quickly. The referendum on unity is a major constitutional initiative. It will have profound implications for all the people of Ireland and for our future. We need to prepare for it. We need to debate the possible new governmental structures required; how we will reshape and integrate governmental departments; what the economy, education, and environmental protections look like, as well as the cultural and rights based protections essential to ensuring equality and providing human rights guarantees for all citizens.

The primary responsibility for this rests on the shoulders of the Irish government. It is a responsibility that An Taoiseach Micheál Martin is shirking.

The Scottish government is planning for the future. It is setting out the options. It is engaging in a debate.

Our government is not. The desire for constitutional change in Ireland has never been stronger. The Irish government should now act positively, and convene an all-Ireland Citizens Assembly to map out a new future for the new Ireland. As in Scotland it is time to prepare for change in Ireland.

Boris Johnson has resigned. Mary Lou McDonald’s view that he will not be missed is one that is shared by many. Johnson played on peoples’ fears, as well as the supremacist and right wing attitude of many in Britain who believe the Empire was great and that Britain today is still Great.

He flip flopped on Europe, eventually coming down in support of Brexit when he saw it to his personal advantage. His determination to break international law and the Withdrawal Agreement he negotiated with the EU was matched only by his willingness to drive a coach and horses through the Good Friday Agreement. His legacy legislation which has the sole purpose of protecting the British government, British Army, RUC and security personnel is disgraceful and is opposed by every party in the North.

One hundred and fifty years years ago, Lewis Carroll labelled two characters in "Through the Looking Glass" as Tweedledee and Tweeledum. Essentially there was no difference between them. They looked the same. They sounded the same. Currently, a whole clutch of Tweedledees and Tweeldedums are fighting over who should replace Boris Johnson as leader of the Conservative Party.

With Labour and the Tories making no real impression in Scotland the future of the Tory leadership and of the next British Prime Minister will be determined by which of the line-up of candidates can appeal best to A cohort of Little Englanders.

Whatever the outcome of the fight to replace Boris Johnson, Irish republicans understand that afterward we will still have to deal with a British government that doesn’t give a tuppenny damn about Ireland. The new Tory Prime Minister will pursue exactly the same policies in respect of Ireland that British governments have pursued for centuries.

Wolfe Tone faced the same challenge in his time. “To subvert the tyranny of our execrable government, to break the connection with England, the never-failing source of all our political evils, and to assert the independence of my country – these were my objects.”

That analysis and his objectives are as vital to the future of Ireland today as they have ever been. Tone’s remedy is our remedy: “To unite the whole people of Ireland, to abolish the memory of all past dissensions, and to substitute the common name of Irishman in place of the denominations of Protestant, Catholic and Dissenter – these were my means.”

Four years ago 374 Falls Road was derelict and run down. It had been a shop, a hairdressers', and a post office. Today, Áras Uí Chonghaile is a hugely impressive award winning building and a must visit cultural and historical centre dedicated to conserving the heritage of James Connolly and the key role he played in Irish history, the struggle for freedom and the Labour Movement.

It was formally opened in April 2019 by President Michael D Higgins.  Two months ago, the Royal Society of Ulster Architects named Áras Uí Chonghaile as the Building of the Year.

The success of Aras Ui Chonghaile is down to the hard work and vision of a small group of activists in Belfast. Key among those who made the Áras possible is the trade union movement and especially trade unions in the USA.

Rita O’Hare, Sinn Féin’s representative in the USA at the time, made the initial introductions and the Belfast activists found in American trade unions an enthusiasm and energy that matched their own. They quickly came on board and their funding made the Áras possible.

Foremost among Áras Uí Chonghaile’s American friends is Terry O’Sullivan, the president of the Laborers International Union of North America (LiUNA). Terry unveiled the James Connolly statue in 2016 on the centenary of the Rising. It now stands outside the Áras.

Last Friday, Terry was back. As a thank you for his solidarity and that of LiUNA the third floor event’s room has now been rebranded as the "Terry O’Sullivan LiUNA Conference and Event Suite." Well done Terry and all our friends in LiUNA.

This column supports the work of The Moore Street Preservation Trust to save the 1916 Moore Street Battlefield site, the most important historic site in modern Irish history. A fundraising concert is set for August 11 in Liberty Hall Dublin. Get your tickets now at  https://bit.ly/3AAcDe0. Don’t miss out!