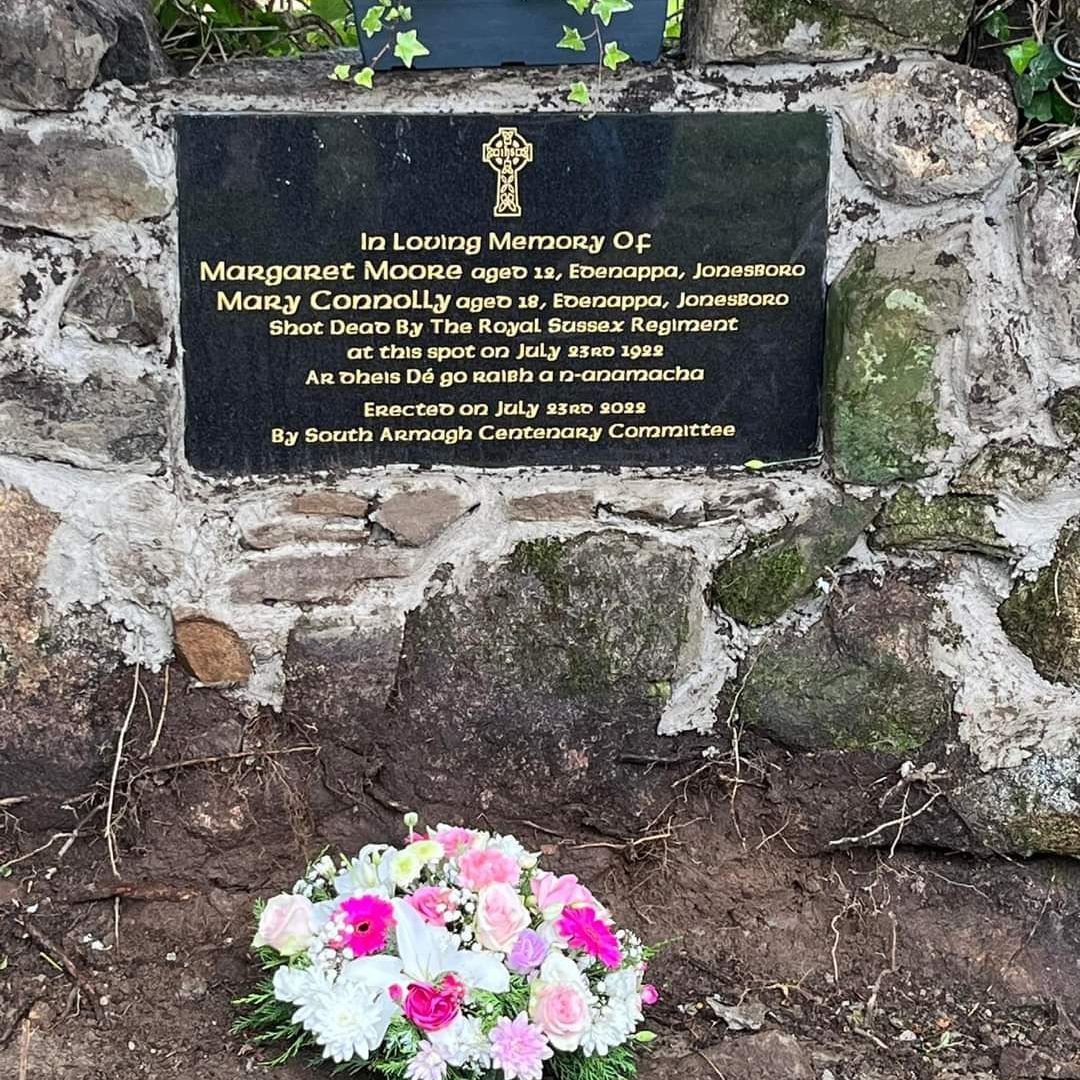 There was a Sweetie Shop across from Saint Finian’s School, just above Leeson Street on the Falls Road. It had a large advertisement for Blue Bird Toffees  as part of its frontage. It was an attractive feature boasting an iconic Blue Bird in full flight.  I call this fine establishment a sweetie shop because my recollection, which may be flawed, is that this shop sold only sweeties. They were there in large glass jars with big screw-on lids. Shelves upon shelves of them. Confections of all descriptions.

The shopkeeper would take down the jar containing the sweets you requested - sometimes you could get an assortment of different ones if he wasn’t in bad form or too busy. He plunged his hand or a metal scoop into the sweets in the jar before depositing your purchase into a paper bag or a wee paper poke made of newspaper. We used to get to go there on our way to The Clonard or The Diamond Picture Houses to spend our pocket money on Saturdays. Or after school if someone had the spondoolicks.

And crisps. Every packet had its own salt inside the crisp packet, wrapped in a wee twist of blue paper. Not so many flavors as nowadays if I recall properly.

Nowadays they are all smaller than they used to be. Sometimes the packaging is deceptive. Designed to make the contents look bigger than they are. Very sleek it.

Other shops sold sweets as well. Patsy’s at the corner of Abercorn Street North and Leeson Street sold cigarettes and milk and some groceries also. And buns of all kinds.  Sore Heads. Flies Graveyards. Gravy Rings.  Diamonds. Paris Buns. German Biscuits.  Snow Balls. But not the same as the mallow filled chocolate coconut sprinkled deli-cities. These were real buns. Again much smaller these days.

Stinker Greenwoods on the Springfield Road sold sweeties and buns as well. Further up the road at the corner of Kashmir Road there was another sweetie shop. They sold broken biscuits and damaged liquorice allsorts. Bits of broken pink rock with fractured lettering in the middle. They were cheaper than the undamaged ones and me and Joe Magee would often spend our bus fare there and walk home to Ballymurphy from the Boys Confraternity in Clonard.

Victors in Castle Street sold great ice cream. A  Smokie from Victor’s was a special treat at the weekend. Fusco’s too had great pokes. They still  do.

On good days an ice cream man would park his big tricycle bike at the wee gate of the Falls Park. There was a huge ice box at the front of the tricycle filled with ice cream. A penny a poke. Splashed with strawberry syrup. He would scoop pokes full of his delicious fare until he ran out of ice cream. But not for long.  He would go off and return with a fresh supply. Most days our  pennies ran out before his ice cream.

That was before Mr Softee and other super duper creamy soft concoctions. This was real Italian icea de creama. Sometimes there were little bits of real ice in it.

During some of the riots in Ballymurphy decades later in the seventies, on warm summer days the more modern Ice Cream Van, complete with its loudly blaring  jingle, would park on the edge of the rioting Ballymurphians  and dispense ice cream to them until the Brits gave up and returned to their barracks at the Henry Taggart. Then the rioters and the Ice Cream van went home.

I used to wonder what the squaddies thought of it all. Most of them probably grew up in social and economic conditions not dissimilar to our own. Im sure they grew up with the same sweeties we loved, bought in Sweetie Shops just like the ones we frequented.  One of the main differences was when they arrived here none of the Sweetie Shops in the communities they occupied would serve them.

So no Penny Chews. No Black Jacks. Or Rainbow Drops. No Whoppers. Kailie Suckers. Love Hearts. Not for them.

Not in Ballymurphy.  Or other communities blighted by British military occupation.

Two weeks ago the BBC program Panorama broadcast a report which claimed that the British Army’s elite death squad - the Special Air Service (SAS) was responsible for as many as 54 killings of detainees in Afghanistan in 2010-2011. The excuse in most instances was that the detained Afghan men either unexpectedly produced weapons or made an effort to take a weapon from a SAS member. Senior British Army officers covered-up these actions.

The British Military Police have now asked the BBC for all the information they had gathered. Eight years ago the Military Police established Operation Northmoor. Its role was to investigate over 600 alleged offenses by British forces in Afghanistan. This included killings by the SAS of civilians. The investigation was shut down in 2019. It concluded that there was no evidence of any offences having been carried out by the British Army.

None of this will surprise the hundreds of families in the North who continue to campaign for a legacy system that will deliver truth. The use of counter-insurgency tactics, shoot-to-kill operations, summary execution, of plastic bullets and of collusion between state agencies and loyalist death squads is well recorded in the North. These have long been an integral part of the British state’s strategies in its colonial and post-colonial wars.

An earlier example of this was highlighted at the weekend when the South Armagh Centenary Committee published an account of the brutal murder of two young women in South Armagh by the British Army in 1922. The report exposes the subsequent cover-up by the Unionist Stormont regime.

On Sunday 23rd July 1922 four young South Armagh girls, Mary (Minnie) Connolly (aged 20), Margaret Moore (aged 12), Mary Moore (aged 18) and Kate Moore (aged 15) were ambushed by British troops as they walked home. About 30 minutes before the 11pm curfew the four young women were close to their homes when British soldiers from the First Battalion of the Royal Sussex Regiment attacked them. In the fusillade of shots that were fired Margaret Moore and Minnie Connolly were shot and killed and Mary was seriously wounded.

Two days later on 25 July a Commission was established by the Unionist Minister for Home Affairs, Dawson Bates. Like so many that were to occur in the most recent decades of conflict the process was a whitewash. The civilian and family eye witnesses were disbelieved and dismissed. The Commissioner said of the civilian witnesses’ evidence: “I cannot place a reliance upon it in face of definite evidence of the Military.”

Of the Military witnesses the Commissioner said he was “greatly impressed” by their accounts. The Edenappa Inquiry was a sham. The Stormont regime did not want the truth to be told. Nor was Edenappa an isolated incident. It is one of many such atrocities perpetrated by the British state in Ireland.

Three months ago the British government introduced legislation entitled The Northern Ireland (NI) Troubles (Legacy & Reconciliation) Bill. It will ban all investigations, inquests, and all future civil actions. This is in effect an amnesty Bill.

100 years on from the murders of Margaret Moore and Minnie Connolly and the wounding of Mary the British government is still engaged in the same techniques of cover-up and whitewash. The Edenappa Memorial was unveiled on Saturday 23 July