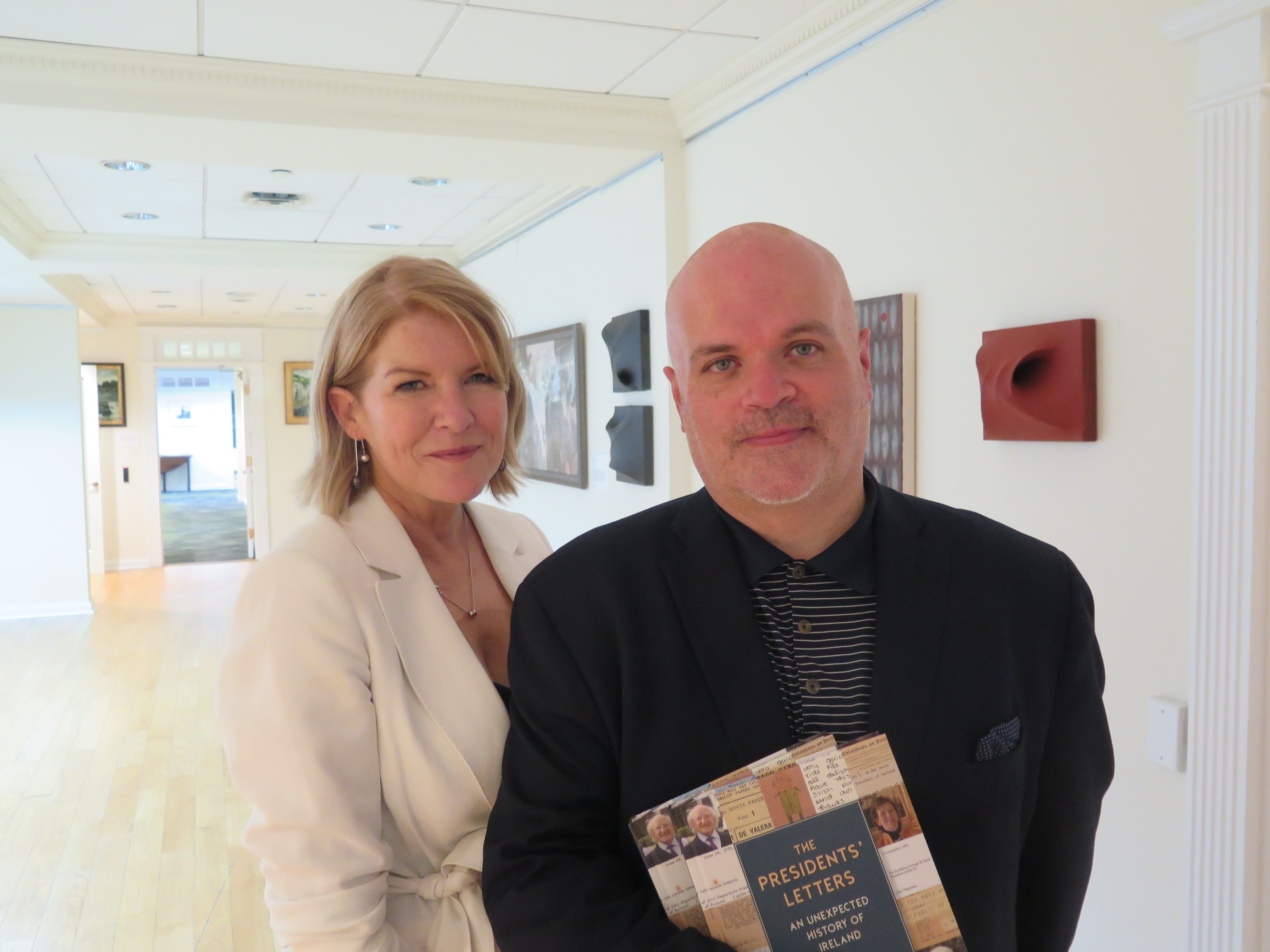 Pic of the Day: Flor MacCarthy and Erskine Childers at Monday evening’s reception at the Consulate of Ireland in New York to mark the U.S. publication of her book “The Presidents’ Letters: An Unexpected History of Ireland,” which features more than 400 communications to and from Ireland’s nine presidents from 1938 to the present day. As part of the program, Childers read a letter to his parents from his grandfather President Erskine Childers, a dispatch recounting his experiences on the campaign trail in 1973 and describing his and others’ reaction to his victory. MacCarthy spoke about the book in conversation with Glamour editor-in-chief Samantha Barry, who contributed the essay that accompanies Chapter 6, “Airmail: Correspondence with the Irish Diaspora,” and actress Marie Mullen also read several of the letters. For more details about the book, click here. [Photo by Peter McDermott]