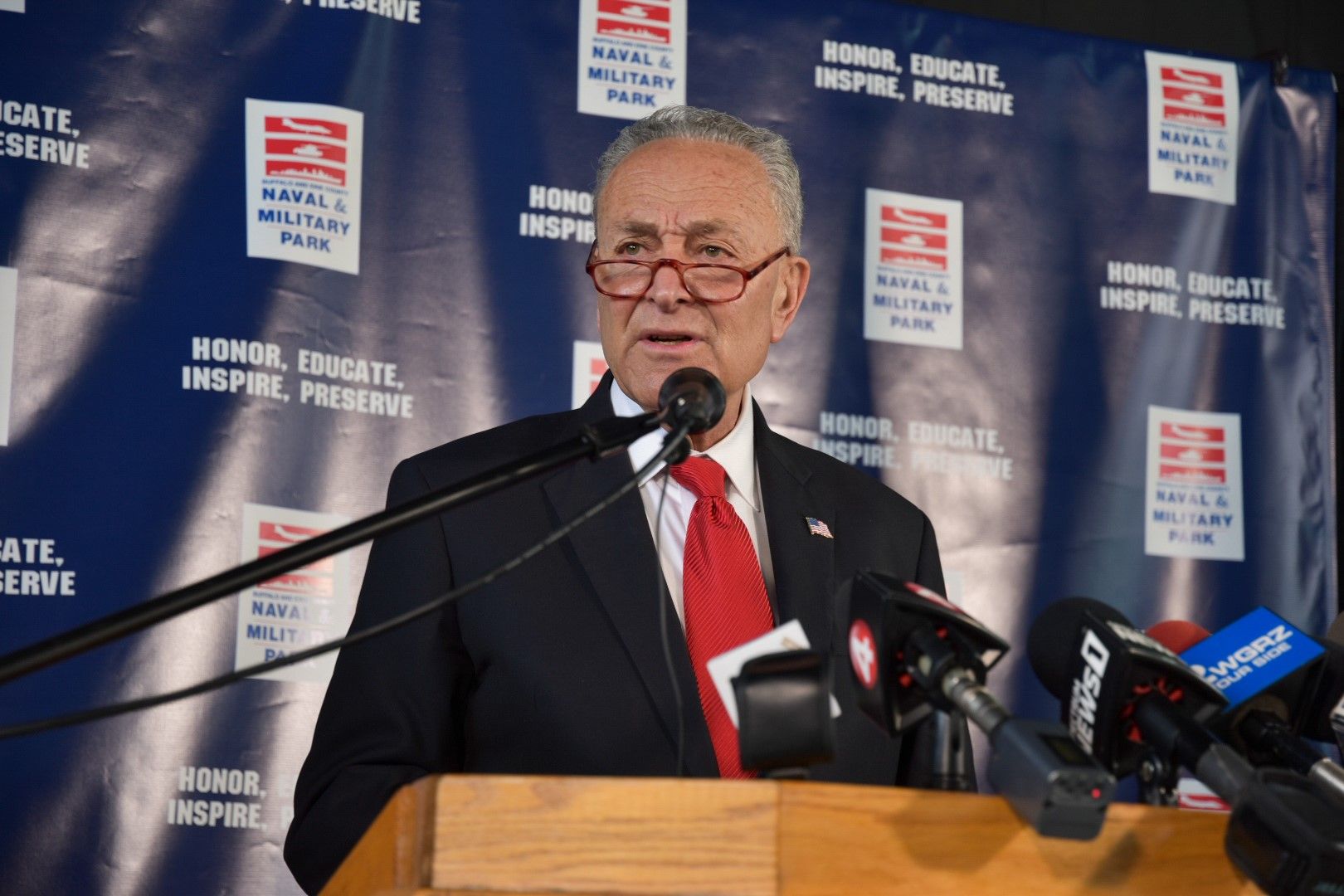 As the European Union began a course of legal action against the British government over its proposed changes to the Northern Ireland Protocol, U.S. Senate Majority Leader Charles Schumer was meeting in Washington with a delegation of visiting Irish politicians and members of the Ancient Order of Hibernians.

The item at the top of the agenda for the meeting between the senators and the visitors was the British government's proposed amnesty legislation.

But the Protocol situation was also on the minds of host and visitors alike.

Said Schumer in a statement: “I was pleased today to meet with Irish American leaders from AOH and leading Irish human rights advocates and elected representatives — including elected representatives John Finucane and Fergus O’Dowd — on a number of matters, including the unwelcome and unjustified amnesty legislation and the recently proposed legislation to unilaterally undermine the already negotiated and agreed upon Northern Irish Protocol.

“The proposed amnesty legislation would severely undermine both the system of engagement and institutions of justice set forth in the Good Friday Agreement and the Stormont House Agreement, which gave victims access to pursue truth and justice.

"The proposed amnesty legislation is unilateral and unwelcome by virtually all parties, as well as unjustified by the facts and history. I sincerely hope it will not gain support because it would serve to derail truth, reconciliation and justice for so many victims and would hurt, not help, the ongoing intent of the Good Friday Agreement to promote and preserve peace, mutual respect and shared prosperity.

“On the matter of the Northern Ireland Protocol, I urge our friends in the UK government to pursue a path of good-faith negotiation to resolve differences, rather than destabilizing, unilateral action that would undermine an already-negotiated international agreement.

"As I have said many times, a return to a hard border is not acceptable, nor is it wise economic policy for the people on the island of Ireland, who have benefitted mightily from the changed policies that were birthed after the Good Friday Agreement.

"As Majority Leader of the United States Senate, I join my partner in government, Speaker Pelosi, in saying that rash, unilateral actions that threaten international agreements will undermine support in the Congress for any bilateral trade proposal.

"Again, I urge a path of engagement and negotiation to mete out differences in a way that preserves the peace, stability and shared progress fostered by the Good Friday Agreement.”