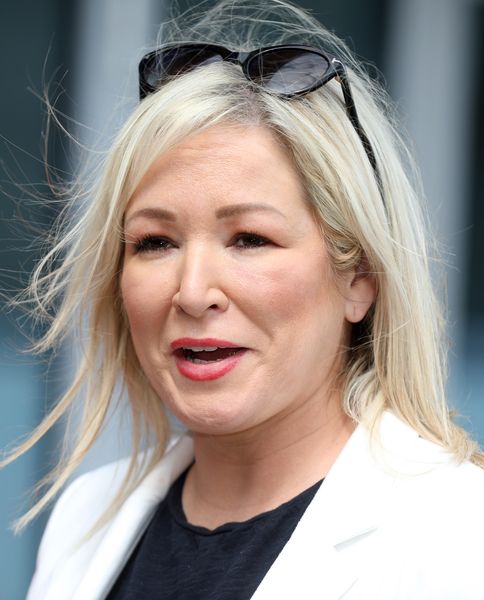 O'Neill Calls for Formation of Executive

Sinn Féin’s Michelle O’Neill has called for an Executive to be formed and said the DUP’s stand-off is with the public, not the European Union.

Northern Ireland’s First Minister designate was speaking in the Assembly on Monday during a specially convened sitting. The DUP are refusing to vote on a Speaker or form a power-sharing executive over its campaign against the Northern Ireland Protocol.

During Monday’s sitting the DUP once again blocked attempts to elect a new Speaker. It’s the second time since the May 5 Assembly election – in which Sinn Féin eclipsed the DUP to become the largest party in the Assembly – that the main unionist party has refused to vote for a Speaker.

Speaking in the chamber, Michelle O’Neill welcomed the news that one of the North’s biggest manufacturers, Wrightbus, has secured a deal to supply 60 hydrogen buses to Germany over the next two years.

“This illustrates the benefits that our continued access to the EU single market is yielding for local business, our economy and jobs,” she pointed out.

“All parties, but also the British government should respect the democratic outcome and now fully support the application of the Good Friday Agreement through power-sharing and equality.

“The DUP stand-off is with the public, not the European Union.

“The stand-off is with those people crippled in pain waiting for treatment and surgery on the NHS and who voted for us to tackle the waiting lists by investing an extra £1 billion in health.

Alliance MLA Nuala McAllister said it was clear that the majority of MLAs want a Speaker elected.

“There was much chat in the Assembly there about stunts being pulled today but let’s be clear, the only stunt being pulled over the past few weeks and the past few months is the stunt of the DUP to not restore the executive, or even nominate a speaker.”

Secretary of State Brandon Lewis earlier called on all parties to elect a Speaker.

“Together, we must work to deliver a brighter future for all the people of Northern Ireland,” he wrote on Twitter.