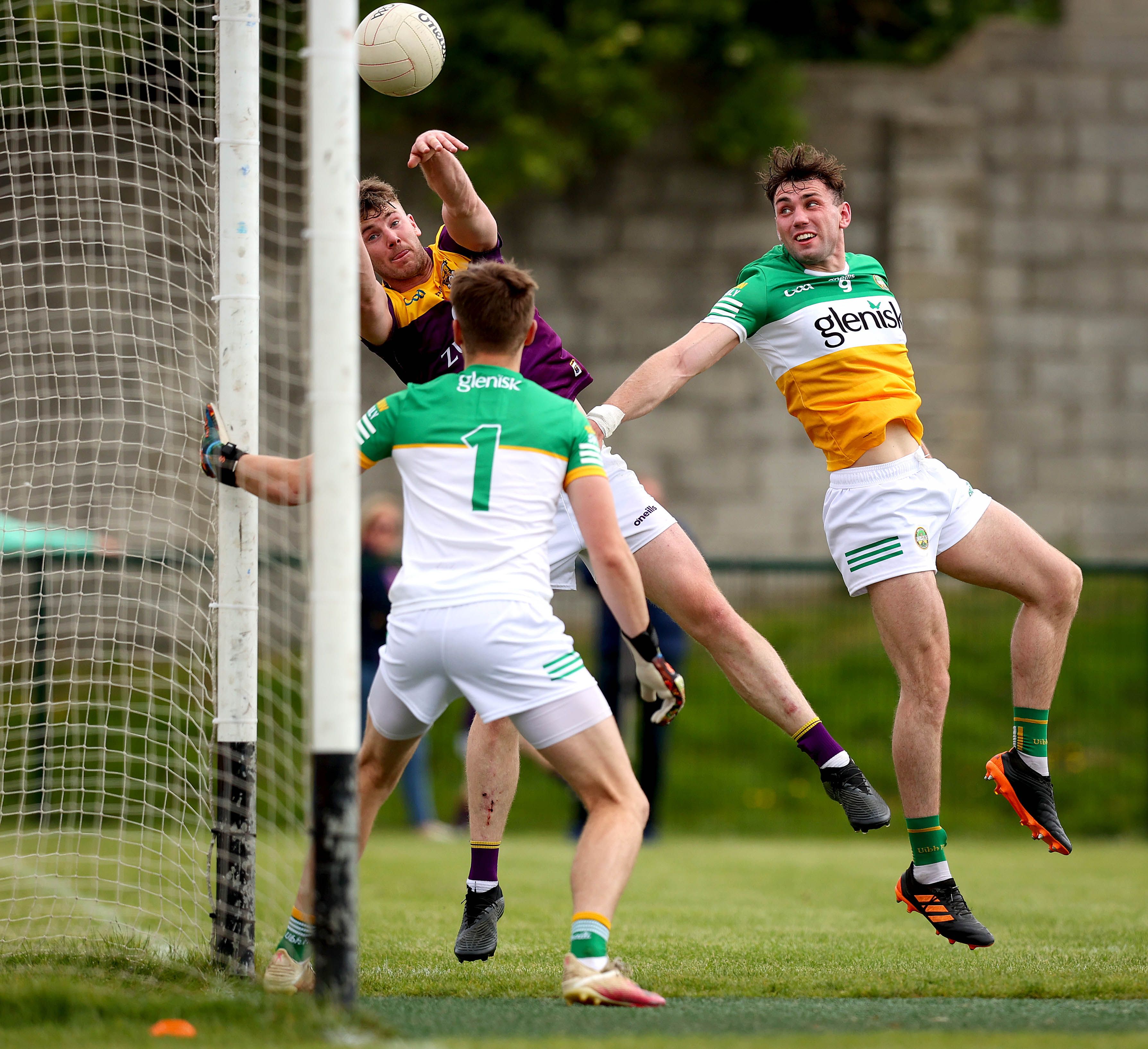 Offaly conceding a goal vs. Wexford, but won the game and the follow-up vs. Wicklow. INPHO/RYAN BYRNE

New York make history this Saturday afternoon when they enter the Tailteann Cup at the second round stage by traveling to play Offaly in Tullamore. A victory here and they are guaranteed a semi-final spot which will be played in Croke Park.

So that gives Johnny McGeeney’s travelling party great incentive as they face up to John Maughan’s men, who were relegated to Division 3 of the National League in the spring.

It also means that for the first time they will play championship football outside of Connacht, thus giving them the opportunity to play teams from all four provinces.

For the record, it is 21 years since they actually played a championship game in Ireland, that occasion saw a 3-13 to 1-9 loss against Roscommon at Dr Hyde Park.

Offaly suffered first round Leinster championship defeat against Wexford before recovering in the preliminary round of the Tailteann Cup to beat the same opposition and then went on to take care of Wicklow with eight points to spare last Sunday in O’Connor Park.

In the other southern section game in which New York are placed, Westmeath will be expected to take Carlow’s scalp, although the men from the foot of Mount Leinster shocked Tipperary in Dr Cullen Park on Sunday.

In the northern section,  there is a big northern derby as Cavan travel to Fermanagh while rejuvenated Leitrim will host a Connacht derby against Sligo.

Offaly Manager Maughan welcomed the chance to play New York and declared after the draw: "I’m looking forward to the fanfare and the excitement of New York coming to Tullamore. I’m very, very happy to have a home game first of all. We’re thrilled to be in the Tailteann Cup, it’s a great competition.

“We’ve got two victories, yesterday a good victory over Wicklow and last weekend down against Wexford. We’re delighted to be progressing along and we were eagerly anticipating the draw this morning, a bit excited and nervous so it’s great to have a home draw and we’re looking forward to next weekend."

The other three games will take place on Sunday. The  four victorious teams in those game will advance to the semi-finals which will be held two week later.