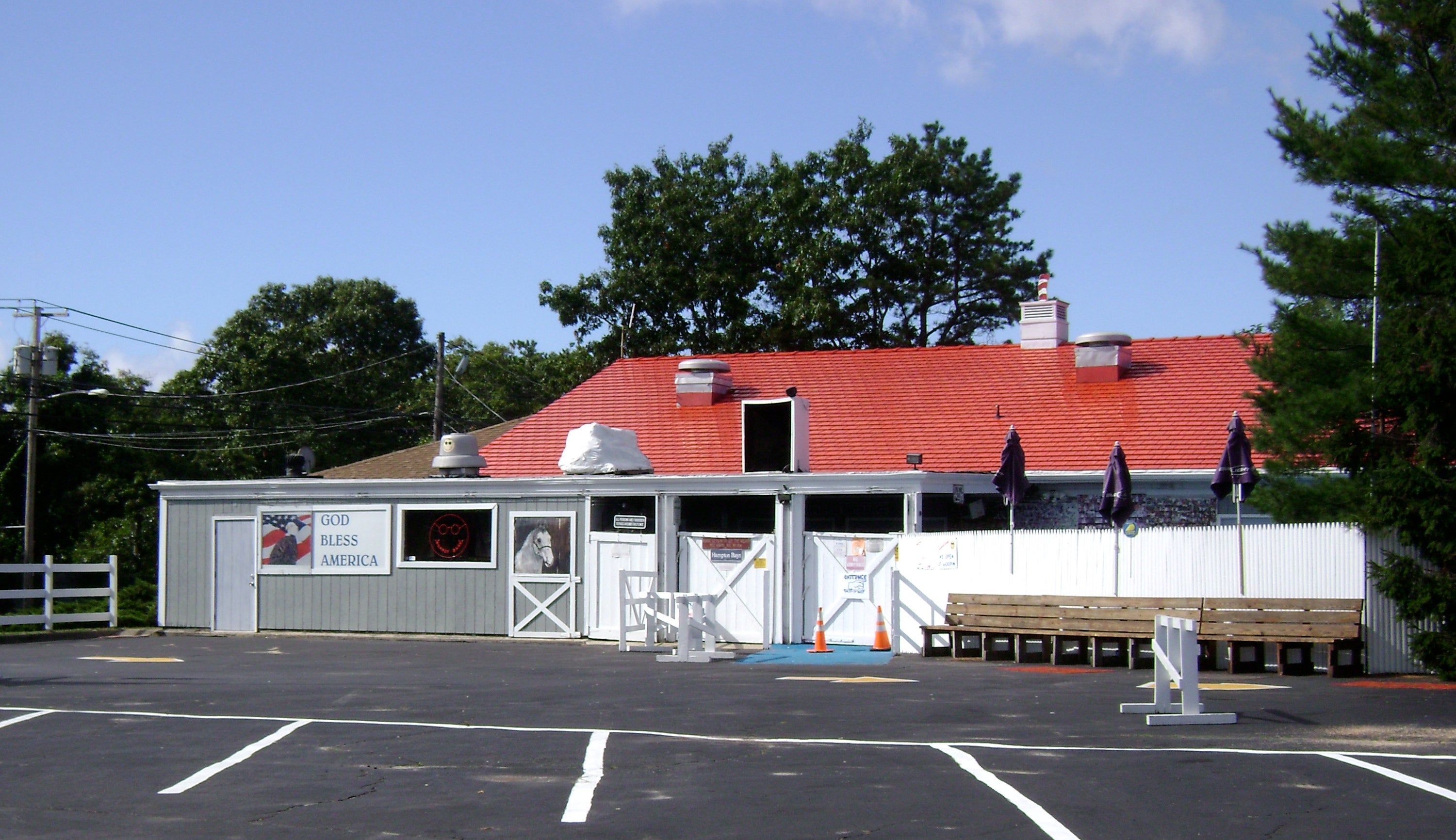 So, The Boardy Barn in Hampton Bays, Long Island is no more. I can hear silent tears dripping into pint mugs all over BBQ.

You don’t know what BBQ is – well, then you probably wouldn’t have felt very comfortable in the raucous atmosphere of the Barn.

It stands for Brooklyn, The Bronx, and Queens, and was a pejorative term used for those who invaded Hampton Bays from the boroughs on summer weekends.

Because we were well known in most of the Irish neighborhoods of New York, Turner & Kirwan of Wexford felt right at home in the Boardy Barn.

We played happy hours here every summer weekend in the late 1970s, where up to a thousand roiling, sweaty people would dance and carouse after making their way up to Montauk Highway from the pristine beaches of Hampton Bays.

On a good day up to 100 kegs of beer would be drained, and that’s not even counting cans and shots.

It was like going into battle. The only way to survive was to get the crowd on your side, and then hold them there for the remainder of the four-hour gig.

We were not your usual Irish Folk duo. Pierce Turner played a moog synthesizer on top of an electric clavinet and battered a high-hat with his left foot.

I assaulted a kick drum and an electric-acoustic Ovation boosted by a battery of effects. Between us we sounded not unlike a psychedelic A train roaring through a local stop.

We learned early that every song had better segue directly into the next, for any silence could lose you the crowd’s fickle attention.

The bartenders approved of this strategy – continuous noise equaled continuous drinking, with no time wasted on niceties.

To that end, before every set they topped off a pint glass of Southern Comfort for each of us. We had discovered that this sweet but fiery liquid was Janis Joplin’s favorite poison, and what was good enough for the Texan Blues belter was just the ticket for two culchies from Wexford.

The crowd was usually happily wasted, but one afternoon a guy seeking to impress his date grabbed one of our pint glasses assuming it was full of beer and tossed it back.

His eyes bulged as he dropped to his knees, and his date screamed as her paramour’s forehead hit the concrete floor.

We were playing Lola by The Kinks at the time. With a capacity clientele screaming the chorus no one even blinked.

I don’t ever remember a fight in the Barn. The security guys preferred gentle persuasion to the sadistic maneuvers favored in other establishments.

But the truth is owners dictate the mood and carry-on in every gin mill. And Mickey Shields and Tony Galgano were princes in their field. Even at its most rip-roaring, the Boardy Barn always seemed friendly and well managed.

Tony, in particular, encouraged Turner & Kirwan to go over the top. All these years later, I can still picture him smiling broadly as we got the whole joint snarling the chorus of Bob Dylan’s elemental kiss-off, Like a Rolling Stone.

When I complimented him later on his acceptance of high-spirited behavior, he merely smiled and explained that he and Mickey were in the business of selling booze not cotton candy.

I guess Mickey, a large sized character himself, knew the place wouldn’t be the same without Tony who passed away in November.

A hurricane had been forecast for our last Boardy Barn gig, yet all appeared calm enough as the evening wore on. Suddenly, a blast of wind hit the huge marquee tent and the support poles shuddered violently. Security took over, and though well oiled, the crowd departed in a disciplined manner.

In the spills of driving rain Tony helped us carry our equipment to the van and told us to make for Manhattan, but if the storm worsened to check into the nearest motel and charge the room to him.

We made it home safely, Tony, and it’s my loss that I never saw you again to thank you for your consideration.

I’m sure many readers will raise a glass to you for giving us all so many priceless happy hours back in the Boardy Barn of our youth.