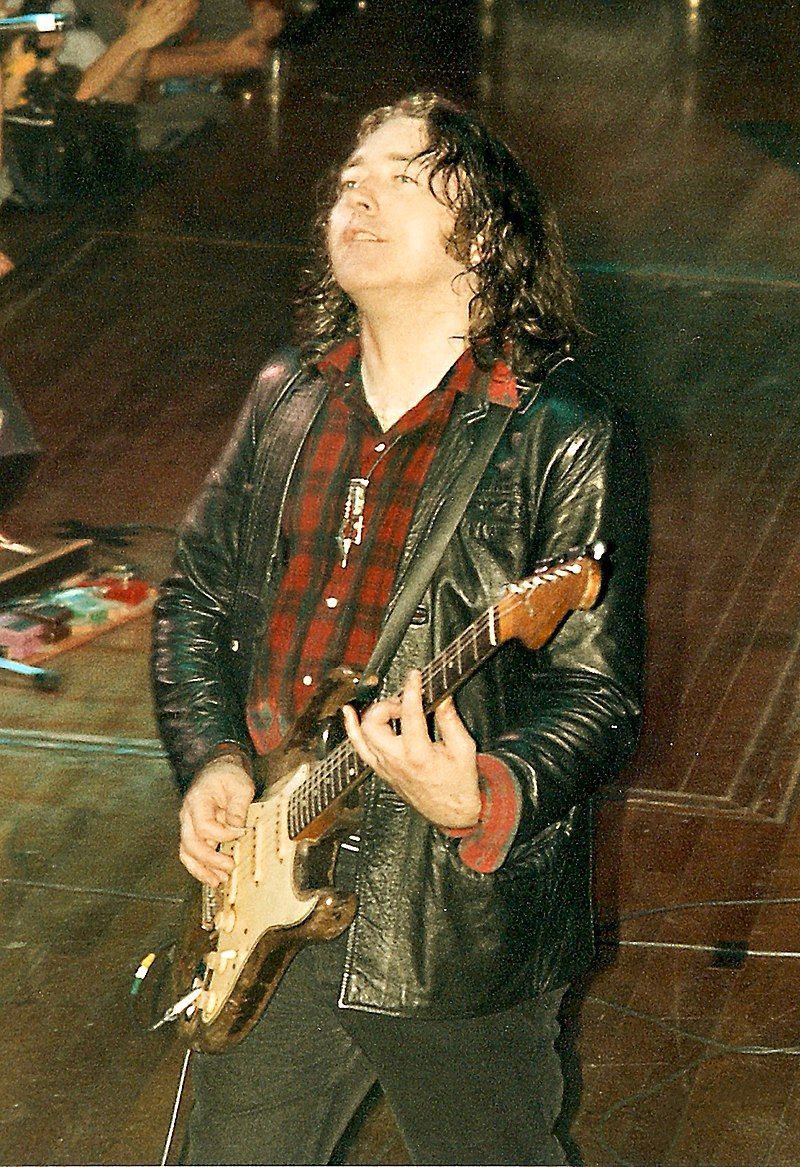 Rory Gallagher belting out the Blues in 1987.

Rory Gallagher was a man of contradictions. Born in Ballyshannon, County Donegal, he spoke with a soft Cork accent; the quietest man in the room, he was one of the great Blues belters. He lived for music, and in some ways he died for it.

It’s fifty years now since he released "Live in Europe," arguably Rock’s greatest live album, and it’s 27 years to the month since he passed away.

Though a household name, most Irish people have never heard his music, for he was rarely played on popular radio lest he might singe the ears of God-fearing punters with his Blues based explorations. Yet he is one of the best known and revered Irish musicians and has sold over 30 million albums.

His peers were no less impressed by his raw talent, when asked what it was like to be the world’s greatest guitarist, Jimi Hendrix replied, “I wouldn’t know – ask Rory Gallagher.”

Meanwhile, Eric Clapton was so enamored of his playing he asked Rory’s band Taste to open for Cream at their legendary Royal Albert Hall final concert.

All heady stuff for a guy barely out of his teens who had grown up on the banks of the River Lee, far from the bluesy Mississippi Delta.

But then little Rory Gallagher, like wee Ivan Morrison, cut his musical teeth in a much-maligned Irish institution – the showband.

At the age of 15 Rory joined Cork’s Fontana Showband. It was the same age Van hooked up with The Monarchs from Belfast.

From personal experience I know that showband discipline tended to make or break musicians. Because of the presence of brass players you were expected to become adept in almost every key; and you played whatever was danceable in the Top Twenty, be it Pop, Rock, Ska, Country, Trad, Jazz, you name it.

Rory came of age in The Fontana (later called The Impact), and learned about life while playing U.S. army bases in Europe and the UK.

Two years later, in Belfast, he formed Taste, an explosive three-piece Blues Rock band managed by Eddie Kennedy who kept them on the road for four years in a battered Transit van, but blowing minds everywhere they went.

Their last major gig was at the 1970 Isle of Wight Festival where before a massive crowd they gave Hendrix, The Who, and The Doors, a run for their money, then promptly broke up.

The 22 year-old Corkman brought aboard Gerry McAvoy on bass, and Wilgar Campbell on drums, and with his brother Donal managing, Rory Gallagher set out to fulfill his dreams.

I went to see him whenever I could. Can you imagine what he meant to young Irish people still trapped in the dregs of Éamon de Valera’s dated dreams?

With the North of Ireland going up in the smoke, we had little to cheer for, but we had Rory, and he was the best Blues Rock guitarist/singer in the universe.

Every year he came home and played a Christmas tour. Those gigs were beyond belief.

Rory shredded his sweat-stained guitar for hours on end, and it wasn’t just for himself; he was exhorting us to go beyond ourselves, to dream big, and make sure you at least came within an ass’s roar of those dreams.

After emigrating, I saw his every New York gig, from the Bottom Line to opening for Rod Stewart in arenas and demolishing him.

Rory gave every iota of himself onstage. Rodney just seemed to be having a bad night after the young Corkman had scorched his stage.

To get to the heart of Rory’s demise would take more than a column. Suffice it to say, the road is a monster, sooner or later it forces you to confront your demons, and no one escapes without scars.

You’ll never get a chance to see Ireland’s greatest musician now, but you can still experience him.

The next time you’re feeling a little low play Rory’s "Live in Europe" album. It might be fifty years old but it will shake the cobwebs from your soul and bring a huge smile to your face, with only the hint of a tear when you consider what might have been.