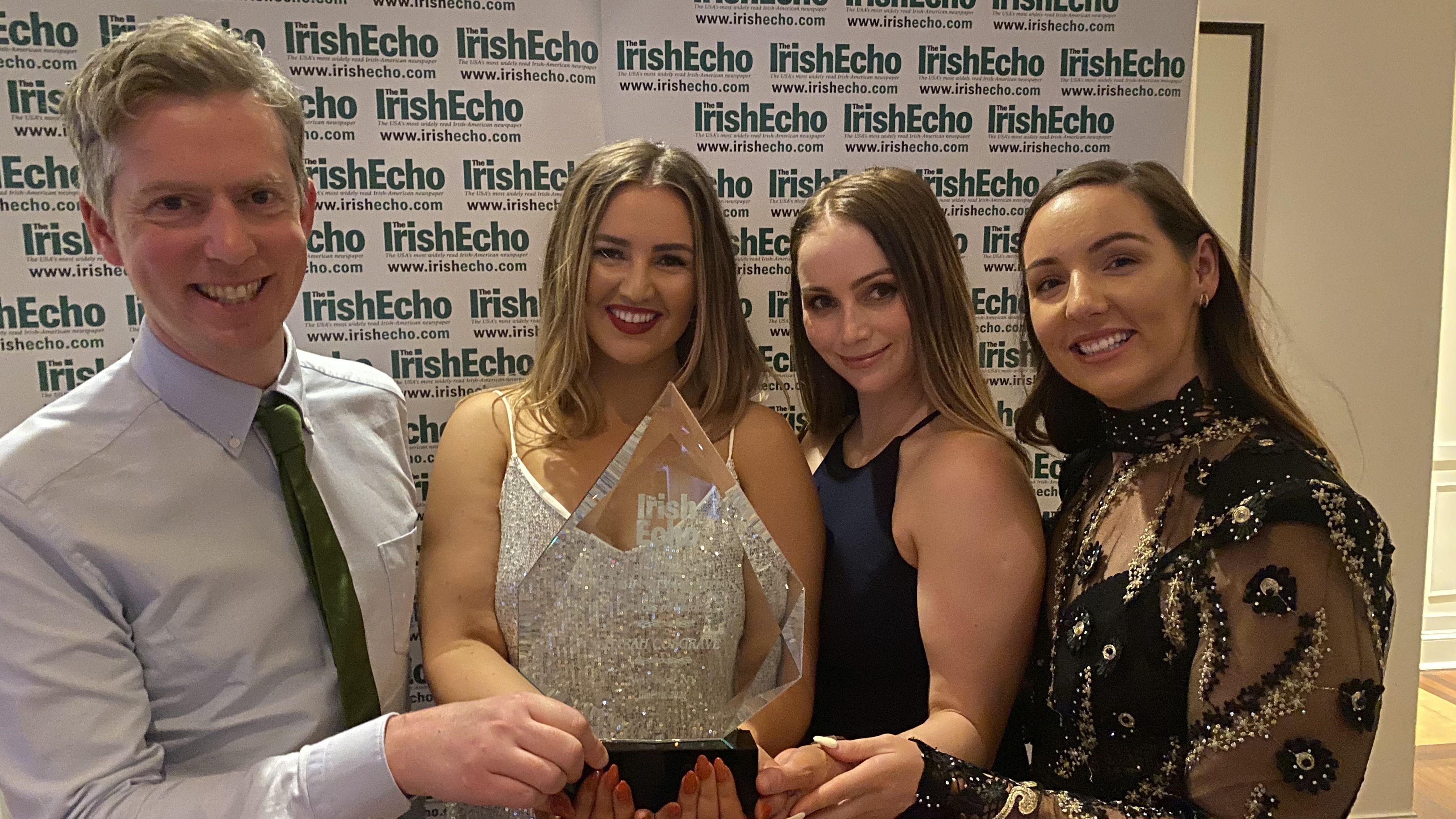 Among the key honorees were attorney Mike Carroll, recognized for his tireless advocacy for the civil rights of all communities in Northern Ireland over the past three decades and retiring Queens' Assemblywoman Cathy Nolan.

New York remembers Ashling Murphy. Congratulations to the organisers @Niamh_Reillyx and @brettface92 on raising over $30,000 pic.twitter.com/vW7mUhH47N

Deputy Consul General of Ireland in New York Seán Ó Aodha presented the Voices of Valor award to Amy Brett, Niamh Reilly and Sarah Cosgrove who organized a vigil in Central Park after the January murder of Ashling Reilly in Tullamore, Co Offaly.

Also picking up awards for the contribution to the community were Tyrone author Colin Broderick, CEO of the Partnership to End Homelessness Áine Duggan and John Handy of the Irish Language Learners LLC in Philadelphia.

A full bio of every awardee is in this week's Irish Echo.