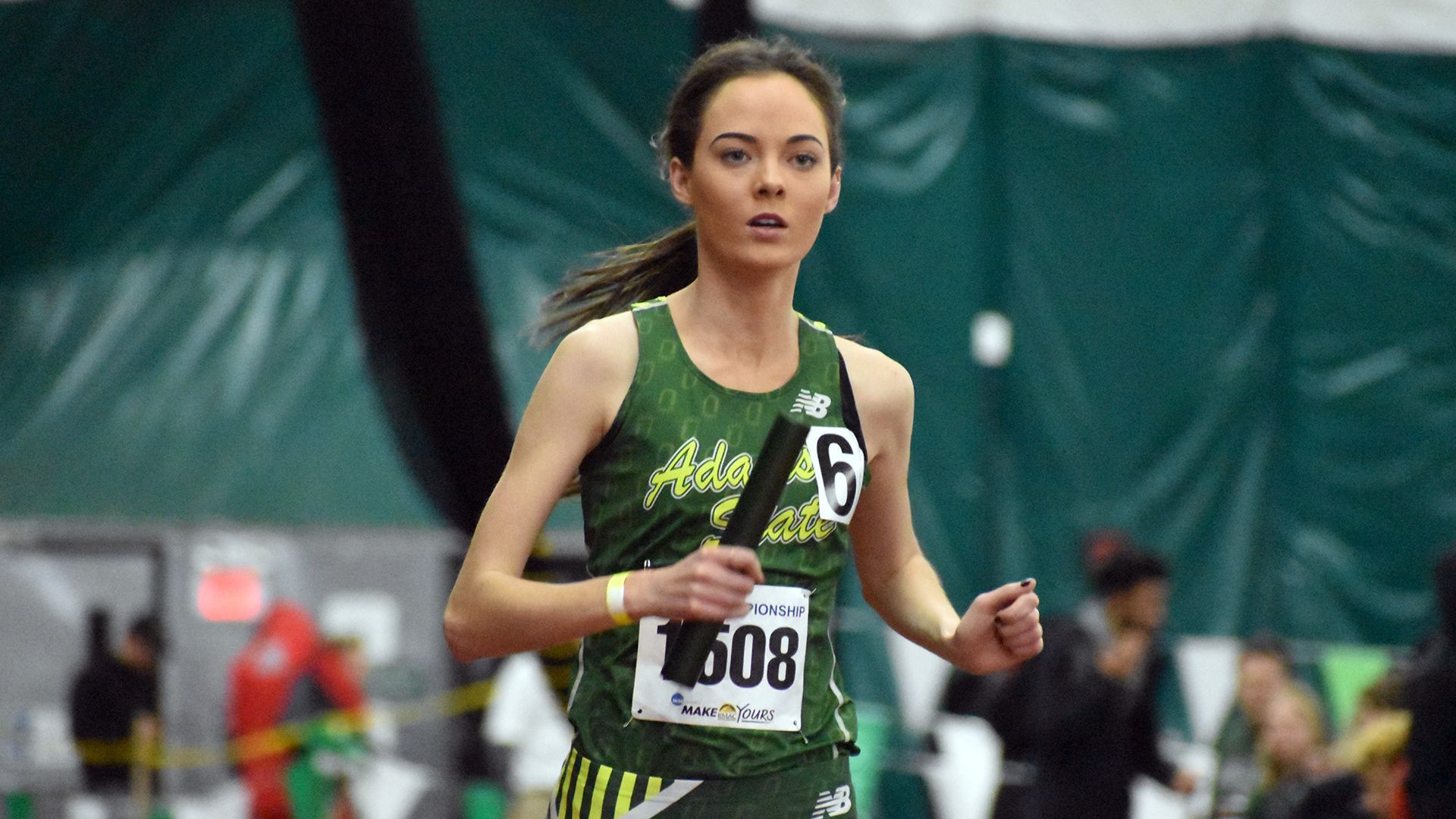 Roisin Flanagan of Adams State posted a pair of high finishes in the NCAA Division 2 Outdoor Track & Field Championships in Grand Valley, Mich. The senior from Gortin, Co. Tyrone took second in the women’s 1500 meters, just getting nipped by Yasmine Hernandez of Colorado State-Pueblo. The latter won in 4:15.72, with Flanagan along in 4:15.88.

Flanagan got third place in the women’s 5000 meters, which was won by teammate Brianna Robles in 16:07.84. Flanagan crossed in 16:11.43. She accounted for 14 of the Grizzlies’ 33 total points. They finished seventh behind champion West Texas A&M.

Butler’s Barry Keane and Charleston Southern’s Fearghal Curtin have qualified for the men’s 10,000 meters at the NCAA Division 1 Nationals by finishing in the top 12 in the East Regional in Bloomington, Ind. Keane, from Waterford, finished fifth with a time of 28:41.52, while Curtin, from Cork, snagged the final spot by finishing 12th in 28:45.92. Athanas Kioko of Campbell won the race in 28:25.69. Both Keane and Curtin are running the outdoor season with junior eligibility.

Also at Fayetteville, Rhasidat Adeleke of Texas advanced to the Nationals with a fifth-place finish in the women’s 200 meters. She got in at 22.60 in a race won by teammate Kynnedy Flannel in 22.40. Adeleke is a sophomore from Dublin.

The Nationals begin Wednesday June 8 in Eugene, Ore. and conclude on Saturday, June 11.

Auburn’s Anna Foster tied for 40th place in the medal portion of the NCAA Division 1 Championships at Grayhawk in Scottsdale, Ariz. The Dublin sophomore shot 76, 71, 76 and 74 to finish nine strokes over par and 15 behind medalist Rose Zhang of Stanford.

Auburn finished fifth on the team table and moved on to match play, where they made it to the semifinal round before getting eliminated. They defeated UCLA, 3-2-0, despite Foster losing her match, 1 up, to Zoe Campos. Foster then pulled off a 1 up victory over Rachel Heck in the semis but that was the end of the road for Auburn, which lost, 3-2-0, to Stanford, the eventual champions.

Wake Forest made a quick exit from the NCAA Division 1 Championships at Grayhawk. They stood 19th after three rounds of stroke play, after which the top 15 teams advanced to match play. Wake Forest’s Mark Power, a junior from Kilkenny, posted rounds of 78, 73 and 81, which placed him in a tie at 130th place in the 156-man field.