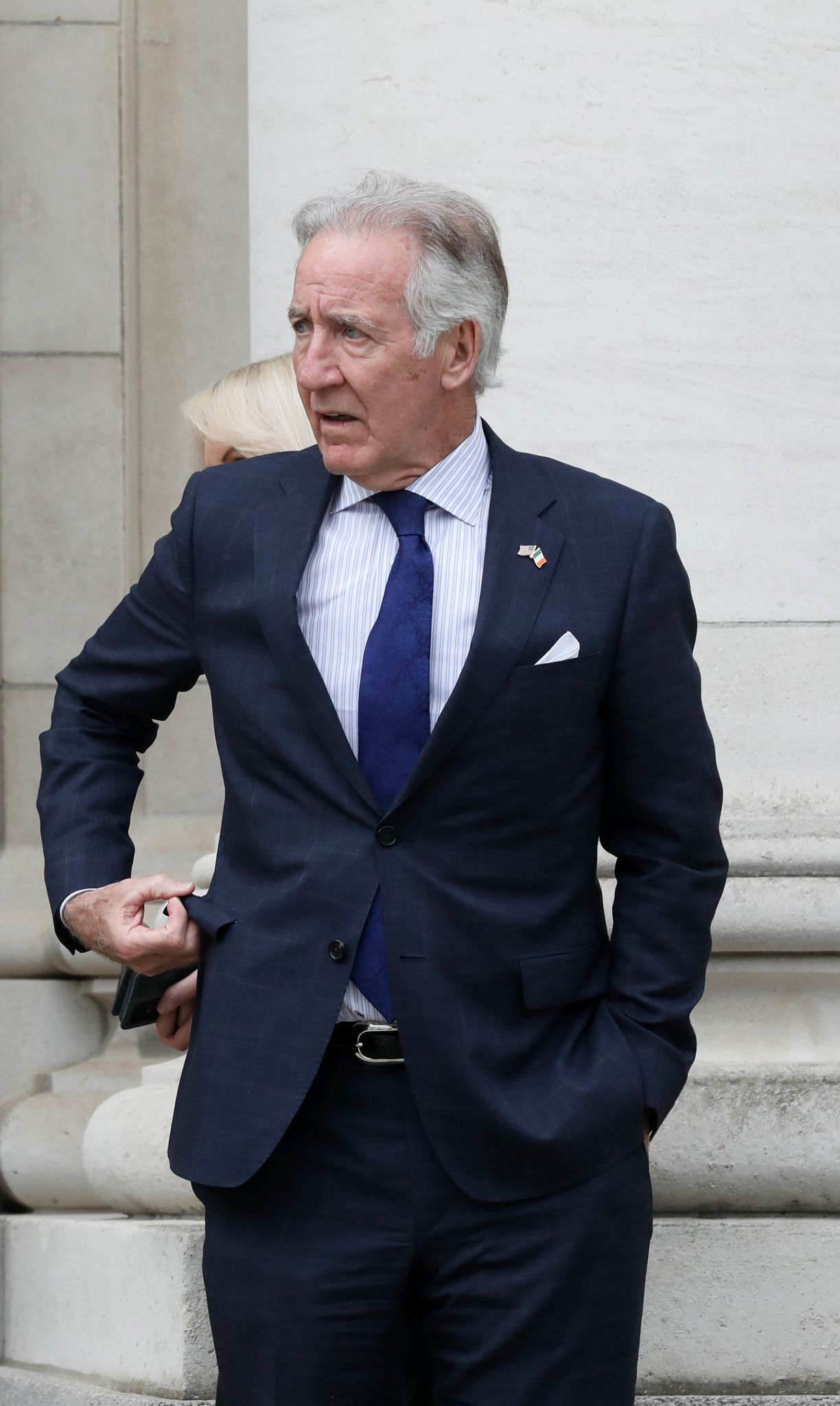 The political forces gathering energy and swirling around the Northern Ireland Protocol would remind you of the meteorological forces that form to create a hurricane.

What starts as a little blob far out in the Atlantic gradually grows and takes the shape of a swirling mass of air. Next thing we all know it is batten down the hatches and prepare for the worst.

The Northern Ireland Protocol was something of a wee blob when it was first agreed to by the British government and the European Union.

It was a means of dealing with issues caused directly by the fully formed hurricane called Brexit. And it has been dealing with those issues rather well, at least in terms of business and economic activity.

But then there was the political: the final ingredient, the secret sauce, that has turned the Protocol into a storm all on its own.

As the Protocol storm gathered power during the month of May, Irish Foreign Minister Simon Coveney, speaking in Brussels, warned that the entire UK-EU Trade and Co-operation Agreement deal – the TCA – could be jeopardized if of the Boris Johnson-led British government too unilateral action on the Protocol.

“If that is the approach taken by the British government then we can make significant progress and we can make progress quickly to respond to the concerns of both the business community and the unionist community in Northern Ireland.

“That alternative is unilateral action which means tension, rancor, stand-offs, legal challenges and of course calls into question the functioning of the TCA itself, because the TCA and the Withdrawal Agreement are interlinked, they rely on each other.

“That is the last thing Europe needs right now, when we are working so well together in the face of Russian aggression and responding to the support needed for Ukraine at this time.”

This was made plain by the recent congressional delegation to Brussels, London, Dublin, Belfast and Derry led by Congressman Richard Neal, chair of the House Ways and Means Committee.

Neal and his fellow delegation members, Democrats and Republicans, delivered the message that the United States stood behind the GFA and that the dangers posed to it by unilateral action by London aimed at the Protocol was not on.

It remains to become fully clear if London, and especially Boris Johnson, will pay any heed to Washington.

There was this at the end of a New York Times report on the co-del visit. "Mr. Johnson recently sent his minister for Northern Ireland, Conor Burns, to Washington to meet with lawmakers and other government officials. Mr. Burns told reporters he believed Britain's message was getting through.

"Privately, some British officials point out that the Republicans may take over the House after midterm elections this fall, which would push challenging figures like Mr. Neal out of their powerful committee chairmanships.

"Asked about that, Mr. Neal said: 'One, we plan to win this election.And two, Joe Biden is president until 2024.'"

These lines give a clue as to what the thinking in London might be. Wait it out and hope for a changes of faces atop committees on Capitol Hill.

Which of course brings us back to the other element in the mix, that being Irish America and its ability to communicate with both parties on Capitol Hill.

But of course there is the possibility that the British might pull back from the brink and that the impending storm over the Protocol might blow itself out.

There was this in a report carried by the Irish News in Belfast: "Business leaders have told a bipartisan US delegation the UK Government and the EU will both have to compromise to sort out difficulties with the Northern Ireland Protocol.

"The US group, led by Congressman Richard Neal, met a number of business organisations in the final engagement in their fact-finding trip to the island of Ireland to discuss issues around the post-Brexit trading arrangements.

"Northern Ireland is without a functioning devolved executive after the DUP refused to support the re-establishment of powersharing at Stormont as part of their protest against the protocol.

"Unionists oppose the arrangements which have created economic barriers on trade between Great Britain and Northern Ireland.

"UK Foreign Secretary Liz Truss recently announced an intention to introduce legislation to override some elements of the protocol, but has stated that her preferred outcome is a negotiated agreement with the EU.

"Business leaders told members of the influential House of Representatives’ Committee on Ways and Means today that the UK and EU should sit down in a room together with representatives from Northern Ireland to resolve the current trading difficulties."

The report noted that Congressman Neal had faced intense unionist criticism for describing the protocol dispute as a “manufactured issue."

It stated: "DUP leader Sir Jeffrey Donaldson heavily criticised Mr. Neal after meeting him at Stormont, describing the delegation’s fact-finding mission as the 'most undiplomatic visit' he had ever seen to Northern Ireland.

Message to Sir Jeffrey. He was meeting with politicians, not diplomats. And the thing about politicians is that they recognize a manufactured issue when they see one. Congressman Neal and his colleagues just saw one. They saw a blob on the map being whipped up into a potential hurricane.