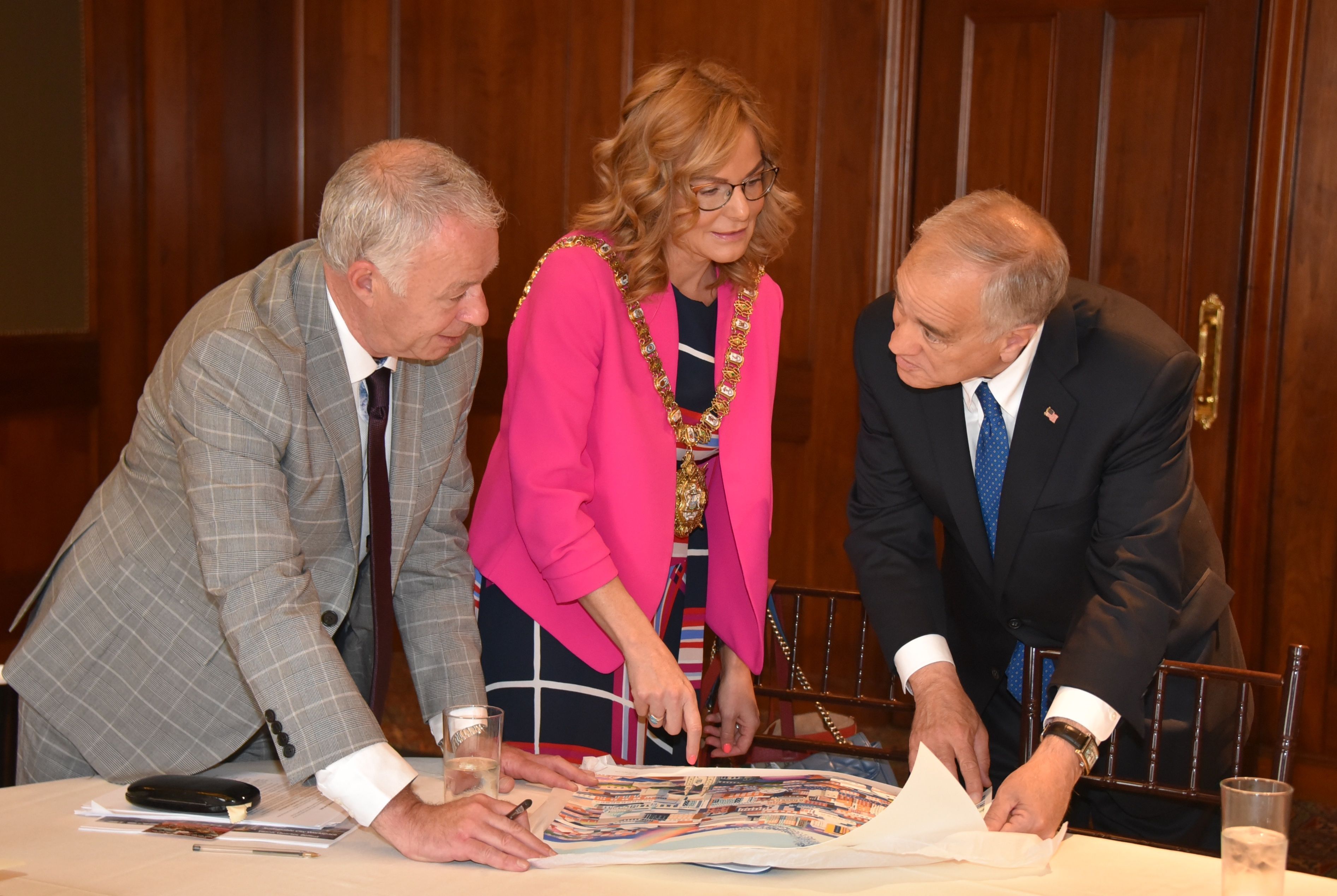 Addressing the annual New York-New Belfast Conference in the New York Athletic Club in the Big Apple on Friday, he said "the bond between New York and Belfast is stronger than ever before."

Thanks to all who joined yesterday’s conference and helped rejuvenate New York’s special relationship with Belfast and Northern Ireland. I look forward to strengthening our partnership in the years to come. #NYNB2022 pic.twitter.com/I0Tyky6TiK

"Ours is an unbreakable partnership with a shared commitment to work together to fortify economies and improve the lives of citizens on both of our shores."

Under Comptroller DiNapoli's stewardship, the New York Retirement Fund had committed $56m in funds to start-ups in Northern Ireland - the Fund is also invested heavily in US and global companies in the North. "We continue to look for additional investment opportunities in Belfast and surrounding communities, as well as seeking out other opportunities thoughout the North, in Derry, as well as other population centers," he said. Inclusive economic recovery — "doing well for pensioners while doing something good"  — was at the core of the NY investment mission, added Comptroller DiNapoli.

"My office issued several reports during the pandemic focused on the effects of COVID-19 on New York City's economic sectors and communities — and one of the through lines of those reports was how the pandemic amplified existing disparities in communities of color.

"We need to look at our current challenges as an opportunity in which we rededicate ourselves to truly addressing those outstanding disparities. Prejudice and oppression is certainly something Northern Ireland has confronted — and in so many ways overcome over the years. Now, more than ever, we must chart a path to an inclusive recovery..by investing in ways that break down barriers rather than building them up."

Citing recent figures which show that Northern Ireland was enjoying the fastest economic growth figures in the UK, the Comptroller told a full house for the annual New York-New Belfast gathering that "there is no doubt that the North's economic success is linked to the Northern Ireland Protocol which allows access to the EU and British markets and protects the region against the challenges of Brexit".

Added Comptroller DiNapoli: "Over the years, we in New York have stuck by you and worked with you, trying to get more investment in Northern Ireland to build the peace and sustain it. And now, in this critical time, we will remain squarely in your corner. All of us who support the peace process and the Northern Ireland Protocol are concerned about recent threats by the British Government to alter the Protocol, which could undermine the Good Friday Agreement and potentially damage the North's economy and deter foreign direct investment. Rest assured, we are in this together, through whatever comes. We will continue to build upon our partnership."

A capacity audience at New York New Belfast heard about the ambition of @belfastcc and @ICBelfast to position the city as a globally significant destination for #innovation and inclusive economic growth. #NYNB2022 pic.twitter.com/kpUw7oxo08