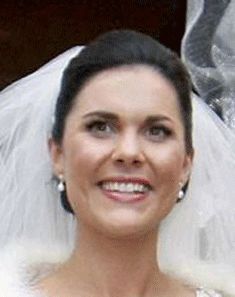 The posting online of a vile video showing members of the Orange Order mocking the murder of Michaela McAreavey has been widely condemned.

Last week, in another video, Pastor Barrie Halliday appeared on social media describing Catholics as "rats that need to be murdered with rifles and grenades."

Both of these actions are evidence of an existing underlying sectarianism within northern society that has its roots in English colonialism and in the deliberate fostering by the British state in Ireland of division between Catholics and Protestants. The Loyal Orders have long played a prominent role in promulgating this.

That sectarianism still exists is not surprising. Unionist political leaders and their British allies often play the Orange Card as they seek to maximize their electoral vote or secure an advantage in a negotiation.

Since partition there are few Catholic families in the North that have not had direct experience of sectarianism, of discrimination in employment or housing, of collusion involving unionist death squads, the B Specials, the UDR, RUC and British Army or of pogroms.

Orange marches with their "kick the Pope bands" and sectarian songs like The Famine Song, their posters of nationalist politicians or of religious statues on bonfires, and their desire to parade triumphantly through or past nationalist areas have long been part of the nationalist experience.

The dignity and grace of Michaela‘s family is an example to us all.

Words like "abhorrent" or "shameful" or "despicable" readily spring to mind when sectarianism rears its head. But if society is serious about challenging sectarianism there is a need to go beyond the rhetoric of condemnation.

The fact is that sectarianism is written into the DNA of the northern state. The celebration/commemoration of the centenary of "Northern Ireland" and the Orange Hall event which was a part of this, are a case in point. It is important to note that those involved are a bigoted minority. But they have to be stood up to.

The reality is that sectarianism will not be wished away. It cannot be ignored. The starting point must be positive leadership from political, cultural, religious and civic society. The law and the enforcement of the law also has a crucial role to play in this. That means a new legal definition of sectarianism entrenched in law, with legal sanctions and robust incitement to hatred provisions.

All cultural celebrations and expressions should be governed by the principles of respect, equality and parity of esteem. And the allocation of all public funding must be disbursed fairly and proportionately, and on the basis of mutual respect and sensitivity for the identities and aspirations of others. Bigotry and sectarianism should not be publicly funded. It should be illegal.

A WEDDING AND A STRIKE

James Connolly is one of my heroes. He was a socialist, a republican, a writer, a thinker, a trade union leader. He fought for the rights of workers and against their exploitation. He joined with Pearse and Clarke and Ceannt and others in the Irish Republican Brotherhood at Easter 1916 in striking for Irish freedom and for the right of the people of Ireland to independence and self-determination. He was vehemently anti-sectarian. Working in Belfast he experienced at first hand the despicable way in which sectarianism was used by unionist and business leaders to divide workers.

Áras Uí Chonghaile - on Belfast’s Falls Road - is a unique tribute to Connolly. It is an exceptional historical and educational interactive experience, containing artifacts from Connolly’s life and from the 1916 period. It is close to 1 Glenalina Terrace, which was Connolly’s home for the last five years of his life.

Last month, the Royal Society of Ulster Architects named Áras Uí Chonghaile as the Building of the Year. The distinctive portrait of James Connolly on the perforated-metal gable wall also won the Integration of Art Award.

The library, which is situated on the first floor, is a welcoming space in which the visitor can sit and read some of the many books available. It contains accounts of Connolly’s life, including those by his daughters Nora Connolly O’Brien and Ina Connolly Heron, as well as works written by the man himself. It also contains books on politics in Ireland and internationally.

In his remarks Frank Connolly (no relation) described James Connolly as an “extraordinary socialist agitator, writer and anti-imperialist revolutionary...He was killed, not just for his role in organizing the Easter Rising, as Commander in the GPO of the Irish Volunteers and members of the Irish Citizen Army, who combined during those weeks to form the Irish Republican Army. It was also because he was a threat to the capitalist class.”

But the conversation wasn’t all serious. Frank recalled a letter sent by James Connolly to his future wife Lillie. In it he wrote: “It is such a long time since we met, but I trust we will meet to part no more. Won’t that be pleasant. By the way, if we get married next week, I shall be unable to go to Dundee as I promised as my fellow-workmen in the job are preparing to strike on the end of this month for a reduction in the hours of labour. As my brother and I are ringleaders in the matter it is necessary we should be on the ground.”

His daughter Ina remarked: “I have always thought it the hallmark of my mother’s character that she should accept the hand of a man who could mention wedding plans and a strike action in the same letter.”

Leabharlann Uí Chonghaile is now open for those who want a quiet place to read, to think, to write. Its museum experience is amazing and I would strongly encourage readers – if you haven’t called in yet – to make it a point of visiting Áras Uí Chonghaile. For information: ÁRAS UÍ CHONGHAILE, 374-376 Falls Road, Belfast, BT12 6DG. Telephone: 02890 991 005. Email: info@arasuichonghaile.com. Follow Online facebook // twitter.

This week I wrote again to Leonard Peltier, the native American rights activist who has been imprisoned for 46 years. Regular readers will know that over the years I have written about his continued wrongful imprisonment. He is America’s longest serving political prisoner.

Leonard was convicted in 1977 of the killing of two FBI agents at the Pine Ridge Indian reservation in South Dakota. He has always protested his innocence. Last year, James H. Reynolds the former U.S. Attorney General, whose office handled the prosecution in the Peltier case, appealed for Leonard’s sentence to be commuted. In recent months three Democratic Senators, Patrick Leahy, Brian Schatz and Mazie Hirono, have urged President Biden to show clemency and free Leonard. President Biden has an opportunity to do the right thing.

In an interview recently with HuffPost Leonard said: “I’m not guilty of this shooting. I’m not guilty. I would like to go home to spend what years I have left with my great-grandkids and my people.”