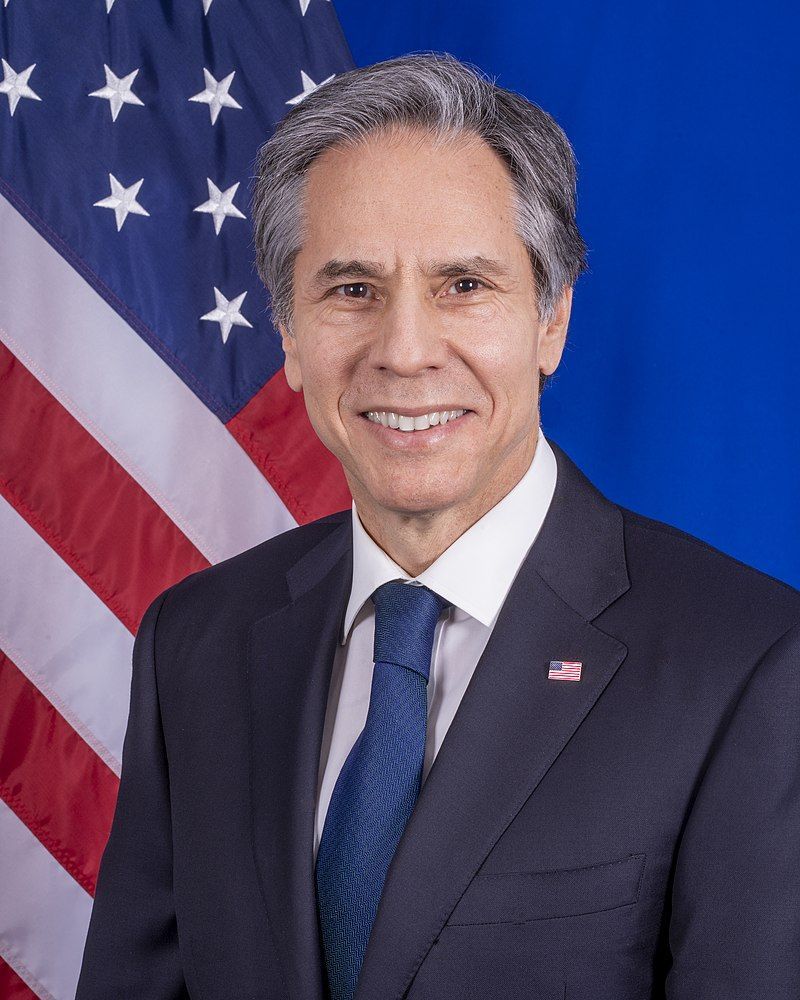 The Ad Hoc Committee To Protect the Good Friday Agreement has sent a letter to U.S. Secretary of State Antony Blinken contending that the proposed “Legacy and Reconciliation” bill put forward by British Prime Minister Boris Johnson violates both the Good Friday Agreement and “is another example of Great Britain willfully violating international law, in this case the European Convention on Human Rights.”

The committee, bipartisan in its membership, said in an accompanying statement that “for all intents and purposes the British government is turning its backs on victims and survivors and cutting off their access to the courts.”

The letter urges the Biden Administration to use all possible diplomatic channels necessary to oppose “this potential violation of the GFA without delay.”

The letter, said the statement, is signed by over 40 prominent Americans who have spent decades working to sustain the Good Friday Agreement including five former Ambassadors and a Northern Ireland Envoy.

Congressman Bruce Morrison, (ret) a co-chair the Ad Hoc Committee stated: “In August of 2021 we sent a letter to Prime Minister Johnson outlining our concerns about the proposed Command Paper on the legacy issues.

“In that letter we stated that the Command Paper was at ‘odds with both the spirit and architecture of the Good Friday Agreement and would abrogate the hard-won compromise regarding legacy issues in the NDNA.’ We went on to note that ‘It is tragic that so many years have been wasted with obfuscation and legal wrangling, but that does not justify abandoning the commitments made by the UK government to see the process through.’ We find it incredibly unfortunate that at this juncture nothing has changed.”

Congressman James Walsh (ret) also a co-chair of the committee, stated: “In the last three years our Committee has held countless meetings with representatives of the British government to express our concerns about the protecting the Good Friday Agreement and to support the victims and survivors in their quest for truth and justice.

“This proposed legacy legislation unfortunately is part of a pattern of delay and obstruction that dates back fifty years to the infamous Lord Widgery report regarding Bloody Sunday which faulted victims and survivors. The fact that all the political parties in Northern Ireland are united in opposition to the legislation is telling. Of greater concern is the callous disregard of the victims and survivors who have spent decades seeking truth and justice. We are now approaching the 25th Anniversary of the Good Friday Agreement and we find it very disturbing that the UK Government is proceeding unilaterally in contrast to the joint actions of the British and Irish governments that have been central to the success of the GFA.”

The letter to Secretary Blinken states: “We are writing to you as members of the Ad Hoc Committee to Protect the Good Friday Agreement (GFA) to express our urgent and unequivocal opposition to the United Kingdom’s so-called “Legacy and Reconciliation” Bill pending before Parliament. In our view, the proposed legislation violates both the Good Friday Agreement and international law, and undermines the Northern Ireland peace process that the U.S. government has played a critical role in fostering for two decades.

“The Ad Hoc Committee was formed in early 2019 by a group of forty Americans who have worked for decades on the Northern Ireland peace process. We are a bi-partisan group that includes five former Ambassadors and two former Special Presidential Envoys. Over the last three and half years the Ad Hoc Committee has actively engaged with British and Irish diplomatic and political leaders as well as with countless political, business and civic leaders in Northern Ireland.

“These meetings follow on from our September 2021 letter to Prime Minister Johnson raising deep concerns about the sweeping amnesty proposed in the July 2021 Command Paper on legacy. On each and every occasion when we have met with our British counterparts, we were assured that a revised legacy proposal would be compliant with both the spirit and core tenets of the GFA and incorporate human rights standards as well as reflect the concerns of victims and survivors.

“The pending Bill does none of these things. Along with independent legal experts in Northern Ireland and Great Britain, we have concluded that the proposed legislation ignores the expressed concerns of the people of Northern Ireland across community and party lines, and violates the GFA and human rights standards under UK and international law that the agreement incorporated. Litigation over these deficiencies is certain to lead to years of further delay in addressing Northern Ireland legacy issues.

“First, we note that the pending Bill, as the Command Paper before it, is opposed by all of Northern Ireland’s political parties, from Sinn Fein to the Democratic Unionist Party.

“So too it has generated opposition from victims’ groups from both nationalist and unionist communities as well as Northern Ireland’s leading human rights NGOs. Such public reaction is hardly surprising given that there was no formal, transparent, or public consultation with the concerned people and groups in Northern Ireland prior to the introduction of the Bill. This lack of engagement stands in sharp contrast to the legacy framework that the UK and Irish governments agreed to in the December 2014 Stormont House Agreement and reaffirmed in the 2020 New Decade, New Approach Agreement. There are well over 1,000 civil cases still in the courts and the recent Ballymurphy inquest, which declared all ten victims innocent, suggests that truth and justice can still be secured,

“Second, the proposed legislation violates the GFA. The GFA committed the UK and Irish governments to peace and reconciliation through adherence to fundamental human rights. In particular, the GFA called on the two governments to incorporate the European Convention on Human Rights, to which they were already parties, into their domestic laws, which they did. Article 2 of the ECHR guarantees “the right to life.” As interpreted by both the European Court of Human Rights and the UK Supreme Court, this right requires that governments effectively investigate cases of alleged state killing. Among the resulting requirements, any investigation must be: 1) initiated by the state; 2) independent; 3) effective and at least capable of leading to prosecution; 4) open to public scrutiny; 5) sufficiently involve next of kin; and 6) carried out with reasonable expedition. There is consensus among independent legal experts that the pending Bill fails on all counts. The Ad Hoc Committee is doubly dismayed given the repeated, personal assurances that British officials gave us that any proposed legislation would be Article 2 compliant.

“Precisely because it so manifestly violates the requirements of the ECHR and GFA, the proposed legislation, if enacted, will guarantee years of protracted litigations, first in UK courts, and then at the European Court of Human Rights. In this light, there can be no more effective way to undermine peace and reconciliation in Northern Ireland with regard to legacy, than to enact this proposal. We understand that the pending Bill is being fast tracked through Parliament. We therefore respectfully call upon you to use all possible diplomatic channels necessary to oppose this potential violation of the GFA without delay.”

The letter is signed by Morrison and Walsh.