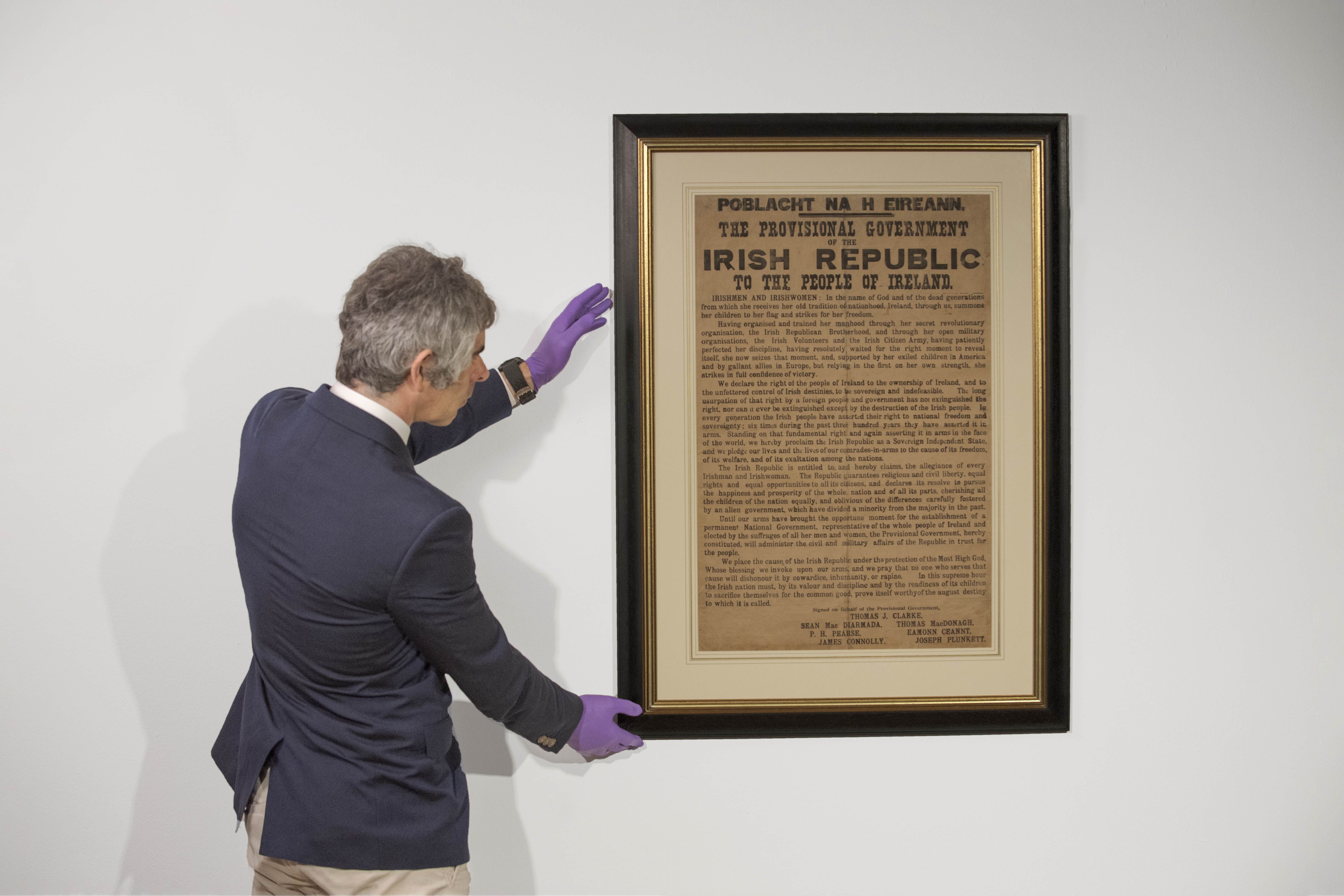 Pic of Day: University College Cork has been gifted a first issue copy of the 1916 Proclamation of the Irish Republic. The copy known to have been brought directly from the General Post Office (GPO) during the 1916 Easter Rising. One thousand copies of The Proclamation were printed at Liberty Hall on Easter Sunday, 1916, and it was read from the steps of the GPO, O’Connell St., Easter Monday morning by Pádraig Pearse. Very few copies survive today.  According to a release from UCC, the donated Proclamation originally belonged to the family of Richard Gogan TD. Gogan was reputedly the youngest member of the GPO garrison during the Rising. He attended to James Connolly after he was wounded. Gogan was later a founder member of Fianna Fáil and a TD for Dublin North West from 1954-1977. He died in 1982. "This copy of the Proclamation was his proudest possession and it is known that he carried it with him personally from the GPO," said the UCC release. Originally from Cork, the donors of the copy, Liam and Kaye Cronin, came into possession of it in 1998 through Éamonn de Búrca, considered one of the world’s leading dealers in Irish antiquarian books and manuscripts.