Home 5 take leap into the unknown 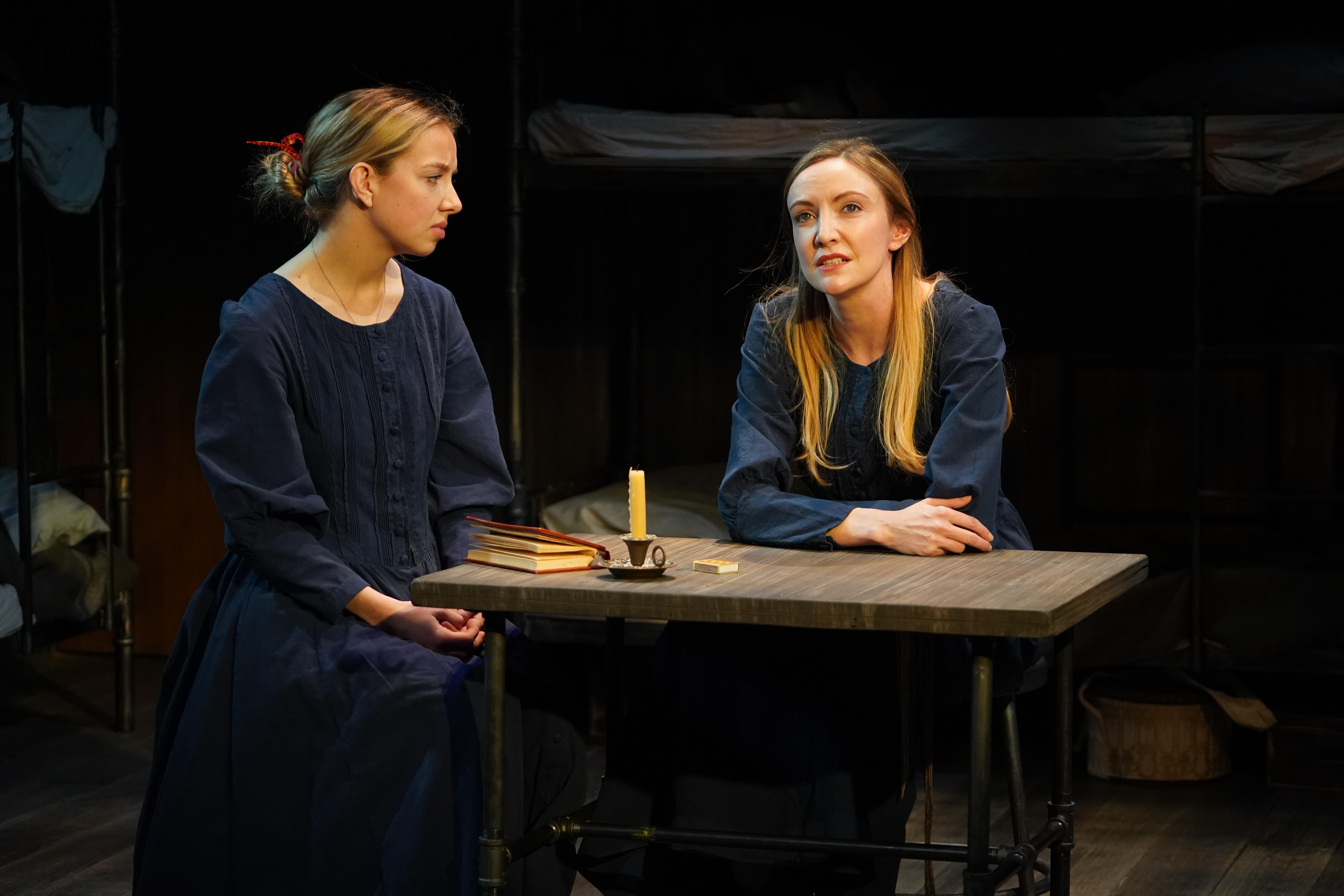 5 take leap into the unknown

It’s 1850 on a ship about to depart from Belfast, one of several during the Famine years that brought approximately 4,000 destitute young women to Australia with a promise – but no guarantee -- of a better life.

Behind the emigration of these young women was the government’s Orphan Emigration Scheme. The hidden (to the women themselves) aim of the effort was to rid Ireland of “undesirable” elements while also filling Australia’s need for low-wage workers and wives.

“Belfast Girls” initially introduces us to four of them in their cramped quarters as they anxiously consider their giant step into the unknown. They are a rough lot, given to coarse mockery of each other and much lusty talk, with some simulated humping, ass-grabbing and F.U.s thrown in for good measure.

Their current circumstances surely should be easy to improve upon. One character’s father sold her to a pimp in exchange for drink. Another also admits to having “lain with men” for money. The backdrop of this misery and desperation is the Famine raging in Ireland at the time. Sarah (a strong Sarah Street), the country girl of the group, tells of regularly finding the bodies of those dead of starvation near her home. Another admits to burying her newborn baby alive.

Amid the cataloging of these woeful backstories arrives the last of the five Belfast girls, Molly (Aida Leventaki), who seems impossibly well-bred compared with the others. She’s a reader, she’s refined, she says such things as “It is my conclusion…” and (speaking of the famine) “A great crime has been committed!” She grows close to Judith (Caroline Strange), the bossy one of the Belfast contingent, but who now under Molly’s gentle sway and improving influence is reading Shelley, along with Marx and Engels (and talking about class struggle).

The play works hard to keep the audience’s attention, but some of that effort leads the playwright into melodrama, not to mention implausibility. There is not one, but two occasions, when a character brandishes a knife in unlikely circumstances. Meanwhile, a plot line or two rings truer in New York 2022 than Belfast 1850.

Though McCarrick shows these women as coarsened by a harsh world, their intelligence and resilience come through. Despite what induced them to undertake this voyage, they have few illusions of the kind of life waiting for them in Australia. Their hope, though, is for the generation that will follow.

“Belfast Girls” tells an important story of a government’s cruel mishandling of the poorest and most vulnerable. But it perhaps works better as a history lesson than a fully formed play.

Beautiful singing by Mary Mallen as Hannah and a creative, evocative ship set by Chika Shimizu are highlights.

“Belfast Girls” written by Jaki McCarrick, and directed by Nicola Murphy, runs Wednesday through Sunday until June 26 at the Irish Repertory Theatre. Tickets from irishrep.org.

Habemus Papam, and he’s a riot!

More engaging and down to earth than the “Belfast Girls’’ ocean crossing are two short plays by Kate Gill, running at Theatre Row (410 West 42nd St.).

Norman Allen, a Broadway veteran, is an instantly charming incarnation of someone in a state of grace, as Pope John XXIII in "His Holiness” (directed by  A.G. Kulcsar). Funny and informal, he’s also intent on liberalizing the church--appalling those around him, from genuine, terrified underlings to cunning, political clerics. Spoiler alert for those who have not heard of the Second Vatican Council: he succeeds.

That quirky topic is followed by a familiar one in our tell-all times: someone providing a live account of their demise. Katherine O’Sullivan gives an assured performance of someone who has no time to die in "The Pilgrim Soul." We meet her in New York with stage 3 cancer, a self-described “fighter,” who has no intention of letting lapse her soup-kitchen duty.

Kerry native Siobhan Dunne’s director’s touch includes leaving the audience sit in darkness for several minutes before O’Sullivan appears. Different pieces of music play, some jaunty—despite the inevitable blackness. The set-up evoked Thomas Hardy’s morbid poem, “During Wind and Rain,” which quickly chronicles a life. It opens, “They sing their dearest songs… ” and ends “.. Down their carved names the rain-drop ploughs.”