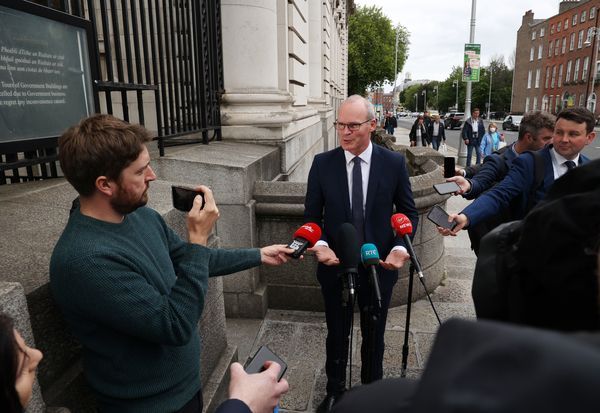 It was a phone call like few others in the realm of Anglo-Irish relations thus far this century.

During a twelve-minute telephone conversation on Monday morning ahead of the House of Commons announcement to scrap parts of the Northern Ireland Protocol, Irish Minister for Foreign Affairs, Simon Coveney, accused Britain’s Foreign Secretary Liz Truss of “deliberately ratcheting up tensions with an EU seeking compromise."

Minister Coveney said the UK government was proposing to set aside international law, reject a partnership approach, as well as ignoring the majority of people in Northern Ireland.

Coveney said the Irish government and EU remain open to dialogue to find agreement but the UK’s approach “adds to instability."

Speaking in Brussels last week at a plenary meeting of the European Parliament, Taoiseach Micheál Martin was critical of the British government’s proposed actions, reiterating that the “harsh realities” of the Brexit vote in 2016 gave no “serious considerations” to the implications of peace and reconciliation in Northern Ireland.

Martin said a deal was negotiated to limit the damage on Northern Ireland caused by Brexit.

“The unique solution was, of course, the Protocol on Ireland and Northern Ireland that is an integral part of the Withdrawal Agreement between the EU and the UK.

“It is perfectly reasonable to look for ways to improve the operation of the Protocol – but unfortunately what we have seen are bad-faith efforts to undermine a treaty freely entered into. Instead of trying to create a constructive atmosphere for all to engage, we have actually seen efforts to block agreements or introduce new problems.

“In contrast, the EU has worked hard to find ways to ensure that where there is a negative impact on businesses and citizens in Northern Ireland it is minimized as much as possible.

“Vice-President of the Commission, Maroš Šefčovič, and his team have done remarkable work in listening to businesses and communities throughout Northern Ireland. They have a deep and practical understanding of the operation of the Protocol.”

Also last week, during a visit to Belfast, British Labour Party leader Sir Keir Starmer said that his party would not support the British government’s plans to override parts of the Protocol.

“We would scrap the legislation and I think there has been an impasse in the negotiations because we haven’t seen the high levels of trust that we need for negotiations like this, not least from our prime minister.”