Home Sports The joke’s on McIlroy in Tulsa 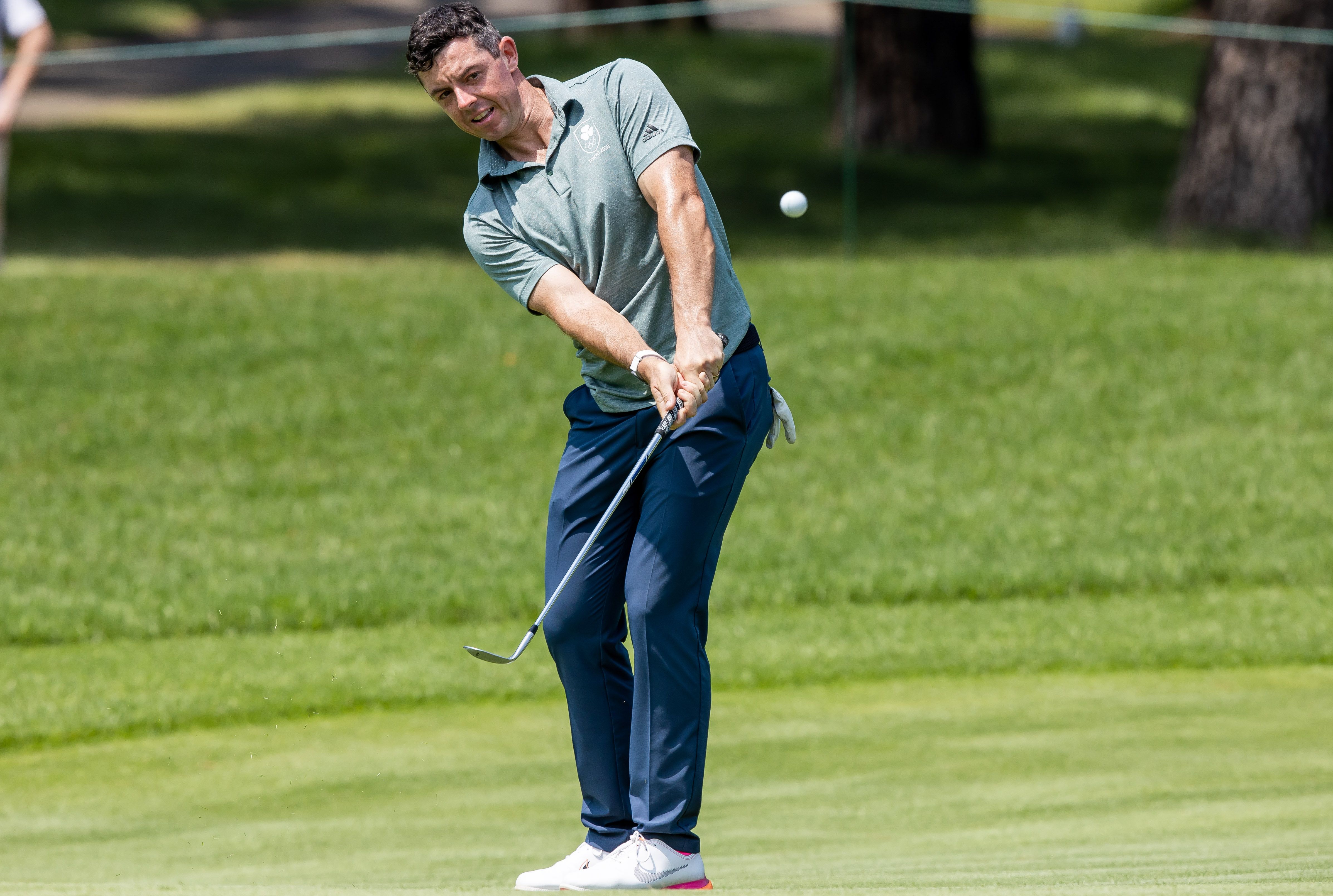 The joke’s on McIlroy in Tulsa

That Rory McIlroy. He’s quite the comedian. He was feeling pretty good about himself after the first round of the PGA Championship at Southern Hills, where he went out with Tiger Woods and Justin Spieth. While they shot 74 and 72, respectively, McIlroy blazed his way to the top of the leaderboard with 65.

So, when McIlroy was asked after the round whether that was the start he was looking for, after what seemed to be months of laggardly beginnings and fast, yet unavailing, finishes, he had his answer.

“No, no, I’d rather shoot 74 and try to make the cut tomorrow,” McIlroy said to much merriment.

Or was he joking? As things turned out, he saved the 74 for Saturday’s third round after firing 71 on Friday.

McIlroy was in no mood for yuks after Sunday’s round, a 68 that left him just three strokes off the low number shared by eventual champion Justin Thomas and playoff rival Will Zalatoris. He bypassed the press tent entirely and went home to stew over another lost opportunity, another episode of wouldas, couldas and shouldas.

Padraig Harrington, joint-fourth with Lowry in this event last year, was gone by Friday evening after rounds of 77 and 75.

Both McIlroy’s iron play and putting were stellar early in Thursday’s round, which began at the 10th tee. Approach shots at 12 and 13 landed within three feet of the pin; he converted birdie putts from 26 and 9 feet at 14 and 15, respectively. Got a couple more birdies after making the turn due to successful putts of 14 and 11 feet. He backslid a bit with bogeys at the sixth and eighth holes, but birdied the ninth by sinking an 18-foot putt to wrest sole possession of the lead.

Friday’s round was less notable for what didn’t happen than what did happen. McIlroy’s scorecard was devoid of color as he mixed two bogeys with a single birdie, a state he would have preferred after Saturday’s rough and tumble.

McIlroy began play on Saturday five strokes off the lead, then held by Zalatoris. He was even through five holes when the roof caved in. Double bogey at the sixth hole, led to bogeys at the next two holes. He got one back just before the turn but the worst was yet to come. He three-putted the par-3 12th hole for triple bogey.

Another rally appeared to be in the cards on Sunday with four consecutive birdies beginning at the second hole. As on Thursday, he was either sticking the ball inside seven feet for easy birdie putts or simply knocking them in from either 15 or 25 feet.

But just as quickly as the magic reappeared, it vanished. No more birdies. Just two bogeys and looking ahead to next month’s U.S. Open at Brookline. And no quips or bon mots to share, either. Any self-deprecation was said with a grimace in private.

McIlroy’s play at the par-3 holes, the sixth and 11th in particular, more than accounted for the difference between his score and that of the playoff pair. McIlroy lost seven strokes at the short holes, mainly from erratic iron play off the tee that often left his ball well off the green, if not in water.

Power played admirably, entering the conversation late on Saturday, when he closed with birdie at four of the final seven holes. That left him six strokes behind Mito Pereira, the leader going into Sunday’s action, one stroke closer than Thomas was at that point.

A double-bogey 6 at the second hole on Sunday, thanks to a penalty stroke when his ball found water, only made Power’s task seem that more insurmountable. He played evenly thereafter, not necessarily a bad state of affairs considering what others were going through.

As for Lowry, his play was of the middling variety. He needed a rally that never materialized.