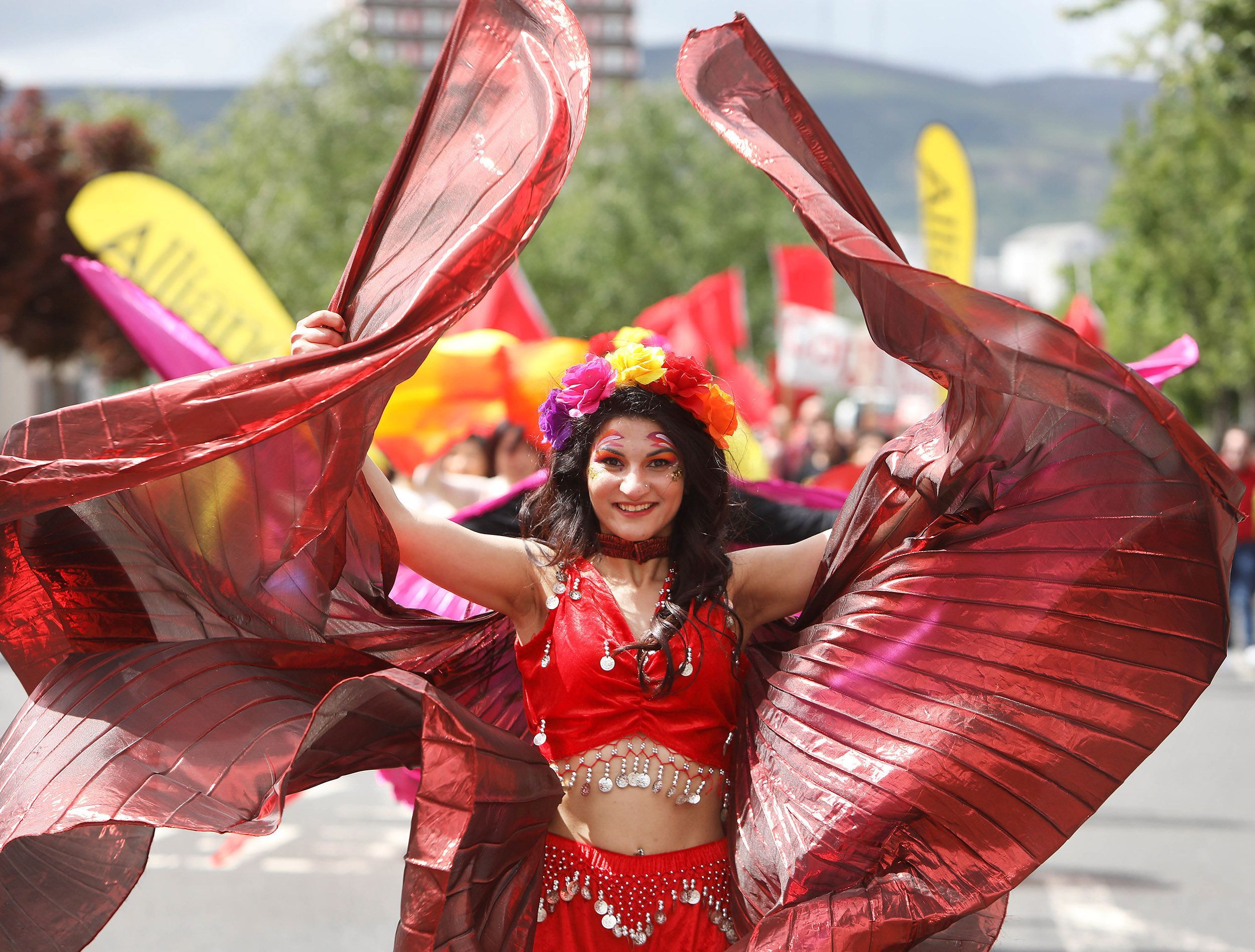 Red was the color for Irish language rights in Belfast march

Sea of Red for Language Rights

Belfast was a sea of red on Saturday as Gaels took to the city center demanding Irish language legislation in Northern Ireland.

Organizers estimate that upwards of 17,000 people took part, hailing it as the biggest demonstration for Irish rights in “a generation."

Buses came from all over the island with protestors dressed in red – the color of the Dream Dearg campaign – as marchers set off from An Chultúrlann on the Falls Road, making their way to Belfast City Hall.

Speaking from the stage outside City Hall, Conchúr Ó Muadaigh from An Dream Dearg said: “We have been absolutely blown away by the incredible support for Irish language rights today both from within the Irish speaking community and the wider support from broad sections of society here. We knew it was going to be big, but this is undoubtedly the biggest Irish language demonstration of a generation.

"An Dream Dearg has built a grassroots movement that has pushed the Irish language from the margins to the very center of political and civic discourse both here and internationally, a movement that has spoken truth to power and ensured our community would no longer be treated as second class citizens, marginalized or excluded.

"Those days are gone for good. Our message is clear and unequivocal. It is time for the British Government, the DUP and others with power and influence to end their decades-long veto and obstruction of Irish language rights.

"The Irish Language Act is long, long overdue. Our community cannot and must not be made to wait any longer for the same language rights enjoyed by citizens across these islands. We demand better. We demand an inclusive and tolerant society, a society where our rights are enshrined in law to protect all those who wish to live their lives through Irish. Now is our time. Acht Anois.”

"After Stormont’s failure to implement legislation last year the British government committed to bring forward legislation through Westminster by October 2021 which they have failed to do."