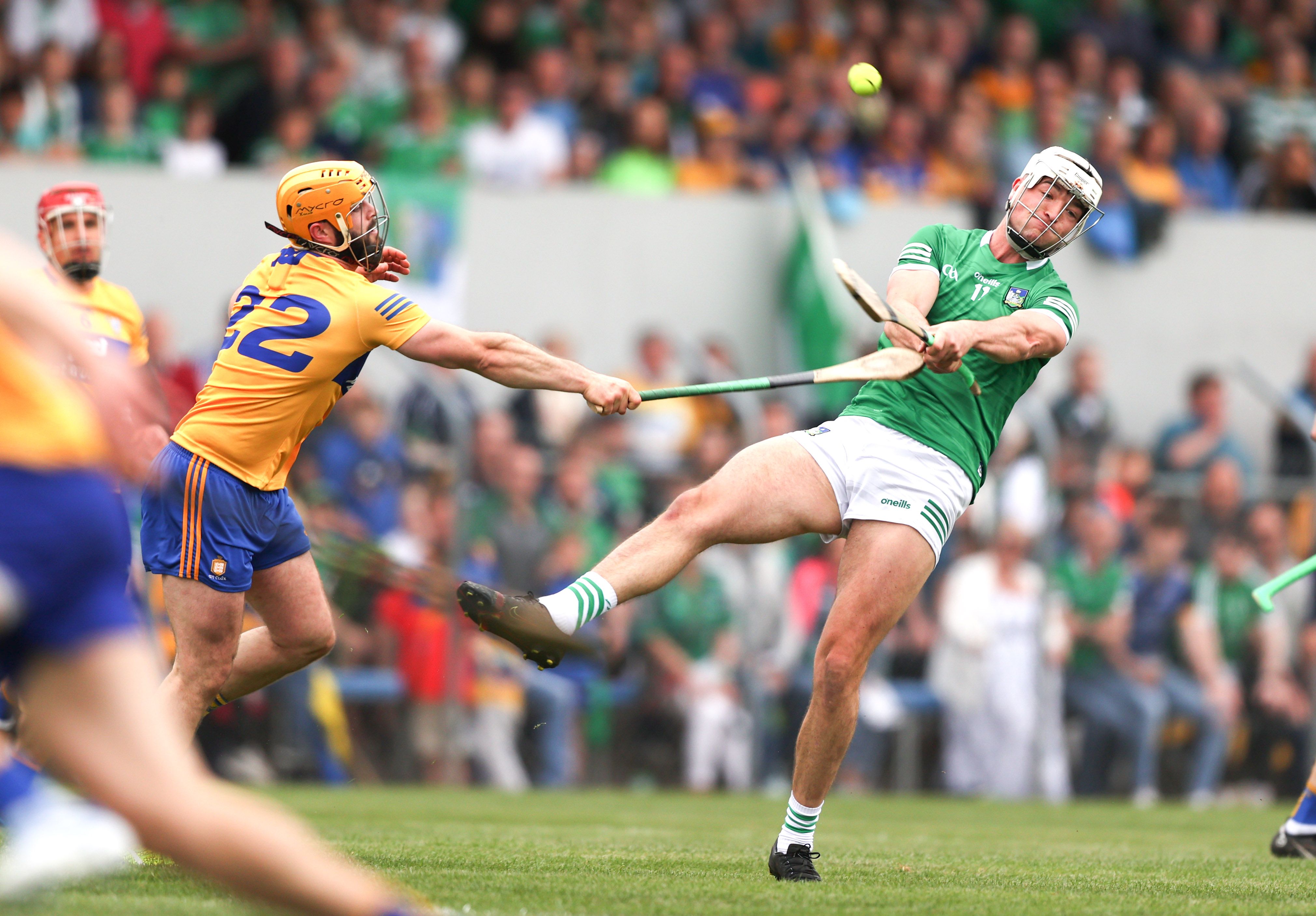 By year’s end, Clare and Limerick could be a trilogy and certainly if we get anything like the fare in Cusack Park, Ennis, on Sunday, there won’t be any hurling folk complaining.

With a game still to go in the provincial round-robin system, Limerick on seven points and Clare on five, are the untouchables and will go forward to contest the Munster Final on June 5.

What an appetiser Sunday’s game was for that provincial showdown, and who knows, they could both still be standing come high summer when the All Ireland final day comes around.

Certainly on the evidence of games played to date, these are now the two pre-eminent counties in the hurling world with Waterford losing their home game to Cork and are now in serious trouble of failing to advance as the third team in the southern province.

In Leinster, Kilkenny roared out a loud warning that reports of their demise are greatly exaggerated as they filleted Dublin in their own Parnell Park backyard by 17 points. They next face Wexford who could only draw with Westmeath at home in Nowlan Park and the result of that should see a Galway vs Kilkenny Leinster final with Wexford or Dublin the third county to advance to the All Ireland series.

After being level no less than 14 times, it was probably inevitable that you couldn’t prise daylight between these two age-old adversaries in front of over 18,000 supporters.

Limerick, who lined out without such stars as Cian Lynch and Aaron Gillane in their ranks, also had Gearoid Hegarty sent off, forcing them to defend their honor with their lives down the home strait. Indeed, it took a long-range free from Diarmaid Byrnes to earn the share of the spoils on a day when he in Limerick colors and Tony Kelly in the Banner’s gave exhibitions of free taking from all angles, the latter finishing with 0-16 to his credit.

Under Brian Lohan the home side have found their mojo in terms of team spirit and commitment to the Clare cause so it was no surprise that they started their day’s work on the front foot, helped by a wind which while not considerable was still worth something to their team.

Kelly’s scores together with David Fitzgerald’s brace had Limerick working hard to stay in touch, but that was helped in large measure when Kyle Hayes flashed home a goal to boost the champions’ hopes. By half-time it was even steven at 0-15 to 1-12.

The second half was not quite as fiery and high quality as the first but it became more intense as neither side would bow the knee. Hegarty’s sending off looked like it might tilt the scales in the Banner’s favour but that was to reckon without the fighting qualities of John Kiely’s squad, who showed a good strength in depth with some of the non-regulars showing up well.

Defiant Rebels back in race

This was the game where the Cork hurling obituary was to be written – instead we got a Rebel resurrection in Walsh Park that not only breathes new life into their qualifying hopes but also means it will be very hard for Waterford to journey forward into the latter stages of the All Ireland series.

Kieran Kingston’s charges came to the land of the Deise like a wounded animal and devoured the home challenge as if they were lambs to the slaughter. Outsiders with the bookies at 5/2, Cork mocked those odds and were the better team for an hour of the 75 minutes played.

It was the Rebels’ first victory at Walsh Park since 1975 in the Munster championship and they set their stall out from the throw in as they showed the crowd they meant business. Even though they had the wind, they could only manage a one-point lead on the scoreboard by the interval, yet just watching the body language, you could tell they were men on a mission.

Initially Waterford led by six points to two with Stephen Bennett's free-taking doing most of the damage in the first quarter hour, though his radar went on the blink in the second half when it was badly needed to keep the scoreboard ticking over.

Cork’s Alan Connolly was to prove the real match winner with opportunistic goals in each half, and he added a point for good measure as he constantly teased the home defence.

Waterford managed a goal of their own on the 27th minute through Michael Kiely after Dessie Hutchinson and Patrick Curran had done the spade work to provide him with the opportunity.

Normally the talisman, Patrick Horgan, who became the championship's all-time leading scorer, was called ashore as  substitute Shane Kingston came on to play an integral part in the Cork victory by preventing a goal at one end and expertly flicking the ball onto Connolly for the decisive goal of the game with 16 minutes left to play.

In the ebb and flow of points, it was Cork who cut a dash above their opponents who weren’t helped when their own star man Austin Gleeson was sent off for two yellow cars.

Cork must now travel to Tipperary to take on a pointless home side  at Semple Stadium while a deflated Waterford know the must win against high-riding Clare at  Cusack Park next Sunday to have a chance of progressing.

Never was the old saying of “goals win matches” more true than we witnessed at the Athletics Ground on Sunday when Rory Gallagher’s crew dealt their opponents a series of first half blows from which they could not recover despite their herculean efforts to claw themselves back into the game.

So the Oak Leaf county have reached their first Ulster final in a dozen years and will put it up to Donegal, for whom Gallagher acted in tandem with Jim McGuinness for a successful All Ireland tilt back in 2012.

Gallagher’s plan has been a two-year development of squad bonding and provincial goals and with victories over All Ireland champions Tyrone and now Monaghan notched up, they are an outfit that will have to be taken seriously from now on.

Two first half goals from Gareth McKinless and the elusive Benny Heron, who would also pop up for a second on the changeover meant there was no way back for a game and gallant Farney outfit who must now hope for better luck through the back door.

There may be something in the air for Derry and should they get over the formidable Donegal challenge to annex the Anglo Celt Cup; it will interesting to see how the likes of their stars  Shane McGuigan, Conor Glass, Brendan Rogers and Benny Heron will take to Croke Park occasions.