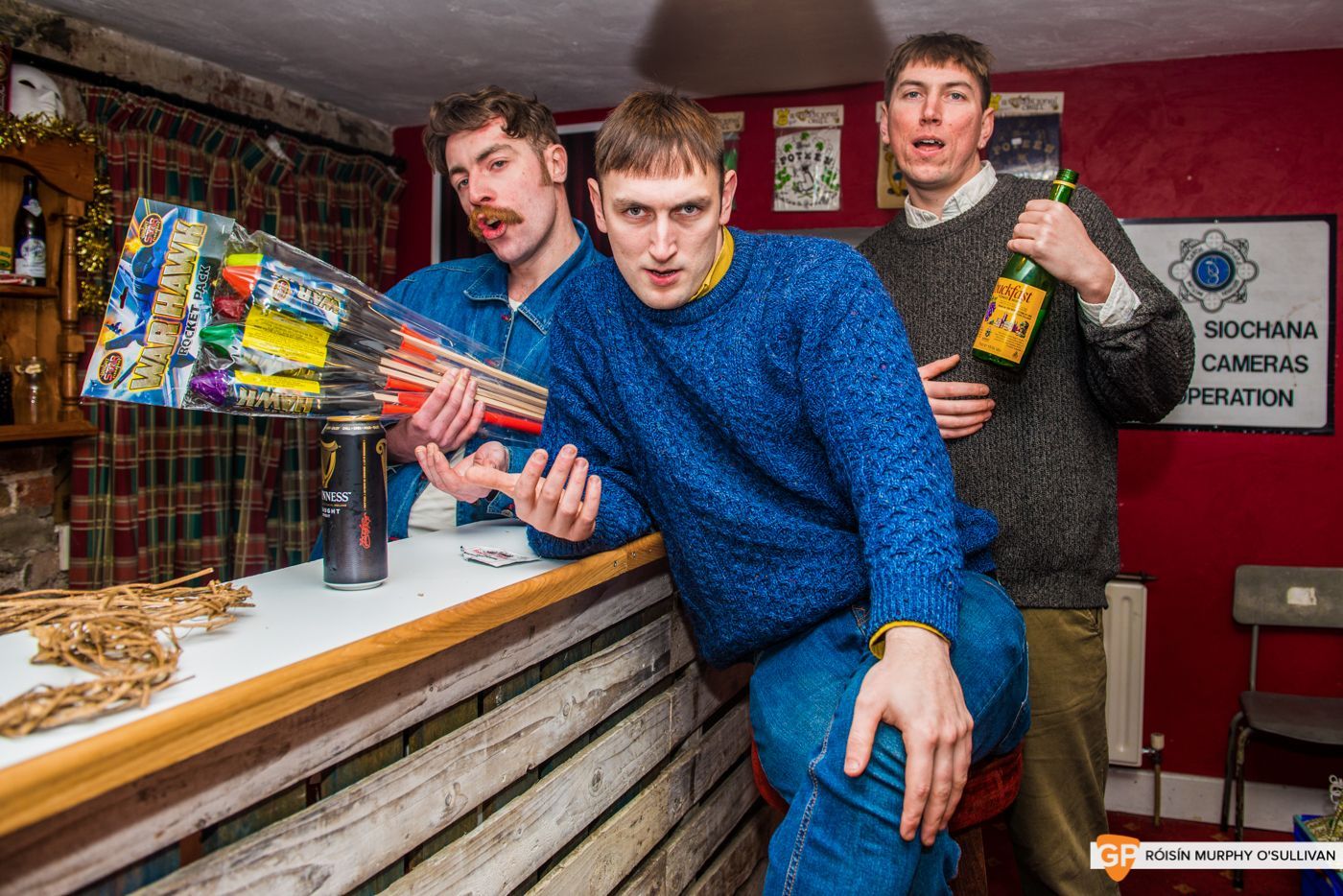 All right! Hands up – who has been to Dundalk in the Wee County Louth?

Not many, I’d suggest. I’ve only been there once and that was for a much needed whiskey cure at Mark’s Bar after a hair-raising encounter with the British Army just across the border.

I have, however, known many people from Dundalk, and an independent, spirited bunch they are.

The question is: could Dundalk be the next Liverpool?

What are you laughing at? Wasn’t Liverpool a disdained backwater with a woeful accent before The Beatles turned the world on its ear?

Talk about accents! I don’t even know how to do justice to the Dundalk “shpake.”

Best take a listen to Jinx Lennon, a musician as original and flinty as John Winston Lennon himself.

I came upon Jinx by accident. I’m always looking for good songs for Celtic Crush, my SiriusXM show, and was advised to listen to Dundalk’s Mary Wallopers.

This quaintly named band is the real deal and in an interview with The Irish Times, no less, they mentioned that Jinx is both an influence and inspiration.

So, I went to the fountainhead and there on Jinx’s iTunes page I found “Proud to be a Nobody from County Louth.”

Just repeat that title a couple of times. Are you catching all the internal rhymes? Willie Yeats, move over – it’s time for the mighty Jinx Lennon!

Now I know Tommy Smyth, broadcaster and County Louth nationalist, would rate Jinx’s song title as oxymoronic, since there’s no such thing as a nobody in the wee county.

But the song itself is touching, defiant, original, and totally unforgettable. Not to mention it has already swamped the few brain cells I have left, and won’t depart until I banish it with a hefty dose of Daniel O’Donnell.

And get a load of the saxophone work on this sparse recording – obviously played by a musician steeped in the backstreet Blues and Soul of downtown Dundalk.

Now, Mr. Lennon’s language on other songs of his oeuvre may leave something to be desired, but don’t let that turn you off.

For when you listen to the bould Jinx, you’re not only hearing an authentic local Irish accent, you’re also clueing into the shrouded psyche of modern Ireland.

This is not your imitation Dublin 4 intonation that has steamrolled the life out of Ireland’s unique linguistics. No it’s an in-your-face culchie sensibility that would blowtorch the paint off the sacred walls of the Shelbourne Hotel.

Not that Jinx would ever be invited into such an establishment. They wouldn’t allow the likes of this fellow into Stephen’s Green for fear the very flowers might droop in horror.

In other words, this border schizo is like a welcome, but bracing, blast of fresh air.

But on to the Mary Wallopers! Not only are they the most interesting ballad group since The Dubliners, the brothers Charles and Andrew Hendy are also the driving force behind the Culchie Rap group, TPM (Tax Payer’s Money).

That’s the genius of these siblings. They allow one to see that the only real difference between Ballads and Rap is sensibility.

Dundalk and The South Bronx may be distant geographically, but the issues of 19th Century ballads and 21st Century rap are much the same: poverty, dispossession, and a desire to speak out about such things in your own accent and delivery.

The brothers Hendy, and their musical associate Seán McKenna, have chosen to live in Dundalk rather than try their luck in far flung London or Manchester.

Why go anywhere else when you’ve got the Internet? After all, that’s how I found them, and now through SiriusXM they’re available all across the U.S. and Canada.

And for a short, if corrosive, blast of Culchie Rap listen to TPM’s paean to “The Boys on the Dole,” but far from the earshot of your up-market granny or know-it-all nephew.

This is the modern Ireland you won’t hear on RTE. It’s hilarious, outrageous, ribald, and in your face, but familiar to those of us raised in country pubs and discos.

And now for the first time it has spokesmen who don’t give a fiddler’s about sounding cool.

Long live Jinx and The Wallopers, and three cheers for Dundalk – the new Liverpool!