Home Hope is Bealtaine theme for 2022 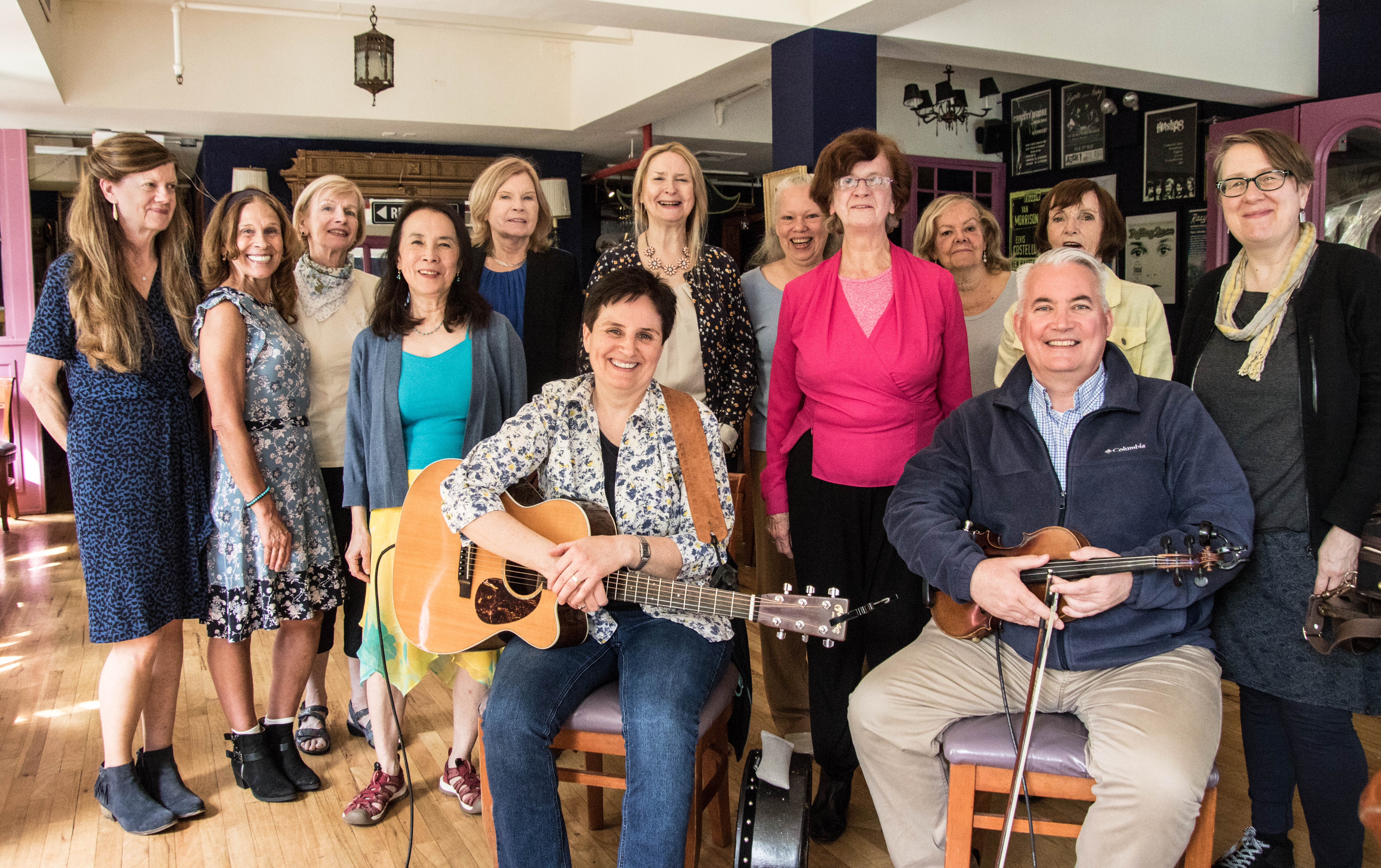 Bealtaine was celebrated with stories, poetry, chat and music. PHOTO BY DAN BROWN

Hope is Bealtaine theme for 2022

May 1 has become a national public holiday in many countries in recent years, but Celtic people have been celebrating this “Holiday of Light” known as Bealtaine, for thousands of years. A large fire was lit on the sacred center of Ireland, the Hill of Uisneach in Westmeath, as were many other smaller fires on other sacred hills in Ireland, These fires created a symbolic “fire eye” over the island as winter darkness was banished before the light of summer. The great Bealtaine fire was revived in 2009 and celebrated with poetry, song and dance, trade and the chance to renew and begin friendships as the ancient tribes did. Rumor has it that the first great Bealtaine fire on this hill, lit by a Druid priest, burned for seven years. Fittingly, in 2017 the first president of Ireland to light the great fire, the incumbent Michael D. Higgins, is himself a poet and patron of Irish arts and culture.

The women’s group known as Nollaig Na mBan NY, founded by Maura Mulligan after a gathering of friends one Jan. 6 – the day known as Women’s Christmas or Nollaig na mBan – has been gathering to celebrate the four Celtic fire festivals – Imbolg, Bealtaine, Lughnasa and Samhain, for many years now. Originally meeting in a performance space where guests and friends shared their cultural talent with an audience for a modest donation to a chosen charity, the group persisted throughout Covid-19 lockdowns and lingering restrictions with well-attended Zoom meetings, only recently enjoying the renewed ability to meet in person. Currently, Irish establishments where music is a regular feature are chosen, particularly important in the current climate of limiting funding for live musicians who cheerfully grace often tiny performance spaces in order to reinvigorate the custom of traditional seisiuns with their spontaneity, inclusion of any passing musicians and participation by the patrons. Today we met upstairs at Le Cheile, meaning “together,” on West 181st Street. The staff were warm and accommodating, the fare delicious and the patrons lively and enthusiastic.

Maura Mulligan welcomed the group and guests – including singer/songwriter Mary Courtney and fiddler Patrick Madden, who played and sang for our celebration (and also delight Le Cheile patrons with regular 1st and 3rd Sunday gigs from 4-7 p.m.). Maura related certain Bealtaine traditions. Home fires were extinguished and relit from the sacred fires in preparation for the light of summer. Daily sweeping was discouraged lest “lucky” ashes from the sacred fires found their way to your hearth. Cattle were ushered around the fires on their way to summer pastures in hope that the smoke would protect them – as well as having a delousing benefit! Washing your face in the morning dew ensured a youthful appearance – important since matchmaking was paramount on this day. Courting lasted six weeks, making June the most popular month for marriages back then – as it is now!

Our performance theme for 2022 was “Hope,” and donations intended to aid the Ukraine crisis. The yellow sunflower we associate with Ukraine resembles the yellow blooms of May flowers that decorate homes and byres. Mary McIntyre and I had researched and selected two places to donate to although there are many. In this crisis Veselka, a popular Ukrainian restaurant in lower Manhattan, increasingly became a place to gather and share news. Proceeds from sales of their famous borscht are now sent directly to aid Ukraine through a partnership with Razom for Ukraine (razomforukraine.com). “razom” means “togetherness” in Ukrainian, which seemed appropriate given our Le Cheile location. Some of the group endorsed the idea of eating at Veselka to support their mission, and I believe you can order the borscht “to go”! Another option is the long-running Ukrainian Womens League of America (unwla.org). This womens group provides humanitarian assistance to Ukrainians worldwide – particularly relevant given the number of Ukrainians forced to flee to other countries. Hospital and medical support as well as a regular newsletter add to the appeal. At the very least, in the words of the Veselka website (veselka.com):

On the theme of hope, Mary McIntyre read “Moonlight, summer Moonlight” by Emily Bronte. I am not the only participant to be unaware that Emily Bronte had penned verse and we were duly delighted.

“The solemn hour of midnight

These are words that soothe and calm. Next were some beautiful stanzas emphasizing hope from the poem “Doubletake” by Seamus Heaney, read by Allyce Fucigna.

“Believe that a further shore is reachable from here.

And cures and healing wells”

Allyce followed with a short, delightful anonymous poem that her father loved to quote when he sensed someone in the family needed encouragement. Poet Bernadette Cullen read two uplifting verses from her own pen, “Clouds, just Clouds,” and “A tear in a Cloud passing by.”

Mary Courtney’s vivid, rich voice exhorted us to “Sow the seeds of Justice” “for your daughters and your sons” as we paused for the arrival of lunch and, in the spirit of Bealtaine catching up with friends, humbly exchanged news and plans, feeling, as more than one of us present had expressed, somewhat guilty about our ability to make future itineraries so many are constrained by wars and conflict worldwide

The next fire festival celebrated by Nollaig Na mBan NY, will be Lughnasa on Aug. 1. A popular cultural event associated with this Celtic “harvest festival” is dance, and indeed the popular “Bonfire dance” celebrates the sacred fires. Briefly gathering in the main bar to hear a few pieces from Mary and Patrick’s regular Le Cheile performance, Maura Mulligan’s dancing feet obeyed a request from the musicians –fervently encouraged by her present and past pupils and audience, delighting all with some impromptu ceilidh steps. Experiencing the skill and love for the arts that we witnessed today it was hard not to leave with a spring in our own step and a faith in attaining our own modest horizons.