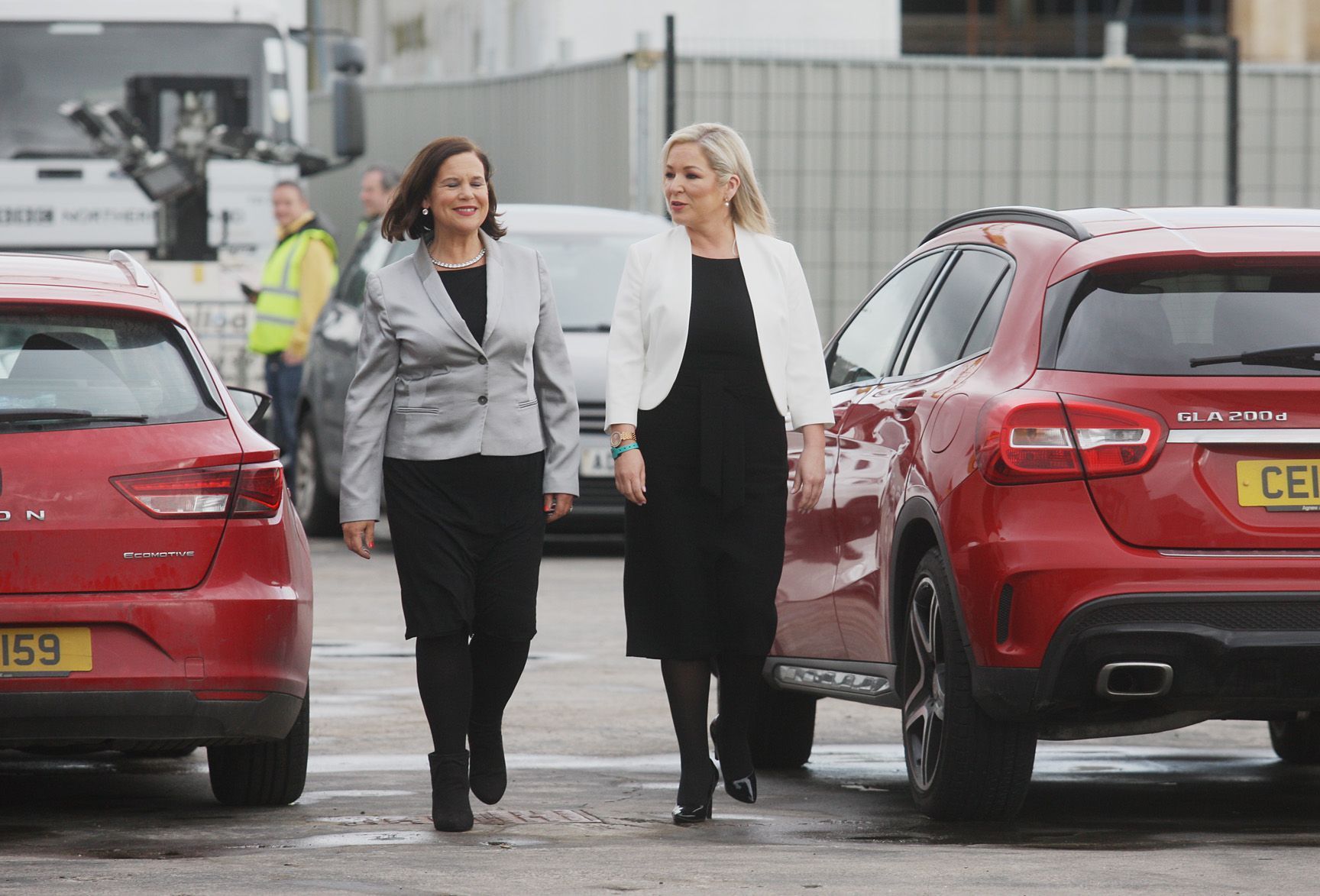 History Made But Old Issues Linger

Politicians are back at Stormont Monday after Thursday’s historic election which saw Sinn Féin win the most seats in the Northern Ireland Assembly and so entitling the party to the First Minister role.

The election victory sees a nationalist party as the largest party at Stormont for the first time. However, for Michelle O’Neill to become the first nationalist First Minister the DUP will have to nominate an MLA to be Deputy First Minister and the party is showing no indication that it will do so any time soon.

DUP leader Jeffrey Donaldson says the thorny issue of the Irish Sea Protocol has to be dealt with first by the British government and the European Union.

However, with the prospect of Michelle O’Neill as First Minister there’s also a reluctance of many DUP MLAs to go back into a power-sharing executive where Sinn Féin will get the first shout at the main ministries.

Among all political commentators it was believed that both the DUP and Sinn Féin would lose some seats on May 5.

However, when the counting was done and dusted Sinn Féin retained the 27 seats that they won in 2017, while the DUP polled better than expected, coming back with 25 seats (down three).

The Alliance Party were the next big winners, more than doubling their seats from eight to 17; however, the election was a disaster for the UUP and SDLP, down one and four respectively bringing the UUP to nine Assembly seats and the SDLP eight. The remaining four seats are made up of one TUV, two independent unionists, and one People Before Profit.

Sinn Féin took 29 percent of the vote – their highest in an Assembly election, while the DUP were down to 21 percent. There are 37 unionists MLAs to 35 nationalists. However, People Before Profit, say that they will campaign for a united Ireland in any border poll. The 17 Alliance MLAs make up the rest.

The decision to call a border poll rests with the Northern Ireland Secretary of State. Rreacting to the election results Brandon Lewis said unionists still have more seats than nationalists in the Assembly.

“So I think the focus at the moment quite rightly is on getting Stormont back up and running,” he said.

Taoiseach Micheál Martin said a new power-sharing executive “is vital for progress and prosperity for all in Northern Ireland."

Michelle O’Neill hailed the election result as a moment of “real change."

“My commitment is to work through partnership, not division. We will work with those who serve all other political perspectives, we will show respect and we expect to be shown respect.”

If an Executive can’t be formed then a new election will have to be called in six months’ time.