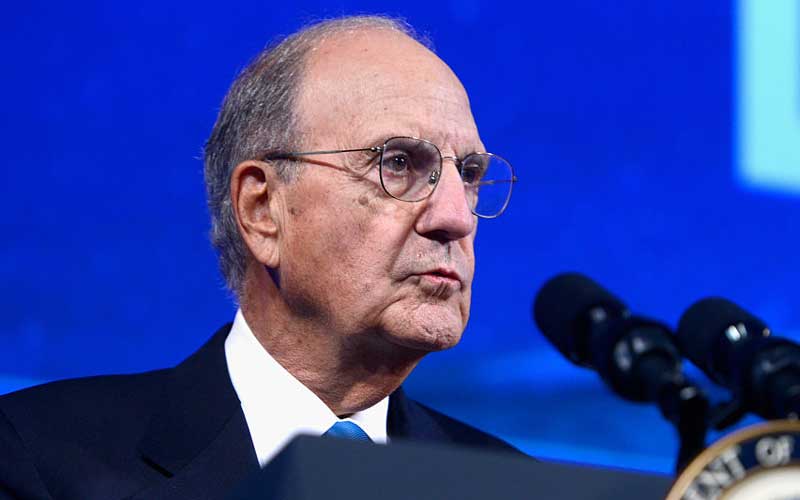 EDITORIAL Time For That Envoy

Politics in Northern Ireland could be turned on its head this week. And that's just the politics. Add in the Good Friday Agreement, Brexit and the Irish Sea Protocol and we have a political brew that could bubble over at any time.

Time now perhaps for a steadying American hand in the persona of a peace envoy.

The Biden administration has not appointed an envoy, to the surprise of not a few. Not long after Biden's arrival in the White House former congressman Bruce Morrison indicated a willingness to take up the envoy post. We couldn't think of anyone better for the job.

And we're not alone in believing that the job has to be filled.

A short while back there was an opinion piece in the respected political newspaper, The Hill. It was penned jointly by Ambassador (ret.) Susan Elliott, president and CEO of the National Committee on American Foreign Policy and former U.S. Consul General to Northern Ireland (2007-2009); Bonnie Weir, Ph.D., a senior lecturer and founding co-director of the Program on Peace and  Development at Yale University, and Ted Smyth, president of the board of advisers for Glucksman Ireland House at New York University.

The three wrote in part: "At a time when the foundations of democracy in Europe are under attack, we have learned the incredible value — and power — of unity. This has important implications for Northern Ireland. It demonstrates that the differences that have undermined efforts to bring the United Kingdom and European Union to workable modus operandi on cross-Irish trade are relatively trivial and must be laid aside. But the larger point is, we cannot have Northern Ireland slip back into violence and communal conflict when we have much more important things to worry about.

"In the past, when the peace process in Northern Ireland stalled, the United States played an important role in finding a way forward. In the 1990s, President Clinton appointed former Sen. George Mitchell as the first U.S. Special Envoy to Northern Ireland. Mitchell eventually helped facilitate the seminal peace agreement that ended more than three decades of conflict. The envoy position continued during President George W Bush’s administration, when then-Under Secretary of State Paula Dobriansky assumed the envoy role. Under her watch, the Northern Ireland Assembly began functioning, there were crucial developments in security sector reform, and she worked closely with the U.S. Consul General in Belfast and U.S. ambassadors in London and Dublin.

"There is no substitute for an envoy who represents the president of the United States. The work of all of the U.S. envoys to Northern Ireland has reassured the people living in Ireland that the U.S. government and the American people want peace, stability and economic prosperity for all communities there.

"Since the United Kingdom left the European Union, President Biden and Congress have been active in maintaining and protecting the Belfast/Good Friday Agreement. The peace process in Northern Ireland is one of the greatest diplomatic achievements of the 20th century and could not  have been accomplished without the close cooperation of the British, Irish and U.S. governments.

"The Biden administration and Congress have been clear in their commitment against entering into a U.S.-UK trade agreement that undermines the Good Friday Agreement. This type of signaling, however, is not enough. To stabilize the hard-earned peace in Northern Ireland, the U.S. should appoint another envoy to Northern Ireland. There are several reasons for this: First, an envoy could help repair cooperative institutions meant to maintain the roles of Britain and Ireland as co-guarantors of the Belfast/Good Friday Agreement. These institutions have eroded under the tensions that were exposed and exacerbated by Brexit.

Appointing an envoy would, similarly, represent the strength of the United States' interest in having first-hand information about what is happening on the ground in Northern Ireland, rather than hearing differing perspectives from British and Irish politicians.

"Let’s take advantage of this opportunity to focus on unity. With all the other foreign policy challenges — most urgently, the war in Ukraine — and given the fraying of the institutions of the peace in Northern Ireland, the U.S. needs a presidential envoy to be solely focused on how it can help buttress that peace."

The trio opined that President Biden should announce, after the Northern Ireland Assembly elections, that he will appoint an envoy "to help reconstitute the devolved government in Northern Ireland and re-engage the U.S. in a peace in which it has played such an important historic role."

The elections are this week. An announcement? Well, we await word.