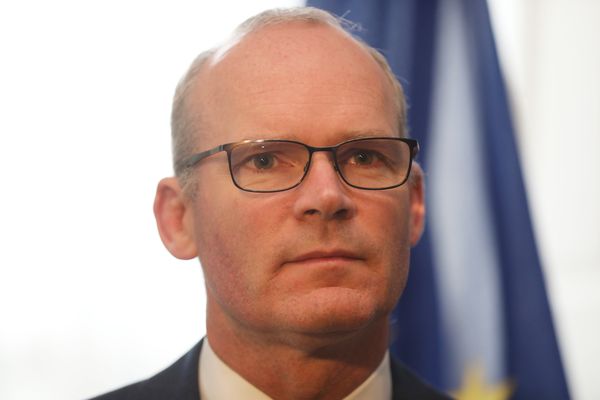 The issues swirling around the North right now, its political, social and economic life, seems both new and familiar. There's Brexit and the Protocol, a new power reality at Stormont yet to actual power sharing. And then there's the matter of legacy issues and proposed amnesties.

And this is a matter that is all too familiar.

It's worth having a look at what the Irish government thinks on the matter and as outlined last week by Minister for Foreign Affairs Simon Coveney in a speech to Seanad Eireann.

Said Coveney in part: "On the issue of legacy, peace in Northern Ireland has been hard won. The Good Friday Agreement and the subsequent implementing agreements require difficult compromises from all sides. These were made on the understanding that all sides would adhere to the agreements reached.

"In 2014 the political parties, the British Government, and the Irish Government together signed the Stormont House Agreement, which put in place a framework to address the painful legacy of the past. The UUP was the only party in Northern Ireland which did not sign up to that agreement and it gave an explanation as to why.

"At Westminster, yesterday, the UK Government stated that it will prioritize the introduction of legislation that departs significantly from what we agreed together.

"First and foremost, it is important to give a clear and strong message to victims and families, many of whom I know are worried by yesterday's announcements on legacy. I heard that view expressed again today in Belfast. We will continue to work to ensure that the legitimate needs of victims and survivors are at the heart of any legacy process.

"We have not seen a formal or detailed proposal from the British Government at this stage and so cannot give a comprehensive response at this juncture. Once that has been shared with us, I am sure we will have a detailed and broad range of questions.

"Beyond those questions, however, there is a broader question of process. As we have consistently said, it is essential that both Governments and the political parties have real and considered discussion on any way forward on this deeply sensitive issue that still impacts many families deeply in Northern Ireland. Victims and families must, crucially, be brought into the consideration of any way forward. Unilateral action is not the way forward and will make matters worse, not better."

Unfortunately, unilateral action is something of a speciality of the current British government and regardless of the wishes of Minister Coveney and the Irish government, the families of the victims and their representative organizations, London seems intent on pushing ahead with legislation that will do little to address the issues, the hurt and the pain, that have lingered for far too many years.

If it was an isolated incident, well, perhaps we could take a little comfort. But it wasn't.

It wasn't even an isolated incident in a single weekend. There were multiple mass shootings last weekend. And there were all those single victim shootings and just plain shootings where people were lucky enough to survive.

No, the Buffalo mass shooting was not isolated. And its victims were not just unlucky to get in the way of the shooter's bullets. They were targeted because of their race.

Other mass shootings occur without race or religion necessarily being a factor. They are just shootings carried out by murderous individuals intent on terror and mayhem.

And of course there are the guns. In Buffalo there was the Bushmaster military grade rifle in the hands of a bloodthirsty teenager who had scrawled his hatred all over the internet.

Is he an isolated maniac? Sadly, no.

It's worth here remembering the lines from the U2 song Bloody Sunday: "How long must we sing this song, how long, how long?"

Well, how long must editorials like this one be written?