Home Sports Early does it for Ryan, Brennan 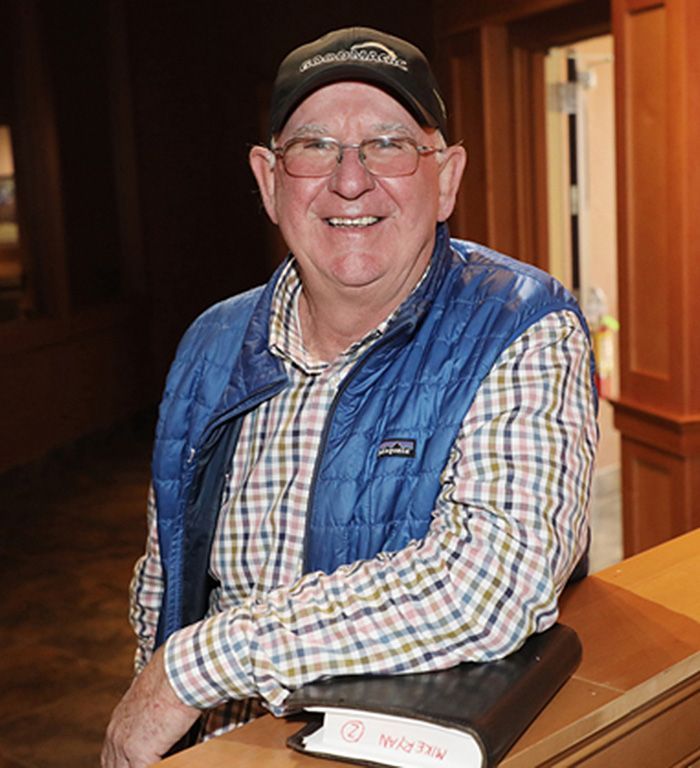 Early does it for Ryan, Brennan

A few of the names have changed but Saturday’s Preakness Stakes at Pimlico bore a strong similarity to the 2017 edition. Cloud Computing won five years ago. He was owned by Seth Klarman and trained by Chad Brown, just as Early Voting, this year’s winner, is. Another similarity involves the fingerprints of bloodstock agent Mike Ryan and farm manager Niall Brennan.

Ryan, who was raised in County Meath, picked out both Cloud Computing and Early Voting at yearling sales. He spent $200,000 of Klarman’s money on Early Voting. After that, Brennan comes into the picture.

The yearlings are vanned to Brennan’s farm in Ocala, Fla., where he breaks them and puts them through their initial training. He’s no stranger to success. Previous winners of Triple Crown races that have profited from his touch include Nyquist, Orb and Palace Malice, along with the aforementioned pair. Brennan, who was raised in Newbridge, Co. Kildare and is the son of retired jockey Liam Brennan, played a similar role in the development of Gun Runner, the sire of Early Voting.

John Haran was due for a bit of a breakout and he appears to have gotten that last week with three victories. He sent out Golden Command, a 6-year-old mare that he claimed out of a nickel race last November to an easy score against $10,000 stock in the second race at Horseshoe Indianapolis last Wednesday. Apprentice jockey Chel-C Bailey put the mare on the lead out of the gate and, after dispatching a pace rival, strode away by almost five lengths at the wire. She paid $7.60 to win.

On Thursday, he got a hard-fought win out of Good Sugar, a 6-year-old gelding that prevailed in the first race, a second-level allowance sprint for statebreds, at Indy by one-half length. Tom Pompell had the seat on the $11.40 winner.

The scene shifted to suburban Chicago on Friday, when Haran won the fifth race, a maiden special weight turf sprint, at Hawthorne with Skyline, a 3-year-old gelding. This was the first start for Skyline under Haran, who claimed the son of Street Sense for $20,000 out of his last race four weeks earlier at Oaklawn Park. The $24,000 winner’s share of the purse marks Skyline paid in full. He also paid $12.60 at the windows. Orlando Mojica rode.

John Ennis scored twice last week. His Markitoff held on to win the ninth race, a starter allowance mile on the lawn, at Indy by a head on Monday. The 8-year-old gelding is no longer knocking heads in graded stakes company but he showed his class here under prompting from Edgar Morales. He paid $5.00 to win.

Ennis probably breathed easier as Santiago Gonzalez brought Southern Mama in for a seven-length triumph in Belterra’s seventh race, a second-level allowance sprint on the main track, on Friday. The 5-year-old mare returned $5.40 to win.

Belterra was also good to Jim Corrigan, who saddled two winners in Cincinnati last week. Moonshine Dreamer, a 4-year-old filly that he trains for Two Hearts Farm, was an easy eight-length winner of Thursday’s fourth race, a claiming route at the $12,500 tier for nonwinners of two races. Javier Padron-Barcenas guided the $11.60 winner.

Corrigan’s second win came in Belterra’s sixth race, a maiden claiming sprint on the main track, on Saturday. Sea Lane, a 3-year-old Two Hearts homebred gelding, tipped his hand in his last outing and improved on that second-place finish to score here by two lengths under Abel Lezcano. The win price was $3.20.