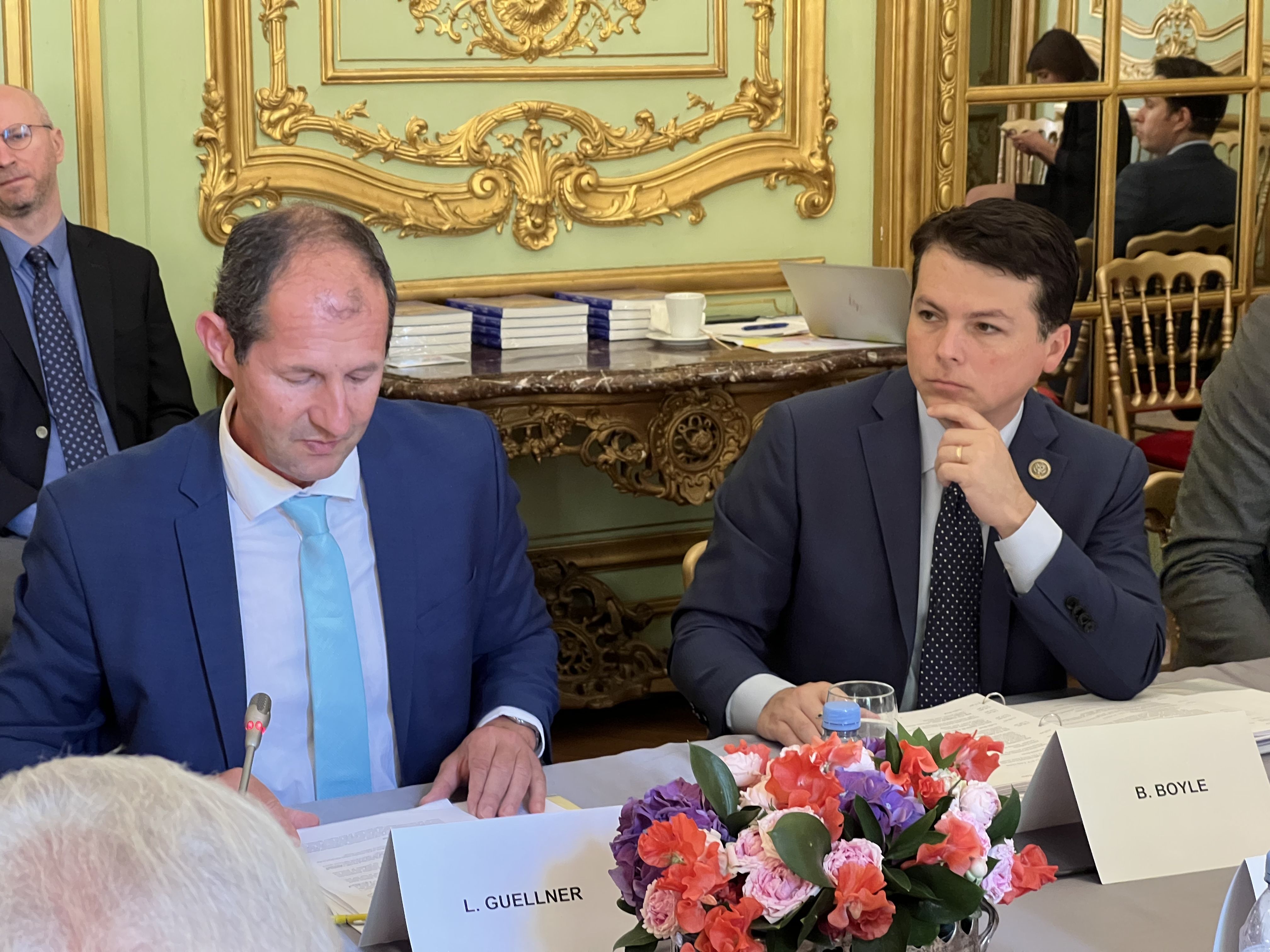 At what was the 84th Inter-Parliamentary Meeting of Delegations from the U.S. House of Representatives and the European Parliament, the delegations adopted the following as part of its official joint statement: “We call upon the government of the United Kingdom to implement fully the Northern Ireland Protocol, which avoids a hard border on the island of Ireland, preserves the integrity of the EU Internal Market, and protects the Good Friday Agreement in all its parts.

"We agree that renegotiating the Protocol is not an option. Only joint solutions will work.”

Congressman Boyle stated:  “I am very pleased my colleagues on both sides of the Atlantic joined me in sending such a strong message on this important issue.”

Boyle, a Philadelphia Democrat, is one of the leading advocates for Irish American issues on Capitol Hill and is the only member of Congress with an Irish parent, his father being from Donegal.