Home Opinion ADAMS: It Was Truly a Transformative Election 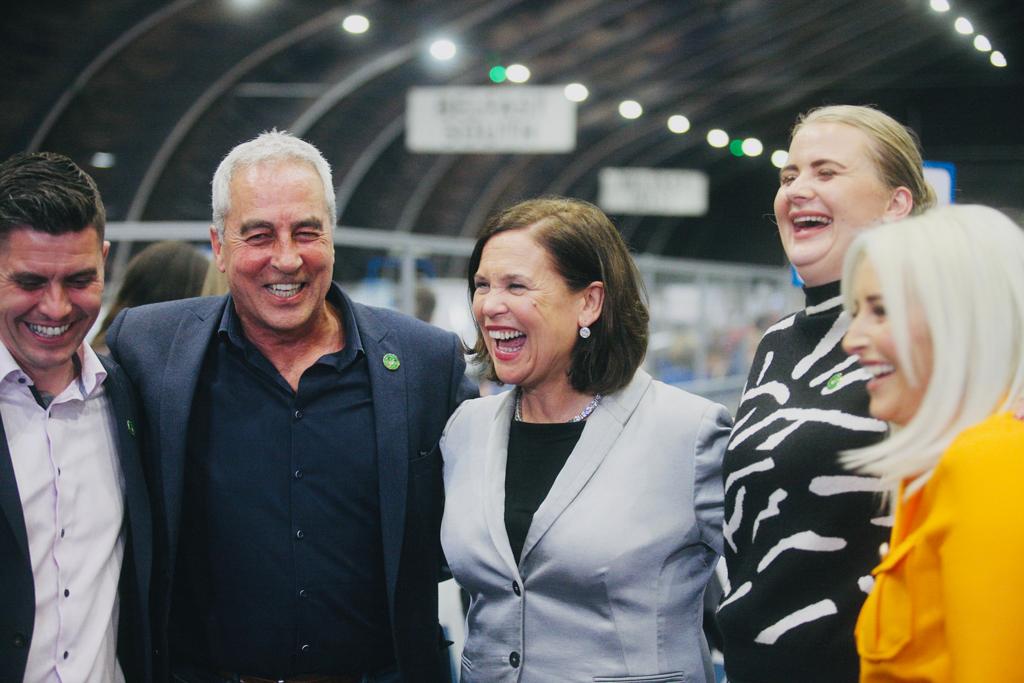 ADAMS: It Was Truly a Transformative Election

It was never supposed to be like this. I watched with interest as one BBC presenter, reporting on the Assembly election results, told his largely British audience that the northern state was deliberately created to ensure that nationalists and republicans would be a permanent minority and that no nationalist/republican leader could ever take up the mantle of Prime Minister or First Minister.

No way. It was to be a unionist state ruled in perpetuity by a permanent unionist majority. Special laws; gerrymandered electoral boundaries; the Special Powers Act; the repression of the state police (the RUC) and the B Specials; and a deep rooted sectarian system of political and religious discrimination all combined to create an apartheid-like state.

The civil rights campaign, the decades of conflict, and eventually the peace process and Good Friday Agreement in 1998 changed this by gradually transforming the political landscape.

Regrettably, not everyone has embraced the new dispensation. There remain those within unionism who still see nationalists and republicans as second class, not worthy of respect, not worthy of equality, not worthy to hold the position of First Minister. They remain trapped in an ethos and culture that that has long passed its sell by date.

Notwithstanding this, last week’s Assembly election changed the fundamentals. There is now a Sinn Féin First Minister Designate. Sinn Féin is the largest party in the Assembly. It received a historic quarter of a million first preference votes. The increase in support for the Alliance Party and the drop in support for unionist parties is also evidence of a fundamental shift in our electoral politics.

The priority now is to get the Assembly and Executive up and running. Political leaders need to face up to the mounting challenge for citizens of increasing fuel, energy and food costs. People are confronted by a cost of living crisis unparalleled in recent decades and need urgent government support to chart a way forward. Almost all of the political parties are ready, willing and able to come together to meet this challenge. The DUP are not. That is their choice.

But their determination to hold everyone else to ransom over a protocol they negotiated and which was introduced by the British government, starkly underlines once again the deeply flawed nature of the northern state.

Republicans are prepared to work the institutions in the interest of all of our people. To do so does not diminish our commitment to, or our ongoing efforts, to persuade others of the merits of a united Ireland. On the contrary, through greater all-island cooperation and harmonization the imperative of unity will became even clearer.

In addition, tackling the cost of living crisis in the longer term, and confronting poverty and inequality is only possible in the context of a united Ireland in which the people of our island have control over our own affairs.

No British government is going to tackle the cost of living crisis or pay for the policies needed to meet these challenges. This reality underlines the need for planning for change and for a rigorous debate on the merits of unity.

100 years ago constitutional change was imposed by fear and intimidation, at the point of a gun and under threat of terrible war. That cannot be the way forward today. Any constitutional change must be democratic and peaceful. It must be rooted in the principles and ethos of equality, parity of esteem and equality. It has to be planned for. The Irish government cannot continue to bury its head in the sand and say no to the logic of dialogue. A citizens’ assembly in which all matters pertinent to constitutional change can be discussed imaginatively, and in good faith, is an obvious forum for this.

There will be a unity referendum. Republicans are not seeking it today or tomorrow. We want an inclusive empowering process leading to an informed decision. We don’t need a rerun of Brexit. That means planning and working with others to build the best possible future.

The reality is that the Assembly election marks a dramatic step change – another of those historic moments when hope and history has rhymed.

The overwhelming majority of citizens on this island want our future to be different from what went before. Those who voted last Thursday want those they have elected to represent their interests, to make power sharing work and to shape a new future.

The British government confirmed this week that it plans to replace the Human Rights Act with a British Bill of Rights. In a letter to Boris Johnson, over fifty human rights groups warned of the “dire consequences” this move will have, particularly in respect of the Good Friday Agreement.

A key component of the Agreement was its recognition of the importance of protecting and safeguarding human rights. The Agreement affirmed a series of core rights;

• the right of free political thought;

• the right to freedom and expression of religion;

• the right to pursue democratically national and political aspirations;

• the right to seek constitutional change by peaceful and legitimate means;

• the right to freely choose one’s place of residence;

• the right to equal opportunity in all social and economic activity, regardless of class, creed, disability, gender or ethnicity;

• the right to freedom from sectarian harassment; and

• the right of women to full and equal political participation.

Underpinning these rights the British government introduced the Human Rights Act in 1998 and completed the incorporation of the European Convention on Human Rights (ECHR) into law. In addition, there was to be a separate Bill of Rights for the North.

Almost immediately the Conservatives and Unionists opposed the introduction of a Bill of Rights. They successfully fought its introduction at every opportunity. To further their attack on the concept of citizens’ rights the Tories announced in the 2015 election manifesto that they would “scrap” the Human Rights Act 1998 (“HRA”). In its place they would “introduce a British Bill of Rights which will restore common sense to the application of human rights in the UK.”

The Bill of Rights the Tories now propose falls far short of what is needed to protect rights.

Recently, Barbara Bolton, who is head of legal and policy at the Scottish Human Rights Commission said: “The reality is the rights enshrined in the Human Rights Act (HRA) touch all areas of our lives. Our family life, freedoms, privacy and right to be protected by the state from violence and harm.”

Additionally, and in the North, the Human Rights Act is also the foundation of rights protections in the exercise of policing.

The decision to scrap the Human Rights Act is a direct attack on the Good Friday Agreement. One result of such a move would be the British government breaching its international obligations. However, as we know only too well from the Brexit experience, Tory governments, and especially Boris Johnson, don’t accept that they are bound by international law. Breaking agreements is second nature.

The British government is intent on diluting human rights and abandoning any notion of accountability. This would make it more difficult for citizens to challenge bad decisions by government through the courts. Its underlying ethos is about promoting inequality in society and denying justice.

Amnesty International has said that the Human Rights Act “carefully and precisely” protects individuals’ rights. It dismisses Tory claims that there is public support for reform. Amnesty also warned that the repeal of the HRA could undercut “public confidence in the new political and policing arrangements” that emerged from the Good Friday Agreement (GFA).

A former Chief Commissioner of the Irish Human Rights and Equality Commission, Emily Logan warned some years ago that a repeal of the Human Rights Act “would have negative consequences for the uniformity of human rights standards across these islands.”

No effort should be spared in opposing any effort to subvert the human rights components of that Agreement.

Simon Coveney, Irish Foreign Affairs Minister was gracious in his response to the election results and Michelle O Neill’s success in becoming First Minister Designate. An Tánaiste Leo Varadkar was most ungracious. An Taoiseach Micheál Martin was even worse. I wonder why? Sore losers. Or just bad manners.