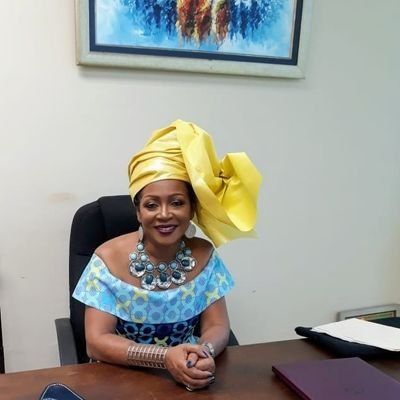 I first published this article in 2005 and again, slightly amended in 2016.

It is dedicated to all candidates from all parties and none, and their families, as well as all the valiant souls who work hard on their behalf.

By the time you get to read or hear these insightful comments the outcome of the Assembly election should be clear.

So I thought this would be a good time to republish it again, slightly amended once more, with a special thought for the majority of candidates who won’t get elected. In West Belfast there are seventeen candidates battling for five seats. Seventeen into five won’t go. Think of them as you digest all the outcomes.

Good luck to them all. Good luck especially to all Sinn Féin’s candidates. It is a great honor to represent Sinn Féin in any capacity, and a huge privilege to seek a mandate from your peers for our historic republican mission. I hope we have a great result.

That’s all in the gift of the electorate. So I thank all the voters as well as all the candidates.

Opinion polls have become an integral part of every election campaign. Many newspaper and broadcast outlets try to second guess the electorate by commissioning polls. And then their columnists or pundits spend a huge amount of time analyzing the poll they just commissioned.

So do many candidates. And their supporters. This can be very stressful. So every candidate and everyone else should be mindful of the particular and peculiar stresses and strains that come with being a candidate. It’s a form of ailment called Candidatitis. It begins with the candidate coming to believe – with a certainty known only to the prophets of old – that they are going to win.

This syndrome is capable of moving even the most rational aspirant or shy wallflower into a state of extreme self belief. It strikes without warning, is no respecter of gender, and can infect the lowly municipal hopeful, the aspiring parliamentarian, as well as the lofty presidential wannabe.

The late Screaming Lord Sutch, or his Irish equivalent, who stand just for the craic, can fall victim of Candidatitis as much as the most committed and earnest political activist. I believe this is due to two factors. First of all, most people standing for election see little point in telling the voters that they are not going to win. That just wouldn’t make sense. Of course not. So they say they are going to win.

That's when Candidatitis starts. As the "we are going to win" is repeated time and time again it starts to have a hypnotic effect on the person intoning the mantra. By this time it’s too late.

Which brings me to the second factor.  Most people encourage Candidatitis. Unintentionally. Not even the candidate’s best friend will say hold on, you haven't a chance. Except for the media. But no candidate believes the media. And most candidates are never interviewed by the media anyway.

So a victim of Candidatitis will take succor from any friendly word from any punter. Even a "good luck" takes on new meaning and "I won't forget ye" is akin to a full blooded endorsement.

So, are we to pity sufferers of this ailment? Probably not. But we should be kind to them.

They are mostly consenting adults, although some parties occasionally run conscripts. In the main, these are staunch party people who are persuaded to run by more sinister elements who play on their loyalty and commitment. In some cases these reluctant candidates run on the understanding that they are not going to get elected. Their intervention, they are told, is to stop the vote going elsewhere, or to maintain the party's representative share of the vote. In some cases this works. But in other cases, despite everything, our reluctant hero, or heroine, actually gets elected. A friend of mine was condemned to years on Belfast City Council years ago when his election campaign went horribly wrong. He topped the poll.

That’s another problem in elections based on proportional representation. Topping the poll is a must for some candidates. But in PR elections such ambition creates a headache for party managers. If the aim is to get a panel of party representatives elected they all have to come in fairly evenly. This requires meticulous negotiations to carve up constituencies. Implementing such arrangements make the implementation of the Good Friday Agreement look easy.

So, dear readers, all of this is by way of lifting the veil on these usually unreported problems which infect our election contests. Politicians are a much maligned species. In some cases not without cause.

It means only placing posters and distributing leaflets in specific areas with clear instructions to the electorate on how we would like them to vote. In some elections I have noticed that some candidates (not Sinn Féin candidates folks) put up posters in their colleague's territory. Not a good sign.

It requires an inordinate amount of discipline on the candidates' behalf not to fall into this trap. Many do. Some don’t. Some get really sneaky, particularly as the day of reckoning comes closer. Panic attacks and an allergy to losing can lead to some sufferers poaching a colleague's votes. This is a very painful condition leading to serious outbreaks of nastiness and reprisals and recriminations if detected before polling day. It usually cannot be treated and can have long term effects.

So, dear readers, all of this is by way of lifting the veil on these usually unreported problems which infect our election contests. Politicians are a much maligned species. In some cases not without cause.

So the next time you look at a poster, or get a leaflet through the letterbox, or are confronted at your door by a wild eyed candidate – occasionally accompanied by a posse of cameras – then take a more tolerant and benign view of the sometimes strange behavior of those citizens who contest elections .

Love them or hate them you usually get the politicians you deserve. Granted, this might not always extend to governments, especially in the South, given the coalitions which come together in blatant contradiction of all election promises or commitments. The lust for power causes this.

So too with the refusal to accept the outcome of this Assembly election unless it returns a unionist First Minister. This condition is probably the most serious ailment affecting our political system at this time. It could be terminal, and will be a challenge for those returned as MLAs.

Before they get to that point, if they ever do, this exclusive insight shows that candidates suffer many torments. Space restrictions prevent me from documenting them all.

So, don’t ignore the visages on the multitudes of posters which defile lamp posts and telegraph poles during election times, and in some cases for years afterwards. Think of the torment that the poor soul is suffering.

When you are accosted by a pamphlet waving candidate, as you shop in the supermarket, or collect the children at school, or are minding your own business as you walk down the main street, try to see beyond the brash exterior. If they get carried away with themselves it’s not really their fault you see. Big boys and girls make them do it.

Most candidates are decent, well-meaning, civic minded citizens.  It’s a pity some have awful politics. So your votes should not encourage them. They will have difficulties enough dealing with defeat as well as the outworking of Candidatitis. But they will recover eventually.

If they get elected they or we may never recover. Please spare us from that.

The legacy of empire, of colonialism, and of slavery, is for many still a matter of the present and not the past. This is especially true for many of the former British colonies in the Caribbean. Last November, Barbados formally removed Queen Elizabeth II as its Head of State. Since then the British government sent two groups of British royals as part of a charm offensive to the region and in an effort to solidify waning British influence. The tours had the opposite effect.

In March the Cambridge’s visited Belize, Jamaica, and the Bahamas. Their first official engagement in Belize was cancelled after the Q’eqehi Maya people organized protests about a land dispute involving a charity which William is a patron of.

In Jamaica, the issue of slavery and the profits which the British monarchy accrued from that despicable practice generated more negative publicity and protests. The Royals offered no apology and made no reference to the role of the British Monarchy in transporting slaves from Africa to the region.

The local media recalled that when enslaved Africans arrived in the Caribbean the slave ships were owned by the Royal African Company and the slaves were branded with initials signifying that the Duke of York was their owner.

The refusal of successive British governments to properly address the issue of reparations arising from slavery, and to acknowledge and apologize for it, has added fuel to the increasing demand for full independence in Belize, the Bahamas, Jamaica, Grenada, Antigua and Barbuda, and St. Kitts and Nevis.

The chair of Jamaica’s National Commission on Reparations, and chair of the U.N. Committee on the Elimination of Racial Discrimination, Verene Shepherd said: “The move towards republicanism is grounded in the belief that it’s time for formerly colonized nations to really live their independence and claim self-determination and not be under a monarchical system.”

Instead of cementing Britain’s influence over the region the royal visits have helped galvanize a renewed interest in, and demand for, an end to colonialism, for reparations, and for self-determination for the Caribbean nations.

The Empire on which the sun never sat is reaching its end stage. Part of that is playing out in the Caribbean. Part of it is also playing out in Scotland and Wales. And here.