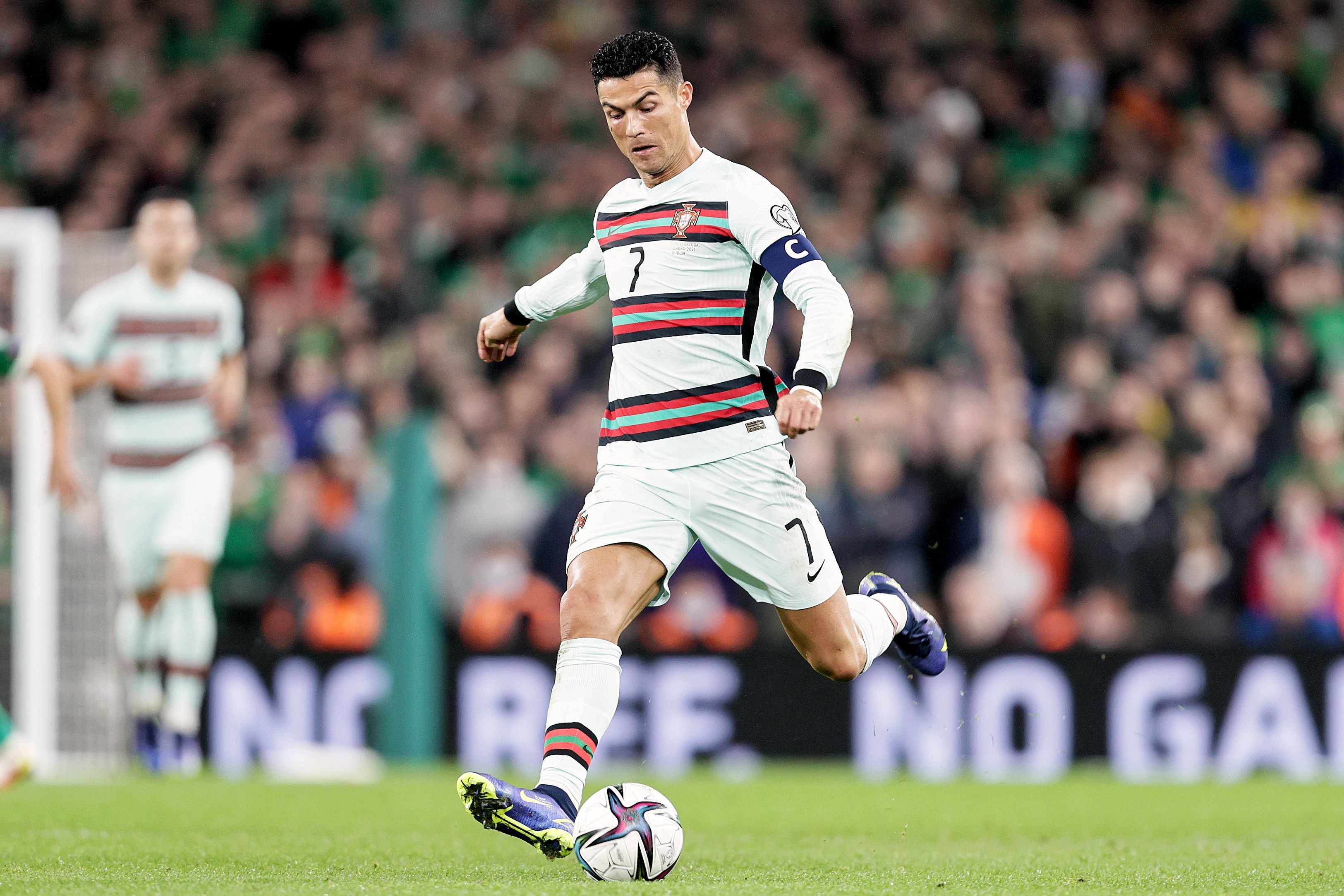 Cristiano Ronaldo celebrated the 60th hat-trick of his career against Norwich at the weekend. Within hours, he and his partner announced the death of their baby son at birth. The baby's twin, a girl, survived. INPHO/LASZLO GECZO

There might yet be an Irish player in this year’s FA Cup final after Liverpool beat Manchester City 3-2 in their semifinal, qualifying to meet Chelsea  at Wembley on May 14. Manager Jurgen Klopp used Cork-born Caoimhin Kelleher in all of their League Cup games and not only did Kelleher play well, he scored the winning goal in the dramatic 11-10 penalty shoot-out in the final against Chelsea. Kelleher also played in the FA Cup games against Shrewsbury Town and Cardiff City this season, but it looks like Klopp will stick with regular keeper Alisson Becker for the final. You never know, though, what might happen before or on May 14, with the young Irish star now apparently the second choice in the position ahead of Adrian.

It will be the Reds’ first final in the famous competition in 10 years and they haven’t won since they took their 7th title in 2006. Back in 2012, they lost to Chelsea. The Blues have become specialists at reaching the final in recent years: this will be their fifth in six seasons. However, while they beat Manchester United in 2018 for their 8th title, they lost in 2017, 2020 and 2021, and will certainly be keen not to be losers three years running nor to be bested by Liverpool in two Wembley finals in the same season.

Liverpool drew first blood on Saturday, with Ibrahima Konate heading in a goal in the 9th minute, and it became a semifinal to forget for City’s American-born ‘keeper Zack Steffen when he was caught in possession by Sadio Mane for Liverpool’s second goal in the 17th, and the Senegalese star made it 3-0 by half-time. Grealish got City back in the game early in the second half and they made a late push with Bernardo Silva getting their second in the 90th minute, but it was too little, too late.

Klopp was thrilled, saying, ‘‘The first half was one of the best we ever played. We did all the right stuff, we scored in the right moments. We were outstanding and I loved each second of it.’’

In Sunday’s semi, Chelsea’s Ruben Loftus-Cheek and Mason Mount scored for their 2-0 win over Crystal Palace.

With Liverpool and City involved in Cup action, most of the focus in the EPL was in race for the fourth Champions League place. Chelsea look to have third place secured, but Arsenal and Tottenham both slipped up in the battle for the 4th spot. Spurs were beaten 1-0 at home by Brighton, who a week earlier had beaten Arsenal at the Emirates. Doherty, who was injured last week, was out of the match-day squad. On Saturday the Gunners were beaten again, losing 1-0 away to Southampton, for whom Shane Long was a second half sub  Spurs hold on to 4th place for now, but Manchester United are now only three points behind after a Ronaldo hat-trick gave them a 3-2 home win Norwich. It was Ronaldo’s 60th hat-trick of his career.

Burnley sacked long-serving manager Sean Dyche on Friday morning and under 23 manager Mike Jackson was in charge for Sunday’s 1-1 away draw with West Ham, which sees Burnley still in the drop zone, but only three points behind Everton in the race to avoid relegation. Irish international Nathan Collins had a good game for the Clarets on Sunday, although he and his teammates will feel they let a good opportunity for a win slip away. With West Ham still recovering the effects of their Europa League quarterfinal win on Thursday, the visitors could have made it 2-0 before half-time when Cornet was brought down by goalkeeper Fabianski; but the Ivorian shot the subsequent spot-kick wide.

Meantime, any talk of the Saudi Arabian-owned Newcastle United being in danger of relegation is gone for this season. The Geordies beat Leicester 2-1 on Sunday and they now look very safe in 14th place.

In Scotland, Derry-born Aaron McEneff was a first half sub for Hearts who beat Edinburgh rivals Hibernian 2-1 at Hampden Park on Saturday. Hearts will play Rangers in the Scottish Cup final on May 21. The Gers beat Celtic 2-1 in the second semi-final on Sunday.

The Republic of Ireland Women’s team did their World Cup play-off hopes a power of good with a 1-1 draw against Sweden in Gothenburg last week. A great strike by captain Katie McCabe just before half-time gave the Irish girls a shock lead. They were under fierce pressure from the group leaders and Asllani duly got Sweden’s equalizer on 79 minutes. The draw means that Sweden have qualified for the World Cup in Australia and New Zealand next year. The Republic drop to third place in the group, but with a game in hand on Finland.

Cristiano Ronaldo and partner Georgina Rodriguez have announced the death of their baby boy at birth, saying it is the "greatest pain that any parents can feel." The survival of the baby's twin sister, they said, "gives us the strength to live this moment with some hope and happiness."

Northern Ireland women’s captain Marissa Callaghan has backed manager Kenny Shiels following his controversial comments last week following the 5-0 defeat to England in a World Cup qualifier at Windsor Park.  Shiels apologised for saying ‘‘women are more emotional than men and when they concede a goal they don’t take it very well.’’ Callaghan said: ‘‘Collectively we stand by our manager. We feel his interview was in relation to a meeting we had as a team where we analyzed why we concede goals in quick succession, and emotions was one of the many things we discussed. Since Kenny took over our national team three years ago, I have always complimented him publicly on how he can get the best out of his players individually and collectively. He is a man of integrity who cares for us like we are family.’’

Manchester City are through to the semi-finals of the Champions League, where they will play Real Madrid. The first leg will be played in Manchester on April 26 with the second leg in the Bernabéu on May 4. City took a 1-0 lead to Madrid last week and their players were subjected to some rough treatment by Atletico in a game that ended in  0-0 draw. Real beat Chelsea 5-4 after extra time. The second semi-final will see Liverpool play Villarreal. The Pool beat Benfica 3-1 in the first leg in Lisbon and they drew 3-3 at Anfield last week to qualify  6-4 on aggregate. The first leg will be played at Anfield on April 27 with the second leg in Spain on May 4. Elsewhere West Ham and Rangers are through to the Europa League semi-finals, while Leicester are through to the Conference League semi-final, where they will meet Roma.