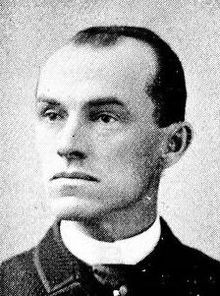 For over a century, Brooklyn’s McCarren Park has served as an urban oasis, dividing Greenpoint from Williamsburg to the south. Recently, some activists have suggested renaming the 36-acre park after  abolitionist physician James McCune Smith, who  was born into slavery in Manhattan in 1813, but graduated from medical school and became the first African American physician. Smith briefly lived in Williamsburg after the horrible Draft Riots of 1863 forced African Americans like him to flee Manhattan.

So who was Patrick McCarren and why do people want to strip his name from a park after a century? McCarren was born in Massachusetts in 1849 to Famine refugees from County Tyrone. His family then moved to Williamsburg where Pat went to the local grammar school. Too humble to continue his education, McCarren apprenticed as a cooper, making barrels for the local sugar mill, but ambition led him into Democratic politics.  At first, he tried to run as an outsider and reformist against the well-established Democratic Party machine for a seat in the New York State Assembly. McCarren, however, was trounced by the massively corrupt political machine of boss Hugh McLaughlin, the son of Irish immigrants who ran Brooklyn for almost 40 years, while stealing 10s of millions of dollars. Recognizing McCarren’s political skills, however, McLaughlin co-opted him to join the machine and serve as a State Assembly member where McCarren quickly proved to be a talented legislator.

Indeed, McCarren was such so able a lawmaker that the boss promoted him to the State Senate where he rapidly became one of the most powerful Albany power brokers.  A Machiavellian figure, but also a brilliant dealmaker, McCarren had few ideological barriers, and still fewer moral scruples, about cutting deals that would serve the Democratic political machine, and more importantly corporate interests. He quickly became one of the first corporate lobbyists in American history during the 1880s when monopolies like the sugar producers and Standard Oil were making huge fortunes in Brooklyn. These corporations paid McCarren to protect their interests, which he did brilliantly. His income at the turn of the century from influence pedaling was estimated at $2,000,000 annually.

Corporations paid extremely well, but McCarren spent it as fast as he made it. He became one of the most legendary gamblers in New York history. When state senators earned three dollars a day, he lost a hundred thousand a year at the racetrack in Saratoga and $75,000 in one race alone. McCarren also took huge sums from racetracks, casinos and the liquor industry to protect their interests. When campaign time approached, corporate money was spent liberally. Local bars bought free drinks in return for votes and local longshoreman were paid handsomely to intimidate McCarren’s political opponents.

A shrewd politician, McCarren also knew that his political career rested on bringing home the legislative bacon. Thanks to McCarren, North Brooklyn got the Williamsburg Bridge in 1903 and in the same year he called in many political favors and twisted arms to have a special session of the State Senate fund the expensive condemnation of local real estate to create the park that would later bear his name.

In 1909, McCarren died, and his funeral was reportedly the largest ever seen in Brooklyn at that time. There was a general consensus amongst both New York Democrats and Republicans that the park he created should be renamed in his honor.

McCarren, like many of the historical figures we honor with parks, public buildings or bridges, has a dubious legacy, but North Brooklyn would never have received a park without his political machinations.  Generations have grown up calling the senator’s legacy McCarren Park. Changing the name of the park would rob North Brooklyn of an important link to an important figure in its history. I believe the city should retain the name of the park, but we should all be aware of McCarren’s complicated legacy.