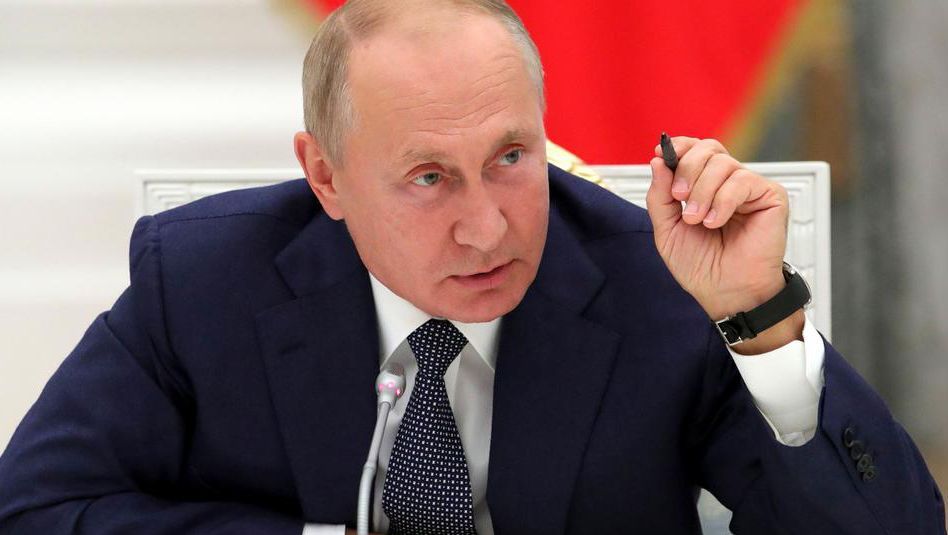 Many have voiced the same expression of disbelief. How can this be happening in 2022, in the 21st Century?

We humans like to take comfort in the fact that we are living at the pinnacle of history, in modern times - times that somehow have to be better than former times simply because they are, well, modern.

So how to explain the war in Ukraine, the Russian war in Ukraine. It has been compared to imperial misadventure of centuries past.

But, really, it is a misadventure very much of the present.

Sadly, there's no reason why the mere date on the calendar somehow regulates human activity of the more malevolent kind.

Vladimir Putin is a 21st century man, albeit with the mindset of a bad man in any century. Take your pick!

It bears remembering that the bloodiest century in the long tale of the human race was the one that passed into history just over two decades ago.

How this 21st century will ultimately rank in the dubious league of bloody centuries remains to be seen.

When we set out to describe especially cruel and malicious actions against people, especially the innocent and the helpless, we are apt to use the word "medieval" - as if this somehow takes away our present day responsibility by casting blame on people from another period in time.

Oh no, this is not the way we do things. That's the way they did it in medieval times. Or, "they went all medieval on him, poor man."

Well, in Ukraine, welcome to the new medieval - with a technological twist.

The Washington Post reported on the use by the Russians of "mini arrows," so-called fléchettes, small arrow-like projectiles dispersed by Russian artillery shells.

Stated the Post report:  "At 3 centimeters in length, these fléchettes look like tiny arrows. They have a long history in war — a version of them was dropped from airplanes in World War I and used by the U.S. in Vietnam — but are not in common use today. Shells packed with fléchettes are primed to explode over infantry formations and spew projectiles in a conical pattern, with some versions dispersing fléchettes across an area three football fields wide."

Only in this case the arrows are being specifically aimed at civilians.

Again the Post report: "Some human rights groups have decried the use of fléchettes because they are indiscriminate weapons that can strike civilians even if they are aimed at military formations. They are not banned by international conventions, but 'they should never be used in built-up civilian areas,' Amnesty International has said."

Now of course these mini arrows, or darts as they are also referred to as, are just one example of death raining from the skies over Ukraine. But they seem particularly insidious, dare we say it: medieval.

If we are truly to leave behind the worst of our past we must first relinquish the hubris rooted in the fact that we somehow think that the present day, our modern time, has to be somehow better than past times simply because we are sitting at the peak of human existence in chronological terms.

Five hundred years from now, assuming our planet and all on it survive, people will be looking back at the 21st century with rather more of a jaundiced eye than we might want to expect.

Ah yes, the late medieval period - distinguished from the earlier version by virtue of the fact that the arrows were not released by bows, but rather a weapon called a howitzer.

We all need to come down from our high, modern, horses. 2022 is no port in the storm of time. It will be what we make of it in our own time.

There are more fingers on Russia's trigger than just Vladimir Putin. Patriarch Kirill of Moscow, head of the Russian Orthodox Church, is very much a supporter of the war in Ukraine. God knows why and perhaps, if justice is to be done, God will have the final say in the matter.

Suffice it to say, the Russian church is all but an arm of the Kremlin and the Russian military.

It has been reported that Pope Francis has partly held his tongue on the war against Ukraine because Rome has been about the task in recent years of building bridges with the Russian Orthodox Church. Well, shelve that notion.

How inspiring would it be if Pope Francis turned up in Kyiv and gave old Kirill a de facto kick in his be-robed transom, a belt of the papal crozier? How inspiring indeed.